Zion Williamson is back; so, too, are Duke's hopes of ACC, national championships 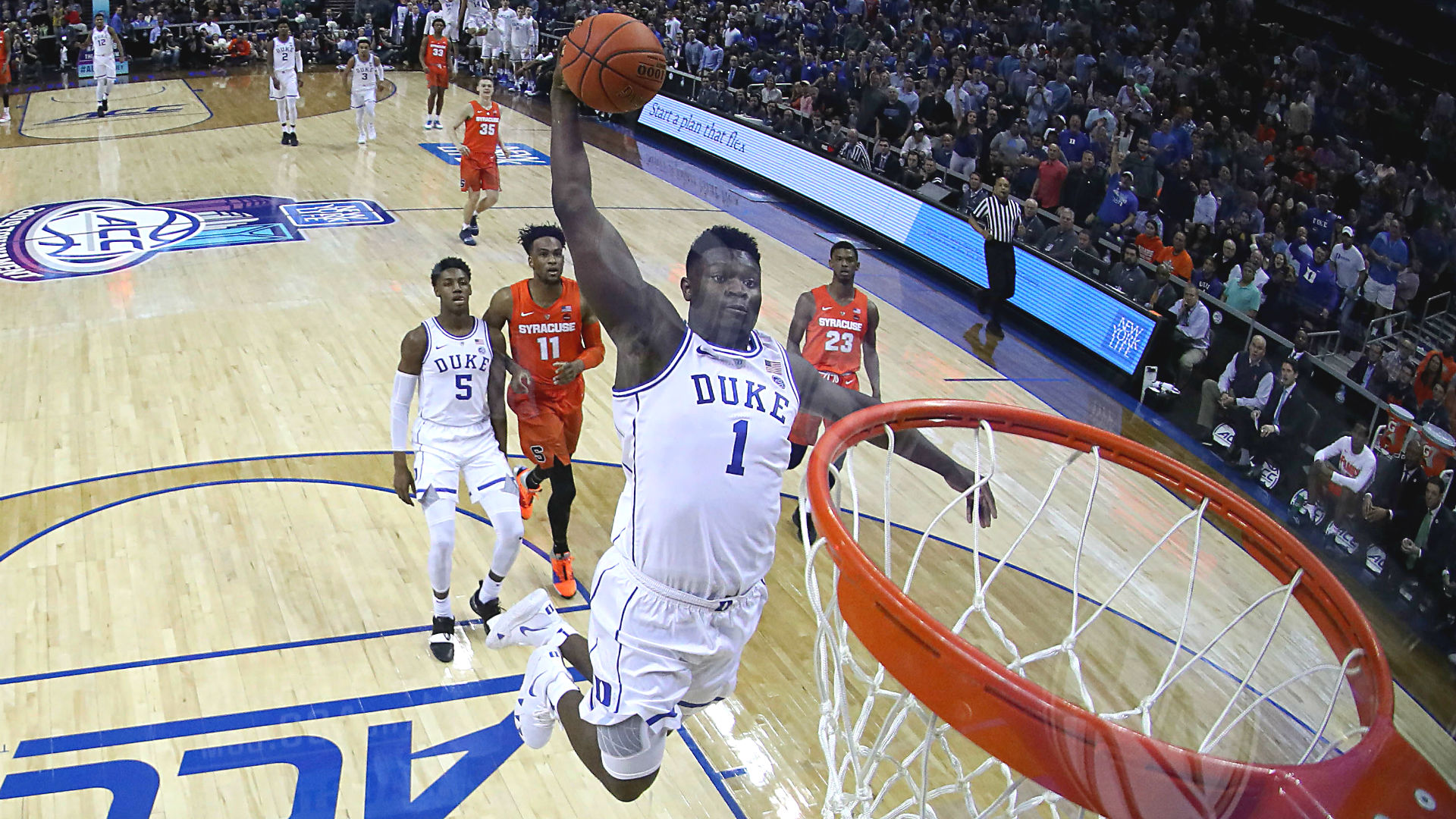 His pregame layups ignited cheers. A 360 dunk his third time through the line was merely an appetizer for the entree that was to come.

Zion was back, and there was no doubt about it.

The 6-7 freshman wunderkind scored Duke’s first basket 92 seconds into the game — about a minute longer than he lasted in an appearance for the Blue Devils some three weeks earlier when his sneaker gave way in front of more than 9,000 Cameron Crazies and a former U.S. president — and then followed up that opening score with a steal and tomahawk dunk that turned the Spectrum Center into a madhouse because of course he would.

“I wanted to be out there every game,” Williamson said of missing five games with a knee sprain caused by the shoe collapse. “I see my brothers out there battling, and I just wanted to go to war with them.”

His return Thursday was more of a skirmish as the Blue Devils (27-5) coasted to an 84-72 victory over Syracuse (20-13) in the ACC Tournament quarterfinals. The Orange cut the Blue Devils’ lead to a point early in the second half, but it never felt as though they were capable of spoiling Williamson’s night.

Duke fans booed when Jack White failed to see an open Williamson tearing down the sideline for a would-be breakaway dunk. Fans and media had spent weeks building up the legend of Zion Williamson, and they would not be deprived of an opportunity to add to his endless highlight reel.

An editor would have chastised a writer for making the script too unbelievable. Williamson didn’t miss from the floor the entire night — just a ho-hum 13-of-13 — in a performance never before seen in the ACC Tournament’s 66-year history.

“I don’t think he missed a shot in practice today, either,” Duke freshman wing Cam Reddish told Sporting News. “Pretty sure he’s like 100 of 100 today.”

Almost everything was perfect about his comeback. Aside from nearly being tripped by Syracuse’s Frank Howard and 2-of-9 shooting from the free throw line, the likely top pick in the upcoming NBA Draft was flawless.

“I wouldn’t say perfect,” Williamson said. “I couldn’t really throw a tennis ball into the ocean with my free throws, so I wasn’t perfect.”

So maybe he wasn’t “perfect,” but his timing could not have been more so. Duke clearly struggled without the phenom; it stumbled to a 3-3 record to close the regular season. The Blue Devils were swept by rival North Carolina and outscored by a combined 25 points in the two games.

Friday night, Duke will get a chance to prove the old adage “Third time’s a charm.” It will have another appointment-television showdown with UNC thanks to the Tar Heels easily handling Louisville in the quarterfinal right before Duke-Syracuse.

Duke will be without an injured Marques Bolden, but make no mistake: A North Carolina win in Charlotte would be far removed from any asterisk associated with the previous two. The Blue Devils are a whole different animal with Zion in the lineup. He’s transcendent, jaw-dropping, a human highlight.

Zion Williamson is back; so, too, is Duke, and there’s no doubt about it.