Ziggy Marley has given his backing to environmental campaign groups like Extinction Rebellion. The reggae singer says politicians and business are not listening to... 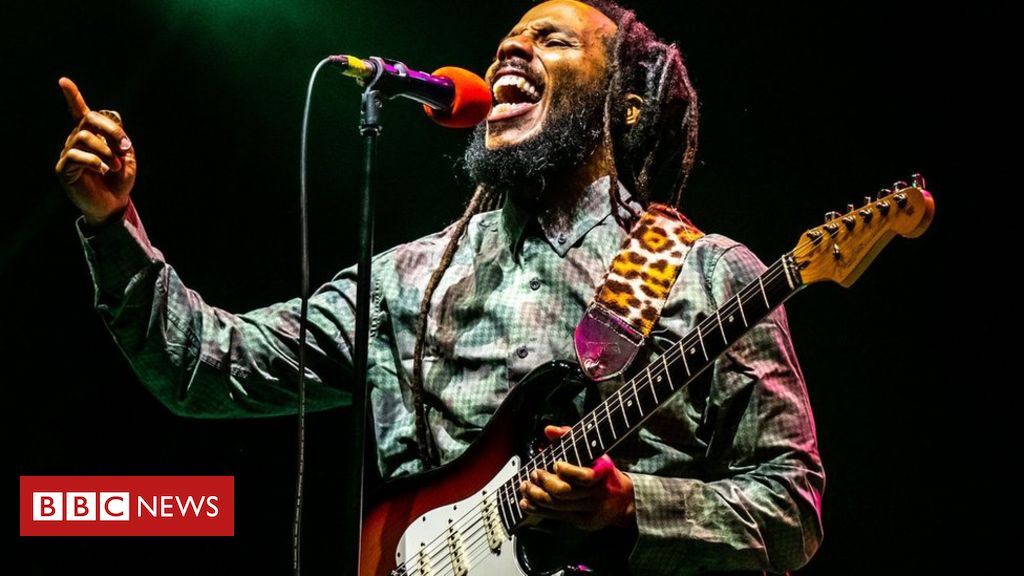 Ziggy Marley has given his backing to environmental campaign groups like Extinction Rebellion.

The reggae singer says politicians and business are not listening to the public’s concerns about climate change and pollution.

“I feel things like Extinction Rebellion are necessary,” he told the BBC after headlining the Womad world music festival.

“We have to be more willing than those who are in a place of power,” he said.

Extinction Rebellion – whose campaign of civil disobedience saw London’s Oxford Circus brought to a standstill for several days in April – had a stand at the festival in Wiltshire over the weekend and potted trees were planted by organisers on each side of the main stage in a nod to the group’s pop-up gardens on London’s Waterloo Bridge.

A 300ft (90m) crop circle, featuring the Extinction Rebellion logo, had been carved in a field near the festival site to highlight “food security issues, within the context of climate and ecological collapse” the group said in a statement.

“The politicians and the industrial complex of financial institutions and big billionaires who profit from the destruction of the planet see no urgency in making an effort to make a change because of the bottom line,” Marley exclusively told the BBC, following his energetic headline set.

“They are making a profit. They don’t want to jeopardise that.

“We have to be more willing than those who are in a place of power, who want to see a continuation. The politicians are not on our side. The religious leaders aren’t on our side. Only we, the people, are on our side.”

Marley’s latest album, 2018’s Rebellion Rising, features songs with titles such as The Storm is Coming and World Revolution.

Recently, the singer asked his tour management to replace disposable water bottles with reusable ones, after hearing about the damage caused to sea life by plastic waste.

“Now it’s time for action really,” he said. “But we have to find a really mass movement. We have to find a way. I know we can do it. We just need a push. That’s what the album is about, it’s a push.”

As well as playing songs from Rebellion Rising and his own back catalogue, Marley played some of his father’s music, including Jamming and One Love, which went down particularly well with the festival crowd.

“I feel good that we keep it alive. His music is a part of us and a part of the world and the message still needs to be there,” said Marley, who was 12 when his father died of cancer.

Marley Sr was known for his outspoken views on issues on poverty and human rights and his son has taken up the torch with new tracks like See Dem Fake Leaders.

The US resident said Donald Trumps’s 2016 US presidential victory, when he lost the popular vote but won more electoral college votes from the states than his rival, exposed weaknesses in the country’s electoral system.

“It is so corrupt. It is so one-sided. It can be manipulated to do such negative things and be such a divisive force in a country that is called the United States.”

He added he dislikes the treatment of Latin American migrants on the US border with Mexico, where children have been separated from parents.

“We agree that you must protect your borders but you have to treat people, human beings, with some kind of respect and love.

“The rhetoric and the kind of hate that he [Trump] encourages and then acts as though he’s innocent of that encouragement, that is terrible.”