Al-Sharq al-Awsat, London, August 19 Last week, we found ourselves facing another serious crisis in the region – perhaps one that could ignite fighting... 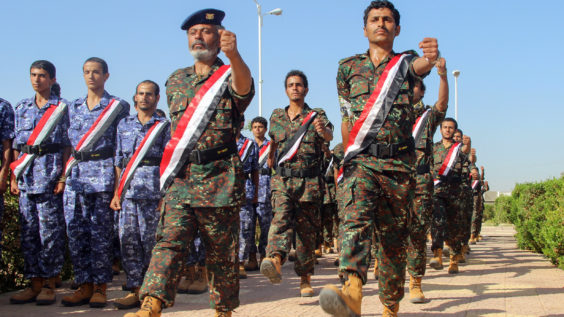 Last week, we found ourselves facing another serious crisis in the region – perhaps one that could ignite fighting in Yemen for at least ten more years. Thankfully, at this wonderful moment we see that this was avoided by prudence on all sides. Yemen’s Southern Transitional Council (STC) announced its willingness to join a conference in Saudi Arabia to discuss the future of Yemen. Everyone is going to Jeddah to seek durable solutions. The STC has retreated from its takeover of Yemeni government institutions and issued statements confirming its acceptance of Yemen’s legitimacy as enshrined by the United Nations. Indeed, the STC reassured the Saudis, relieved the UAE of great embarrassment and, more importantly, saved itself and its people, the citizens of the south, and the entire region from more bloodshed. But the debate, of course, will not stop. I have read articles by Dr. Mohammed al-Rumaihi and Dr. Saad al-Ajmi on the dispute. In short, they believe that the independence of Southern Yemen is the best solution. Even educated Saudis believe that the Saudi interest is to carve out two or three Yemeni states, and not one united Yemen. This is especially true since the experience of dealing with a unified Yemen ruled by the regime of the late President Ali Abdullah Saleh was difficult and harmful for Saudi Arabia. But it is dangerous to tamper with the political entities of states. I tell Dr. al-Rumaihi and Dr. al-Ajmi, these two esteemed Kuwaiti intellectuals, that delegitimizing and dismantling a state recognized by the UN threatens all countries in the region, including Kuwait itself. Accepting illegal separation is exactly the same as illegal annexation! I am never against the right of southerners who want a separate state or the establishment of a southern republic, but they must achieve it by legitimate means, either by reaching understandings with the Yemeni state when its institutions return to functioning, or through the UN. We can spend the coming days talking about past mistakes, but this would be futile. None of us truly believe that the southerners can reach a consensus on who should be their leader, let alone on the name of their hypothetical state, its government structure, and its laws. Instead, there are political strongmen with various allegiances fighting over the ability to lead the southerners in their quest for sovereignty. We can only hope that the parties meeting in Jeddah will engage in serious conversation about the nature of their relations with the central Yemeni state, leaving the talk of separation for the future, or assuming control of the narrative through the appropriate international legal channels. – Abd al-Rahman al-Rashed