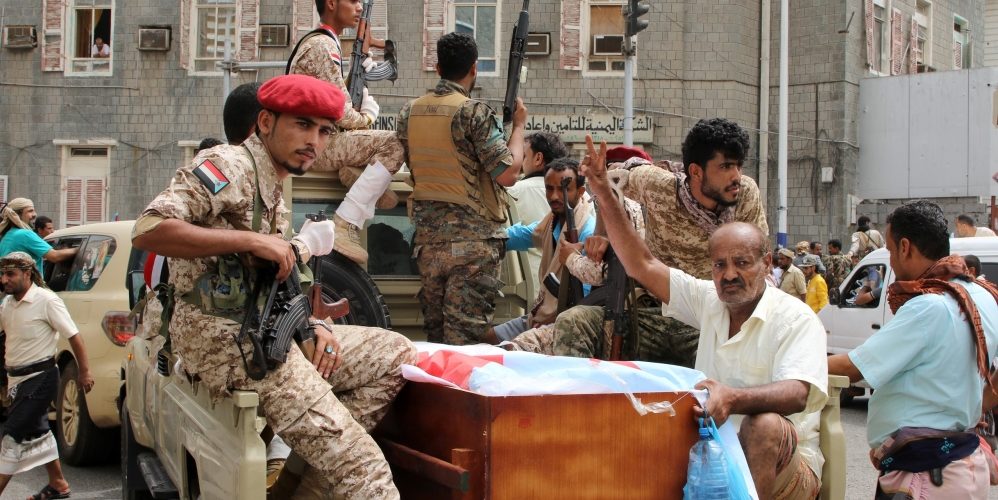 A spokesman for the Saudi-led coalition fighting the Houthis in Yemen said later on Friday that a Houthi drone targeting Abha had been intercepted and downed.

Al Masirah TV’s Twitter feed quoted the Houthi military spokesman Yahya Saria as saying that the attack on Abha airport on Thursday targeted the monitoring tower and other sensitive locations in Saudi Arabia, adding that air traffic was disrupted.

Earlier this week, Houthi drones targeted civilian airports in the southern cities of Abha and Najran, as well as the King Khaled airbase in Khamis Mushait.

The attacks come just days after the rebels carried out a deadly attack on a security training camp near Yemen’s government-held second city Aden.

The Houthis – who have faced persistent coalition bombing since March 2015 which has exacted a heavy civilian death toll – have stepped up missile and drone attacks across the border in recent weeks.

Nine civilians were wounded in a July 3 Houthi attack on Abha airport, the coalition said.

A June 12 missile attack on the same airport wounded 26 civilians, drawing warnings of “stern action” from the coalition.

And on June 23, a rebel attack on Abha airport killed a Syrian and wounded 21 other civilians, the coalition said.

In response to the Houthi attacks, the Saudi coalition has targeted military sites belonging to the group, especially around Sanaa. 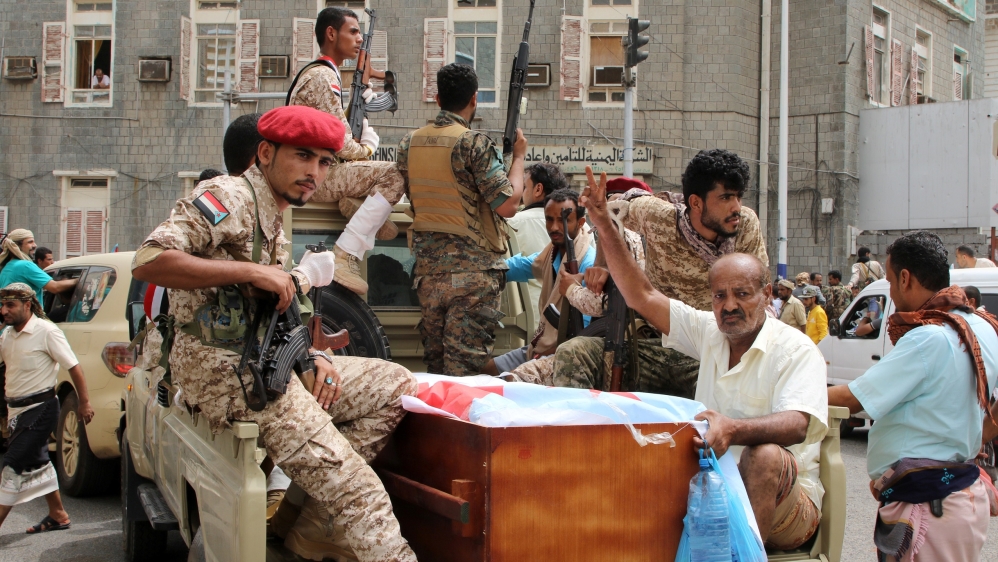 The raids come amid heightened regional tensions as key Saudi ally the United States presses a “maximum pressure” campaign against its archrival and Houthi ally, Iran, after withdrawing from a landmark 2015 nuclear deal between major powers and Tehran.

The Saudi coalition intervened in support of the Yemeni government in 2015 when President Abd-Rabbu Mansour Hadi fled into Saudi exile, as the rebels closed in on his last remaining territory in and around Aden.

Since then, the conflict has killed tens of thousands of people, many of them civilians, relief agencies say.

Fears of new battlefront in the fighting are also growing as the Saudi-backed government forces have clashed against the United Arab Emirates-backed Security Belt forces in the port city of Aden on Wednesday and Thursday.

After dozens of their soldiers were killed in a Houthi attack last week, the southern separatists led by Aidarous al-Zubaidi blamed the internationally recognised government of Hadi of failing to protect them, and called for Hadi’s government to be overthrown.

In an interview with Al Jazeera, William Lawrence, a military and security analyst at George Washington University, said the situation in Yemen is “bordering on chaos”, making the prospect of peace “much more difficult”.

“All the spoilers are spoiling more than usual, and that makes everything more difficult.”

The fighting has triggered what the United Nations describes as the world’s worst humanitarian crisis, with millions displaced and in need of aid.