Yemeni Separatists Took Over Most of the Southern City of Aden

BEIRUT, Lebanon — Yemeni separatists took over most of the southern city of Aden on Saturday, a major blow to the country’s internationally recognized... 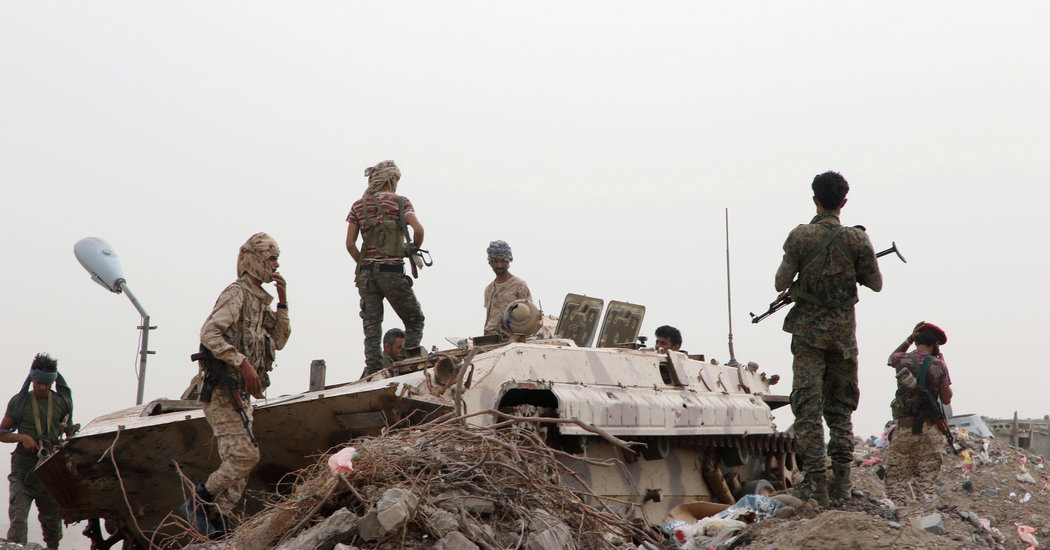 BEIRUT, Lebanon — Yemeni separatists took over most of the southern city of Aden on Saturday, a major blow to the country’s internationally recognized government and to efforts by Saudi Arabia to put it back in control of all of Yemen.

The takeover followed four days of intense fighting that terrified residents, killed dozens of people and split one of the main coalitions fighting Yemen’s civil war.

The loss of Aden means that Yemen’s government no longer has a foothold in two of the country’s most important cities, even though it is internationally recognized. That could severely complicate international efforts to broker a peace agreement and restore the government, prolonging a multisided conflict that has sparked the world’s worst humanitarian crisis.

The violence broke out earlier this week between secessionist fighters and forces loyal to Yemeni President Abdu Rabbu Mansour Hadi, who is based in Saudi Arabia. On Saturday, the secessionists seized Aden’s military bases and the presidential palace after allowing the soldiers posted there to surrender, said Nizar Haytham, a spokesman for the secessionists, known as the Southern Transitional Council.

The Yemeni Foreign Ministry blasted the takeover as “a coup against the organizations of the legitimate state,” in a statement posted on Twitter.

Yemen’s conflict began in 2014 when rebels known as the Houthis took over the country’s northwest, including the capital, Sana. The government fled south to Aden, and a coalition of various other forces came together to fight the rebels.

In spring 2015, Saudi Arabia, the United Arab Emirates and other Arab countries launched a bombing campaign aimed at helping the anti-Houthi forces and restoring Mr. Hadi’s government. But the war soon settled into a stalemate. The forces fighting for Mr. Hadi failed to gain much ground, and Mr. Hadi and his ministers spent most of their time in Saudi Arabia, shielded from the conflict at home.

The fighting in Aden pitted two forces that were supposed to be on the same side — separatists and Hadi loyalists, both of whom are anti-Houthi — against each other. Making matters worse, the Saudis supported Mr. Hadi’s forces while the Emirates supported the secessionists, making the fight an accidental proxy battle between two powerful Gulf allies.

The shattering of the Yemeni government coalition will complicate international peacemaking efforts, all of which have sought to find a deal that would restore Mr. Hadi’s government in Sana. But the more his forces lose ground, the more remote that prospect becomes.

The Houthis, who long ago said they did not recognize Mr. Hadi’s government, appeared to be gloating that another Yemeni armed force had given up on Mr. Hadi.

“Now the government of the hotels and illegitimacy chased from the land has ended. What next?” a Houthi official, Hussein Ezzi, said on Twitter. “Is there any thread of shame left for the deluded ones and the dreamers?”