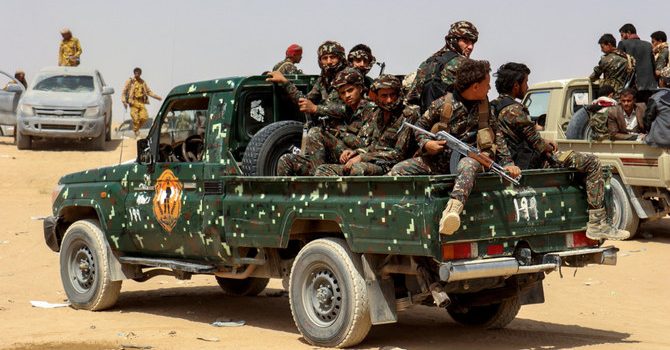 Hezbollah9 Houthis9 Marib7 Yemen Army1
AL-MUKALLA: A Hezbollah military leader fighting for the Iran-backed Houthis has been killed in clashes with government forces in the central province of Marib,... 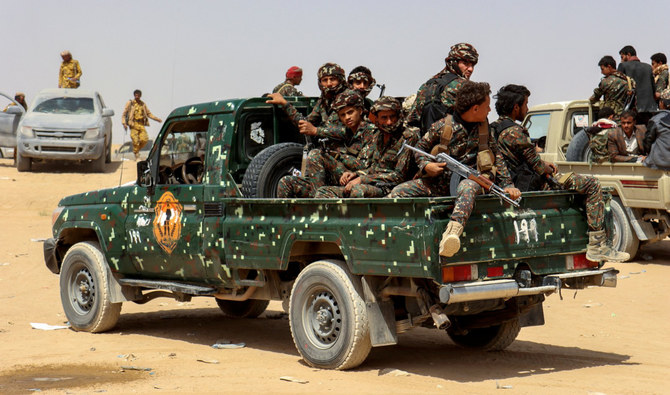 AL-MUKALLA: A Hezbollah military leader fighting for the Iran-backed Houthis has been killed in clashes with government forces in the central province of Marib, Yemen’s information minister revealed on Thursday.

The Houthis are being supported by thousands of fighters, including many from Iran, Lebanon, and Iraq.

The minister urged an intensification of sanctions against Lebanese Hezbollah and demanded that the government in Lebanon curb the influx of Hezbollah fighters to Yemen.

The Yemeni government has long accused Iran of deploying fighters from its proxy militias in the region to reinforce the Houthis.

In August, the Yemeni government announced the death in a coalition airstrike in Serwah of an Iranian military officer who was providing the Houthis with frontline military advice in Marib.

Meanwhile, sources in Marib reported an increasing number of attacks by the Houthis on government troops over the past two weeks which had been concentrated on a chain of mountains known as Al-Balaq, on the southern edges of Marib. Heavy fighting had left dozens of combatants dead on both sides, they said.

Several civilians were wounded on Thursday when two missiles fired by the Houthis ripped through Al-Hamma camp that hosts 264 internally displaced families on the outskirts of Marib, the government’s Executive Unit said.

It added that the number of displaced people living in Marib city and its surrounding areas had increased to 2,231,460 after 96,328 people had fled districts south of Marib since early September.