Specialist auctioneers Morton & Eden will put up one of the world’s rarest and most highly-prized of all Islamic gold coins for auction in... 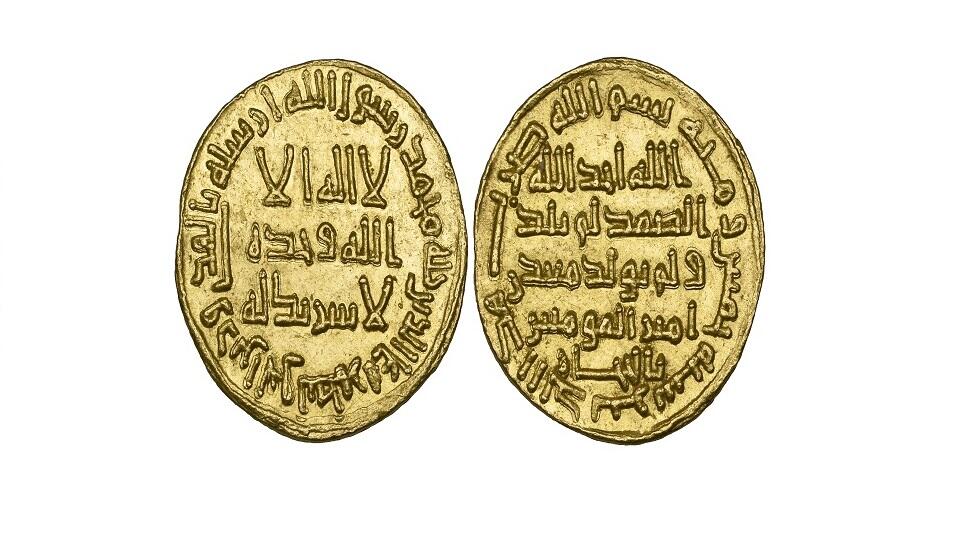 Specialist auctioneers Morton & Eden will put up one of the world’s rarest and most highly-prized of all Islamic gold coins for auction in London on October 24.

This is the highest estimate for any lot previously offered for sale by Morton & Eden.

The reason for this expensive price tag is the fact that this Umayyad dinar, dated 105h (723AD), bears a short line of text Ma‘din Amir al-Mu‘minin, which translates as ‘Mine of the Commander of the Faithful.’

In other words it states that the dinar was made from gold mined at a location owned by the Caliph himself.

As the successor to the Prophet Muhammad, the Caliph was all-important. He was the supreme religious and political leader of the early Islamic state, making this the ultimate provenance for any Islamic relic.

What makes this dinar even more desirable is the fact that it bears the additional legend “bi’l-Hijaz” affirming that the mine was located “in the Hejaz”, located between Makkah and Madinah, in the west of present day Saudi Arabia, said the specialist auctioneers.

Prior to the mine being owned by the Caliph, the previous owner had acquired the land directly from the Prophet Muhammad adding further importance to the coin. In essence this is the first Islamic gold coin to name a location in Saudi Arabia, and indeed the earliest from the Gulf Region as a whole, it stated.

Only about a dozen of these coins are known today, and almost all are now held in private collections or major international museums, he stated.

This is only the second specimen ever to be offered at public auction, said the statement from Morton & Eden.

The other was also auctioned by the specialist auctioneers in 2011 when it sold for an astonishing £3.72 million, setting a record price for any Islamic coin and for any coin sold at auction in Europe, it added.