World leaders point to BRI as model of globalisation

BEIJING – World leaders are looking to China’s Belt and Road Initiative (BRI) as an answer to the growing push back against globalisation. At... 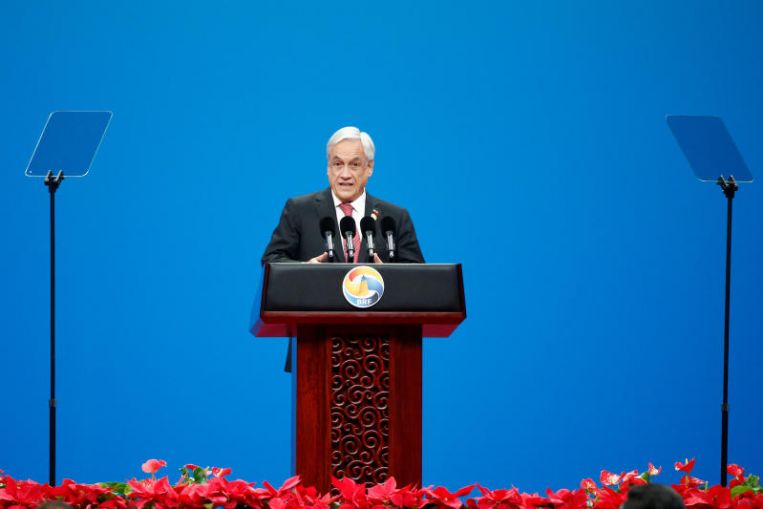 BEIJING – World leaders are looking to China’s Belt and Road Initiative (BRI) as an answer to the growing push back against globalisation.

At the opening ceremony of the Belt and Road Forum in Beijing on Friday (Apr 26), foreign leaders called China’s megaplan to build a mercantilist network linking the country to Europe, Africa and the rest of Asia, as a new model of globalisation, and a way to uphold multilateralism.

Their comments come as the world faces the uncertainty of Brexit and a United States increasingly disenamoured with the global trading system.

“We live in a time of scepticism and even doubt about the benefits of having free and open economies,” said Chilean president Sebastian Pinera.

“Many governments mistakenly are taking restrictive economic policies – we believe this is not helpful in addressing the problems we face today.”

The BRI on the other hand is an opportunity to “work together to promote integration, free trade and uphold multilateralism through cooperation”, he said.

Mr Pinera was one of seven leaders who spoke in favour of Chinese President Xi Jinping’s signature project at the forum’s opening on Friday (April 26).

Some 37 heads of state or government are attending the second edition of the three-day forum this year, which began on Thursday.

On Friday, former Kazakhstan president Nursultan Nazarbayev also told leaders gathered at the China National Convention Centre that globalisation was transforming as a result of the BRI.

“The initiative of the Belt and Road has presented a new model of globalisation that has an Eastern face,” he said.

It was during a visit to the Kazakhstan in 2013 that Mr Xi first mooted the idea. Since then his country has signed 173 deals with 125 countries and 29 international organisations on the mega-project.

United Nations secretary-general Antonio Guterres said the BRI can accelerate sustainable and green development, provide funds needed for infrastructure in developing countries, and offer an opportunity to “contribute to the creation of a more equitable, prosperous world for all”.

Meanwhile, Malaysian prime minister Mahathir Mohamad threw his support behind the BRI and said he was sure his country would benefit from it.

“The Belt and Road idea is a great idea. It can bring the landlocked countries of central Asia closer to the sea… Everyone will benefit from the ease of travel and communication that the development of the Belt and Road project will bring,” he said.