Media playback is not supported on this device Britain’s Joe Fraser won his first World Gymnastics Championships gold medal with a stunning victory in... 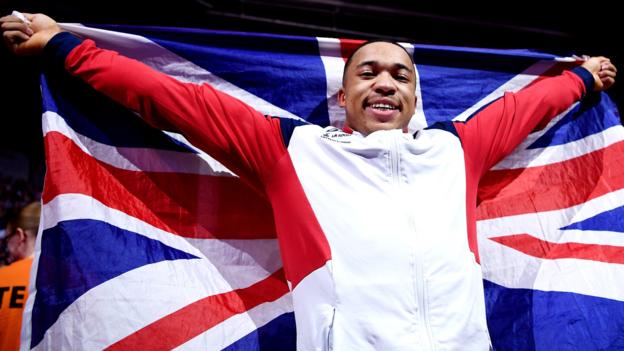 It is the first time a British gymnast has ever won a medal in the discipline.

Fraser, the youngest competitor in the event at 20 years old, recorded a score of 15.000 in Stuttgart, Germany to secure his maiden world medal.

It takes Britain’s medal tally to four, after Becky Downie claimed silver on the uneven bars and younger sister Ellie took bronze on the vault.