Wizards star John Wall, who is expected to miss the entire 2019-20 season with a torn Achilles, knows people love to criticize the super-max... 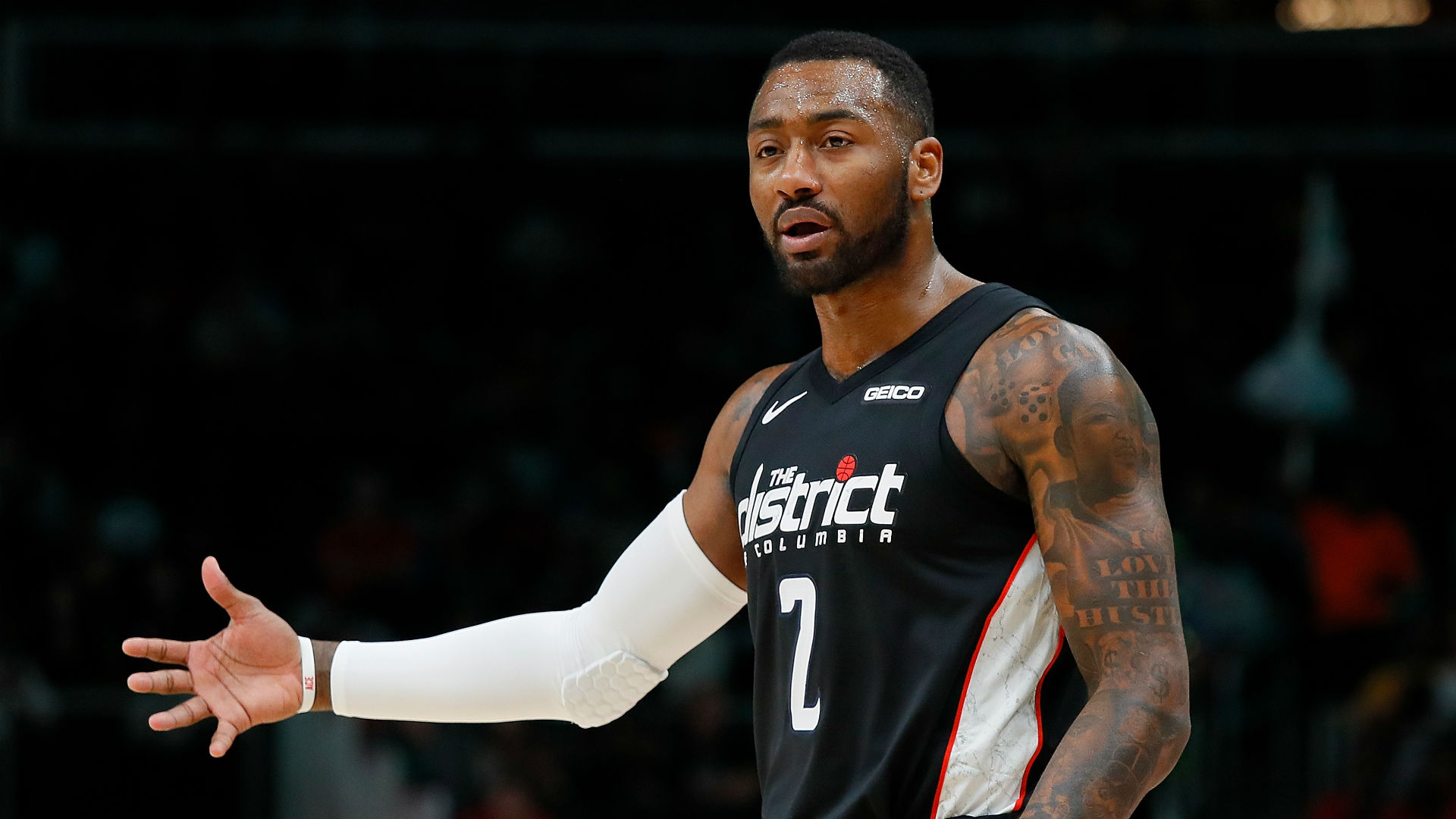 Wizards star John Wall, who is expected to miss the entire 2019-20 season with a torn Achilles, knows people love to criticize the super-max contract he signed in 2017.

He also knows some people believe the $207 million extension, which runs through 2023, is “the worst contract in NBA history.”

Wall begs to differ. He defended the deal while speaking with reporters Saturday at his annual charity event, the John Wall Family Foundation backpack giveaway.

He expressed his loyalty to the Wizards organization, saying he hopes to finish his career in Washington.

However, that super-max contract, which takes effect this year, looks particularly bad right now. Wall has missed 91 games the past two seasons, suffering knee and heel issues in 2017-18 and then rupturing his Achilles in an off-court accident in February.

But Wall doesn’t like to hear how bad his contract is for the Wizards.

“The only thing I questioned was ‘the worst contract in NBA history,'” Wall told NBC Sports Washington. “That was my lowest point because I was like do I really deserve this money? Did I really earn it?”

“I looked back at all the years and all the things I’ve been through and said yes, I did deserve this, I did earn this. It was never given to me.”

A five-time All-Star with career averages of 19 points and 9.2 assists per game, Wall turns 29 in September, and if he misses the entire season rehabbing his injury, he’d be 30 before he returns to the court. That’s getting up in years for any point guard, let alone one who relies on speed in his game yet will be coming off an Achilles injury.

Despite that, Wall sounded plenty motivated to prove all the doubters wrong.

“To say I have the worst contract in NBA history, that’s all I needed,” Wall said. “The ones that doubted me on the highest level I don’t speak to because I know my game will do the talking when I get back to playing.”

Wall told The Athletic he “deserved” the super-max extension.

“I deserved that contract,” Wall said. “My whole mindset is – it’s in my notes – I didn’t deserve it? When I come back, I’m going to show them I earned it. I never want a handout. I always worked for mine … I’m going to prove myself.”

Wall also said he’d like to finish his career with the Wizards, and he’s thankful for their support during his injury woes.

“I’m not one of those guys that wants to play for multiple teams,” he added. “I want to play for one organization. If it comes down to it, where you have to move around, and it don’t work, they’re giving me the opportunity to come back, not this year but next year after, if I don’t play well, you trade me.

“I can’t be mad at nobody because they gave me the opportunity and I gave myself a chance to prove myself. That’s all I ask for.”