With Spence-Garcia, boxing fans have chance to witness something truly special 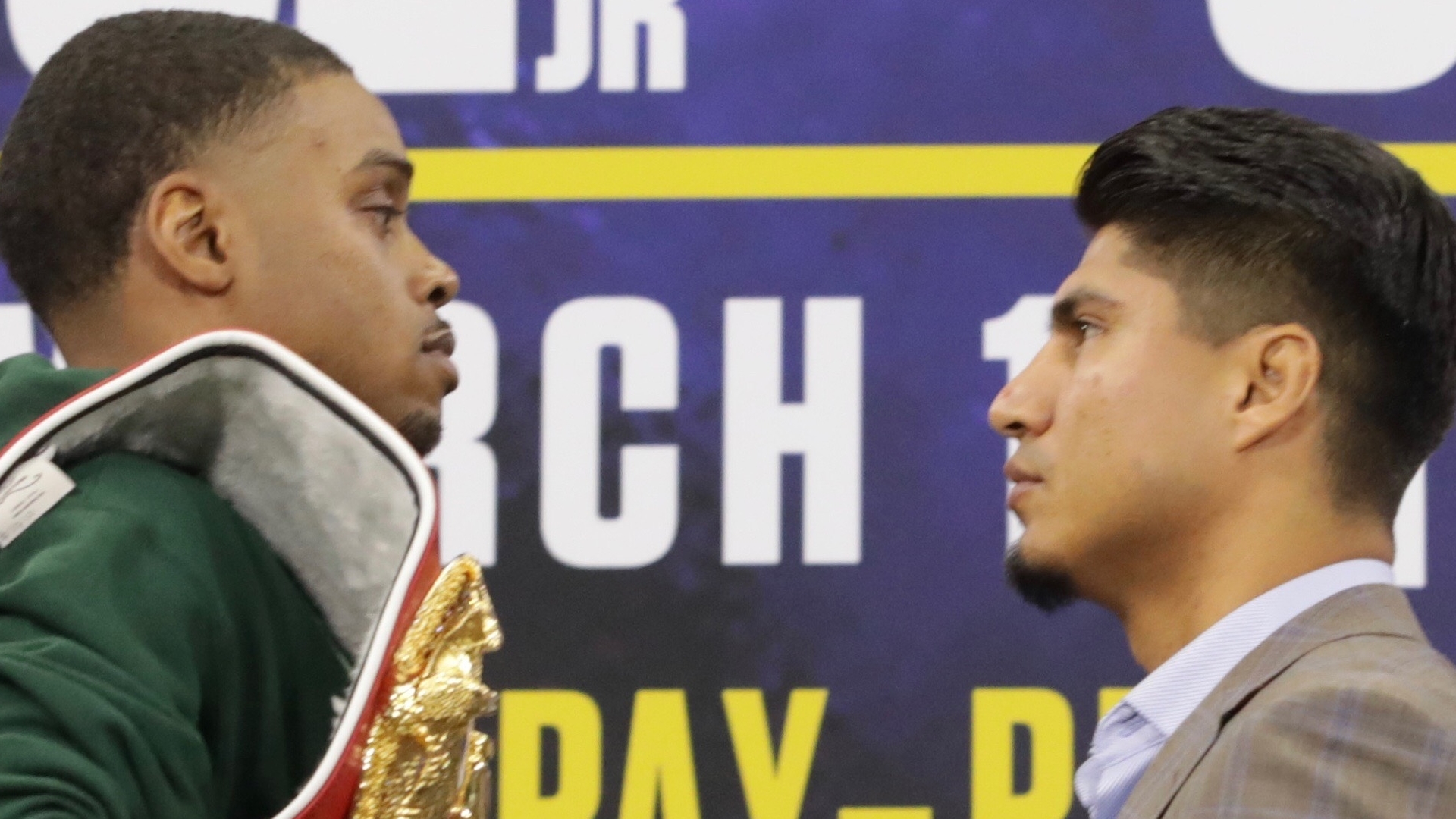 Boxing seldom gives fighters the opportunity to acquire incredible feats. An historic sport forever bogged down with alphabet confusion that leads to nonsensical rankings, undeserving mandatories, and unfulfilling voluntaries, the chance for boxing’s participants to register that one victory, a defining moment when the whole world surely must acknowledge one’s efforts comes along as often as a Fres Oquendo fight.

On Saturday night in Dallas, Texas, boxing fans may be privileged enough to witness such a miracle.

For Errol Spence and Mikey Garcia this weekend, a spectacle awaits them where greatness can only be bestowed on the latter. A tad unfair on the outstanding Texan, but every single advantage that a boxer could take into battle with him lies with the 2012 Olympian, but that’s not to say that he doesn’t deserve credit.

A perfect record, world champion, and on his way to becoming one of boxing’s mainstream stars, Spence will be showered with taunts if he doesn’t obliterate the much smaller Garcia in his home state on Saturday night, and the plaudits should he win will be largely muted.

In a perfect landscape, an environment rarely occupied within boxing, Spence would ideally be preparing for the threat possessed by Nebraska’s Terrence Crawford, but the egos of promoters and television crazily outweigh those of fighters, so without a major upheaval from either PBC’s Spence or Crawford of Top Rank, that fight may get added to that ancient scroll that features Aaron Pryor vs. Sugar Ray Leonard, George Foreman against Mike Tyson, and Lennox Lewis taking on Riddick Bowe.

Another fight potentially to be chalked on the list is Garcia vs. Vasyl Lomachenko, but as with Spence/Crawford, this is another contest struggling to get off the ground due to several unfortunate political wrangling’s combined with a previous lengthy legal battle between Garcia and Bob Arum’s Las Vegas based juggernaut. Although not the fight that the world wants to see, don’t let anybody tell you that Spence vs. Garcia is anything but must-see as two of the finest boxers around today will try to win this intriguing battle using their respective repertoires of contrasting ability.

As mentioned, Spence will bring strengths into the fight that will surely become a factor regardless of what version we see of Garcia. Hometown support will ensure he’s the house fighter throughout and his massive welterweight frame, possibly ready for a crack at the division above, will surely dominate any inside exchanges that ensue between the pair. Add those ingredients to Spence’s impressive fight I.Q. and what we see is a justified favorite heavily backed by the boxing community. But not the fighter chasing immortality.

For Garcia, wealth and titles are secondary now as the humble Californian has both in abundance. A four-weight world champion and arguably the finest fighter at both 135 pounds and the category above, Garcia is going full pelt at 147 pounds after experimenting just below that limit when easily schooling Adrien Broner, a former welterweight world champion in the summer of 2017.

His relationship with Al Haymon’s company could easily have seen him land a fight with either Shawn Porter or Danny Garcia, but that wouldn’t enhance Garcia’s glistening reputation the way a win over Spence will. For Garcia to be considered the finest fighter on the planet and to go down as a modern icon, it had to be Spence. It couldn’t be nobody else.

On Saturday night, Spence and Garcia will fight for different reasons. One, his reputation, the other, the chance to obtain a victory that will be spoken of generations down the line when boxing is hopefully a place of peace where those running it can one day put the sport before their pockets and allow fights like this weekend’s to be a regular occurrence.

Garcia will know early into Sunday morning if the challenge of Spence is one obstacle too many, but his balls to approach such a task should be universally praised. Saturday could see the crowning of boxing’s new pound-for-pound superstar. It’s a fight everyone should take notice of as it could be a long time before something as monumental happens again.