Winners and Losers in Trump’s Troop Withdrawal From Syria

An earlier version of this article was published on Dec. 21, after President Trump said he wanted to withdraw American troops from Syria. President... 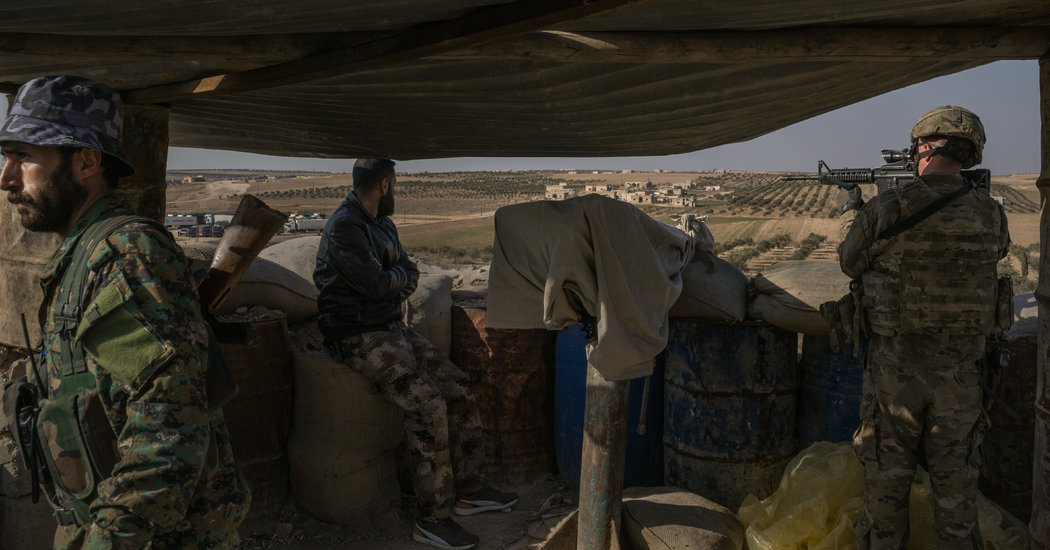 An earlier version of this article was published on Dec. 21, after President Trump said he wanted to withdraw American troops from Syria.

President Trump’s abrupt announcement last week that the United States would withdraw its troops from northeastern Syria has already begun to shift the power dynamic in a country that has endured years of war involving a tangled set of international actors.

The announcement preceded a Turkish incursion that turned what had been a largely peaceful Kurdish-administered stretch of northeastern Syria into a new flash point. Analysts and some of Mr. Trump’s own advisers had warned of this exact outcome for months, after he first teased the idea of a withdrawal.

Here are some of the parties that have the most to gain or lose.

President Bashar al-Assad of Syria, along with Russia and Iran

President Bashar al-Assad and his chief international backers, Russia and Iran, all stand to benefit from the troop withdrawal, which clears the way for Mr. Assad to tighten his once-tenuous grip on his battered country.

Mr. al-Assad has long vowed to retake large stretches of territory lost in the country’s eight-year civil war. That appears to be taking place now, with Syrian government forces aligning with the Kurdish-led militia that the United States abandoned upon its withdrawal and re-entering parts of the northeast where they had been absent for years.

In addition, the two biggest threats to Mr. al-Assad’s leadership have been substantially weakened by years of war: the Islamic State, thanks largely to an American-led coalition that fought the militants; and the myriad rebel groups that tried to overthrow the Syrian government.

Russia also stands to benefit. After Mr. Trump announced his intentions in December, President Vladimir V. Putin of Russia applauded the decision. Russia has contributed about 5,000 troops and a few dozen aircraft to prop up Mr. al-Assad’s government, which secured Moscow’s strategically important naval facility in the Syrian city of Tartus on the Mediterranean Sea. Russia has also expanded its military footprint in Syria during the war.

“It certainly helps the Russians, who have benefited tremendously from a quite limited investment in Syria,” Jon B. Alterman, director and senior fellow at the Center for Strategic and International Studies in Washington, warned in December.

“They re-established themselves as a global player when the conclusion had been that the glory days of the Soviet Union were dead and gone,” Mr. Alterman said.

Joost Hiltermann, the Middle East director of the International Crisis Group, a conflict and foreign policy research organization, said that so far, the impact of the American withdrawal from northeastern Syria has been anything but surprising.

“Russia is the clear winner of the latest developments,” he said. “Russia as the hegemonic power in Syria, that is now the coming reality.”

Iran likewise plays an outsize role in Syria as the international ally with the most invested in the country and the most at stake. During the war, Iran embedded itself in Syria through its fighters and proxies, redrawing the strategic map of the Middle East.

It has sent thousands of forces to fight on the ground and deployed drones and precision weapons to help keep Mr. al-Assad in power. That secured an all-important land bridge through Syria to supply weapons to Hezbollah, Iran’s militia ally in Lebanon that is a steadfast enemy of Israel.

Iran also trained and equipped Shiite Syrian fighters aligned with Mr. al-Assad, while strengthening ties with allies in Iraq and Lebanon and aiming to build a united front in the event of a new war with Israel.

For Mr. al-Assad, the American withdrawal means the path forward for Syria is likely to be shaped largely by forces sympathetic to his government and its interests.

Turkey and the United States, which are NATO allies, have frequently found themselves at odds in Syria, even though both opposed Mr. al-Assad’s government. And the United States’ backing of the Kurdish-led Syrian Democratic Forces, or S.D.F. — a militia that Washington views as the most capable of pushing back Islamic State militants — long vexed Turkey.

Turkey has battled Kurdish separatists domestically since the 1980s and has described the rising power of Kurds along its border in northern Syria as a threat.

President Recep Tayyip Erdogan of Turkey had long threatened military intervention against the Kurdish forces in Syria, but America’s presence in the country’s northeast was a major barrier.

The exit of American troops left Turkey open to taking that action, and it launched a long-anticipated cross-border assault on the S.D.F. last week.

“We have won against ISIS,” Mr. Trump declared in a video published in December, when he first announced his intention to withdraw American troops from Syria.

He has repeated that mantra many times since, but experts — including some of Mr. Trump’s own staff and coalition partners — disagreed from the start. Though the militants lost the sweeping territory that they had held at the height of their power, the withdrawal of American troops removes one of the group’s main adversaries.

Brett McGurk, who once served as Mr. Trump’s special envoy in the fight against ISIS, said in December that the battle against the group was not over and needed to be a longer-term initiative.

This week, Mr. McGurk said his concerns had proved warranted.

“Trump seems to believe it’s easy to raise an army and fight an enemy like ISIS. It’s not,” he said in a tweet on Sunday. “It takes years of work, and it may be impossible now as the world sees a historic success upended in six days.”

There are also fears that the chaos of the Turkish incursion will divert the resources of the Kurdish forces who have been managing the detention of tens of thousands of ISIS fighters and their families in the region.

Local officials say that around 500 ISIS sympathizers took advantage of the mayhem in one detention center and escaped this week.

The Kurdish-led Syrian Democratic Forces is one of the groups most immediately affected by America’s withdrawal from Syria.

Despite having been important American allies in the fight against ISIS, the Kurdish-led group was left virtually abandoned when Mr. Trump announced the withdrawal, effectively clearing the way for Turkey to target its fighters.

The Kurdish forces, which carved out an enclave in northeastern Syria during the war, are losing territory and control as a result of Mr. Trump’s move.

At least 133 S.D.F. fighters have been killed in the Turkish offensive, according to a Syrian monitoring group, and the militia is being forced from areas it had controlled for years.

The withdrawal has also left the Kurdish fighters searching for new allies, and for that they turned to the Syrian government forces of Mr. al-Assad, a longtime American foe.

Many Americans who fought alongside or supported the Kurdish-led forces have expressed shame over Mr. Trump’s decision.

Among them was Mr. McGurk, the former Trump special envoy. In a series of Twitter posts, he excoriated the president for the withdrawal and noted that the Kurdish-led militia were fighting, and dying.

“Bottom line: it’s shameful to leave partners to their fate and the mercies of hostile actors with no thought, plan or process in place,” he wrote. “I wish my former SDF colleagues the best as they find new patrons.”

Civilians have borne the brunt of the Syrian conflict for years, with millions displaced from their homes and millions of others who fled the country struggling abroad as refugees.

Aid groups have warned for months that further destabilization in northern Syrian could set off yet another humanitarian disaster in the region, and there are already signals that such a crisis is emerging.

The International Committee of the Red Cross, which has provided humanitarian assistance in Syria for years, warned that the Turkish offensive was having a “devastating impact” on civilians.

António Guterres, the United Nations’ secretary general, called for an immediate de-escalation of the fighting. In a statement on Monday, he cited the risks to civilians in the area and noted that civilian casualties had already been reported.

“Sustained, unimpeded and safe humanitarian access to civilians in need must be guaranteed,” he said.