Will Facebook’s Libra See the Light in 2020?

Facebook’s planned global digital coin Libra has run into a wall of opposition in Washington that could prevent its launch as envisioned, but analysts... 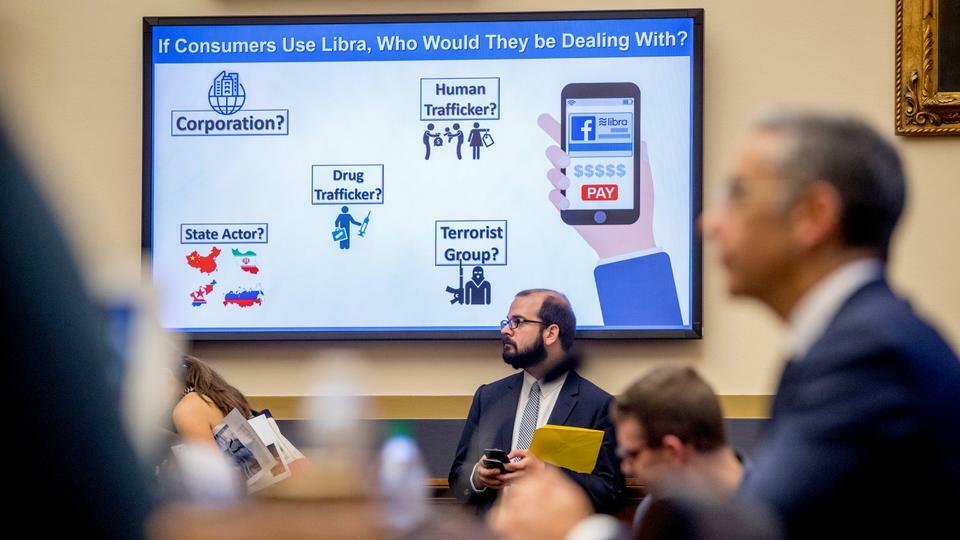 Facebook’s planned global digital coin Libra has run into a wall of opposition in Washington that could prevent its launch as envisioned, but analysts say cryptocurrencies are likely to make gains around the world nonetheless.

The plan by Facebook and its partners has generated scepticism from US lawmakers and G7 finance ministers as well as from central banks and regulators globally.

Why is there opposition to the Libra?

Facebook’s scale — with some 2.7 billion users for all its applications — means the proposed Libra currency could roil the global financial system and make the job harder for the world’s central banks.

“If people are using Libra as stored value and holding a lot of money in it, you might have less effective monetary policy,” said Martin Chorzempa, a research fellow at the Peterson Institute for International Economics.

The US Federal Reserve, for example, “can affect the dollar but it might not affect Libra in the same way.”

Since the Libra would likely hold the dollar, euro and other major currencies as reserve assets, the impact could be significant in “emerging markets or developing countries where people want to get rid of those currencies,” Chorzempa said.

“Imagine the demand for Libra in a place like Venezuela,” where the currency has collapsed from hyperinflation.

Hoping to avoid the wild swings of other virtual currencies, Libra would be governed by a non-profit association backing up the coin with a basket of major global currencies.

Lamont Black, a finance professor at DePaul University, said Facebook has yet to fully explain how the Libra Association, with up to 100 members, would operate.

“That’s really the role of a central bank,” Black said.

Libra is most likely “dead in the water,” at least for the US market, said analyst and cryptocurrency investor Lou Kerner.

There are “too many regulatory bodies and government agencies with potential oversight responsibilities, too much uncertainty at Libra about what it’s going to be, and too little knowledge about the topic for there to be consensus around a regulatory framework.”

Kerner said the US government wants the dollar to be the global reserve currency, and will oppose any “threat to that.”

US Treasury Secretary Steven Mnuchin has said that Facebook must meet “a very high standard before they have access to the financial system.”

G7 finance ministers also expressed a “need for action” on Libra at a meeting this week.

“One has to wonder how much more criticism Facebook wants to take before it cuts bait,” said Nicholas Colas of DataTrek Research.

What about other cryptocurrencies?

Facebook argues, and many experts agree, that if Libra fails, other digital currencies will gain traction — something that is already happening.

“If we fail to act, we could soon see a digital currency controlled by others whose values are dramatically different,” David Marcus, the head of Facebook’s initiative, told lawmakers this week.

Chinese “fintech” companies are already operating in many markets from Britain to Southeast Asia, even if they don’t have the same reach as Facebook, according to Chorzempa.

“If US regulators ban projects like Libra” or delay them with unnecessary regulations “to guard against real risk, the path will be open for Chinese fintech to extend its dominance around the world,” he wrote in a research paper this week.

Chorzempa said that China’s WeChat and Alipay have helped create “a cashless society where people use their apps for everything, while Americans still use billions of checks and carry plastic cards.”

Kerner believes that crypto money will grow whether or not regulators approve the Libra, and bitcoin may become the de factor global currency.

“They cannot stop this,” Kerner said. “If it doesn’t happen here it will happen in other parts of the world.”

Much of the movement to crypto has been based on distrust of monetary authorities, and Kerner argues that halting Libra will not halt this trend. Facebook, he notes, asked for permission and regulation while others have not.

DePaul’s Black acknowledged that the US is lagging China in this area, but cautioned against moving too fast as a result.

“Innovation is risky by nature,” he said. “My hope is that this process of scrutiny will help us understand how these innovations can be refined and improved.”

Timothy Massad, a former US assistant treasury secretary and a current fellow at Harvard’s Kennedy School, said the uncertainty around Facebook’s plan highlights the need to “reset the regulatory parameters” to cover digital assets including Libra, bitcoin and others.

“Financial innovation generates products and systems that outstrip the existing regulatory framework, which can offer convenience and lower costs, but that doesn’t mean they don’t also bring risks,” Massad said.