Plastic surgery is gaining popularity among Jordanian men who are setting a trend for cosmetic improvements including nose jobs, hair and beard transplants and... 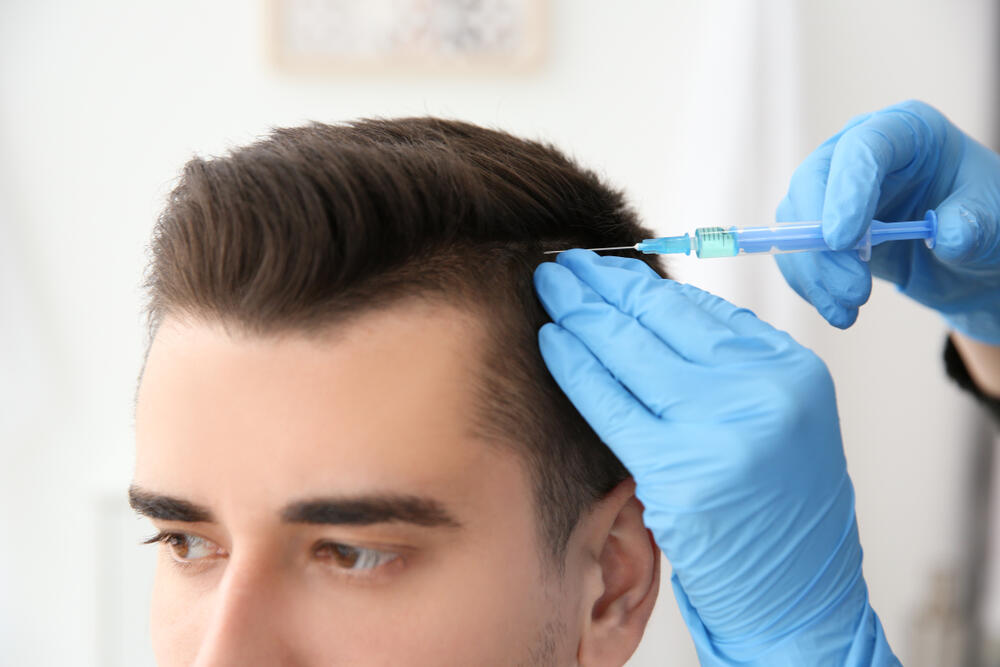 Plastic surgery is gaining popularity among Jordanian men who are setting a trend for cosmetic improvements including nose jobs, hair and beard transplants and breast reduction.

While plastic surgery is considered mainly female territory in Jordan’s conservative society, Jordanian men are increasingly placing their bodies in the hands of plastic surgeons. A study conducted by plastic surgeons in Jordan in 2018 revealed that 55% of their clinics’ visitors were male.

“Men are becoming increasingly obsessed with plastic surgery, which they read about and watch videos on social media. While in the past, men used to feel shy about consulting plastic surgeons, today it is becoming normal.

“Also, one of the characteristics of modern life is that people are becoming more attentive to their looks as a way of expressing themselves,” he said.

“Many young men go for nose jobs. Those aged 20-30 are also interested in breast reduction and belly fat elimination because simply doing sports and going to the gym is not enough,” he said.

“Older men prefer to work on their faces, such as removing the wrinkles and many request to have excess skin removed when they lose weight after intragastric balloon surgery but they are less daring than young men and hesitate to go under the knife,” Tarawneh said.

Tajmeeli.com, a website that provides educational information about cosmetic procedures to Arabic speakers, states that Saudi Arabia has the highest percentage of cosmetic surgery users in the region, followed by Egypt, the United Arab Emirates, Morocco and Jordan.

Some Jordanians said they travel to Turkey for hair transplants, citing “better results and cheaper options.”

“It would have been crazy to do it here in Amman due to the very high cost. In Turkey, it cost me around $1,500. The result was great and I have my hair back,” said Ahmed Ashhab, a 25-year-old pharmacist.

“Turkey is leading the world in hair transplant surgeries for a fraction of what one pays in Europe, which is around $9,000, or in Jordan, which is more than $3,000,” Ashhab added.

While some men are keen on improving their looks, though, others avoid plastic surgery because of the potential dangers.

“Whenever I think of plastic surgery I remember the case of the Jordanian woman who died in 2017, after liposuction surgery by a famous surgeon, due to gas embolism,” said Mohannad Abu Rumman, 30, who said he is trying to lose weight.

“Some surgeons are looking for financial gain more than performing a good job; so, do I need to risk it or not? That is the question and, so far, the answer is, ‘no’,” he said.

The death of the 32-year-old woman angered Jordanians who blamed the surgeon and his team for performing the surgery, which had no guarantee of success. The surgery cost approximately $21,000 and lasted 12 hours; experts said it should have only taken about five hours.

In another case that ended in tragedy, a 27-year-old mother died after an intragastric balloon surgery in which a saline-filled silicone balloon was placed in her stomach to help her lose weight by limiting how much she could eat.

Reports blamed her doctor, who suggested the surgery but allegedly did not  perform medical checks on the woman prior to surgery.

“Whitening teeth is one of the most demanded procedures by both sexes and the prices vary from a few hundred to a thousand dollars. Having a white smile is becoming an essential part of the life of Jordanians due to smoking, coffee drinking, et cetera. Some even take out loans to fix their teeth,” Kamal said.

The desire to improve appearances is increasing among young Jordanians, said Tarawneh, who advises them “to take it easy, not to expect miraculous transformations and do their homework in advance by checking the best places and best results.”