Why Don’t Whales Develop Cancer? How Is This Relevant To Human Cancer Research?

Although researchers know that cancer risk increases as a person ages and gains weight, whales, the world’s largest mammals, do not experience this correlation.... 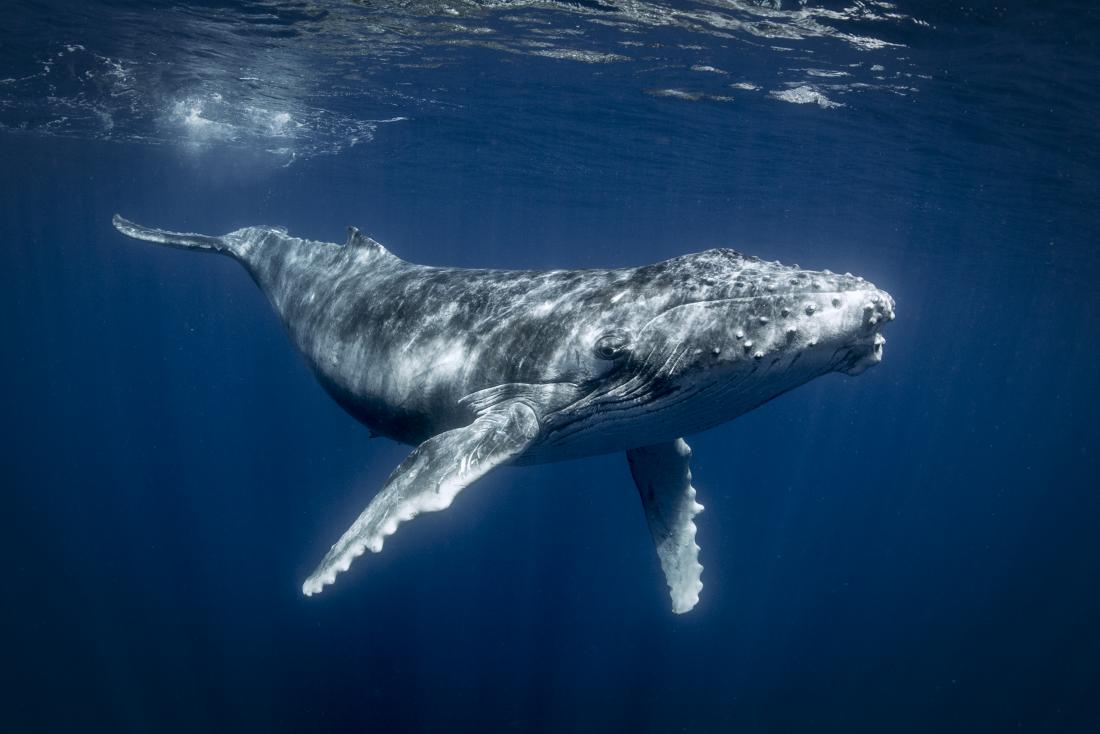 The humpback whale (pictured) and other cetaceans have an extremely low risk of cancer. How is this relevant to human cancer research?

At its core, cancer starts when cells mutate abnormally and start growing and dividing uncontrollably, in a way that disrupts the normal functioning of their biological environment.

According to the World Health Organization (WHO), cancer is the second leading cause of death at a global level, affecting millions of people of all ages worldwide.

Some researchers have argued that the diseases that fall under the cancer umbrella have become more widespread in the modern world, largely due to factors such as pollution and other environmental changes caused by human action. Still, many studies show that people have experienced cancer for thousands of years.

The earliest case of cancer that researchers have so far been able to document occurred in a hominin (early human ancestor) whose remains date back 1.7 million years. Investigators located these remains in a South African cave, and they yielded evidence of osteosarcoma, an aggressive type of bone cancer, at the dawn of the human race.

Yet humans and their ancestors are not the only animals to have been affected by cancer through history. Anecdotally, cancer is the leading cause of death in cats and dogs, and some birds, reptiles, and fish — in captivity and in the wild — can experience cancer, too.

Furthermore, according to recent discoveries, even dinosaurs sometimes developed cancer.

Experts explain that a person’s age and their weight can heighten their risk of developing cancer. That makes sense because the longer someone lives, the more time there is for cells to mutate, and because, as the body ages, its cells may be more susceptible to mutations.

Also, the more a person weighs, and some scientists even suggest, the taller they are, the more cells there are that can undergo mutation.

However, these correlations do not apply evenly across species in the animal kingdom. In fact, some animals are extremely unlikely to develop cancer, despite the fact that they are very large and long-lived.

Elephants, porpoises, and whales have incredibly low rates of cancer. Researchers have been wondering why and considering whether these animals’ resistance to cancer could help humans better understand the disease and how best to fight it.

A study published last year and covered on Medical News Today may have found the answer in the case of elephants. These large pachyderms, it turns out, have a tumor-suppressing gene that allows their bodies to stop cancer from forming.

Humans have this gene, too. However, while humans have only one copy of it, elephants have as many as 20 copies.

So what about whales? A team of researchers from Northern Arizona University, in Flagstaff, the Arizona State University, in Tempe, and other collaborating institutions believes that the answer may, once more, lie in these aquatic mammals’ genes.

For this study — the findings of which appear in the journal Molecular Biology and Evolution — the researchers obtained permission to analyze a skin sample from Salt, an adult female humpback whale (Megaptera novaeangliae).

Salt frequents the waters off the coast of Massachusetts, and the researchers decided to focus on her because other scientists, as well as humpback whale-watchers, have been following her for a long time, since the mid-1970s, to be precise, so there is no shortage of data about her.

The research team — led by Marc Tollis, Ph.D., an assistant professor at Northern Arizona University — performed DNA and RNA sequencing on the skin sample collected from Salt in order to assemble a map of her genome.

Once they had accomplished that, the investigators compared these data with information on the genetic makeup of various mammals, including members of 10 other cetacean species, such the blue whale (Balaenoptera musculus), the bowhead whale (Balaena mysticetus), and the sperm whale (Physeter macrocephalus).

The investigators’ analysis revealed that certain genomic loci (specific parts of the genome) had evolved at a faster rate in whales than they had in other mammals. Specifically, these were loci containing genes that regulate cell cycle, proliferation, and the process of in-cell DNA repair — essentially, the maintenance process of healthy cells.

Tollis and the team note that the genes responsible for these cell maintenance processes mutate in human cancers.

Another characteristic that sets whales apart from other mammals is that they have many duplications of tumor-suppressing genes, the genes that prevent cancer from developing and growing.

“This suggests that whales are unique among mammals, in that in order to evolve their gigantic sizes, these important ‘housekeeping’ genes, that are evolutionarily conserved and normally prevent cancer, had to keep up in order to maintain the species’ fitness,” explains Tollis.

“We also found that despite these cancer-related parts of whale genomes evolving faster than [in] other mammals, on average, whales have accumulated far fewer DNA mutations in their genomes over time, compared to other mammals, which suggests they have slower mutation rates,” he continues.

How is this research relevant to us?

So why are researchers studying whales and other animals with extremely low cancer risks? Is this information helpful at all for humans?

The current study’s authors argue that it is, and in more ways than one, at that. For one, the information that they uncovered suggests that many species in the natural world have evolved on their own to keep cancer at bay.

This means that, by understanding the mechanisms at play in these cases, researchers may, in the future, be able to come up with preventive strategies and anticancer therapies that will be effective in fighting off human forms of cancer.

At the same time, the team believes that mapping how different animal species develop cancer, as well as antioncogenic mechanisms, will allow us to learn that these diseases are a common threat that has been present all along — one that is, probably, not without a solution.

“Our goal is not only to get nature to inform us about better cancer therapies, but to give the public a new perspective of cancer,” notes Tollis, adding, “The fact that whales and elephants evolved to beat cancer, and that dinosaurs suffered from it as well, suggests that cancer has been a selective pressure across many millions of years of evolution, and it has always been with us.”

“Our hope is that this may change people’s relationship with the disease, which can be painful and personal. It also helps provide even better appreciation for biodiversity. In our current, sixth, mass extinction, we need all the reasons for conservation that we can get,” he explains.

In the future, the research team hopes to take this work even further and experiment with whale cell lines in the laboratory, in an effort to develop a prototypical cancer drug based on these aquatic mammals’ biological self-defense mechanisms.