An eccentric warlord in Libya has launched an assault on the country’s capital city, Tripoli, and the move could plunge the war-torn nation into...

An eccentric warlord in Libya has launched an assault on the country’s capital city, Tripoli, and the move could plunge the war-torn nation into another bloody conflict. The assault also has the potential to spark yet another wave of displacement and migration to Europe.

So why is France, a nation mired by domestic backlash over refugees from the Middle East and North Africa, supporting the warlord’s move to take over all of Libya?

The answer may be simple: oil. France relies on oil imports from Haftar-controlled regions of Libya, so it does not want to lose that strategic partnership by backing his rival government based in Tripoli, even though that government was designated by the U.N. and E.U. to be the country’s only legitimate governmental body.

France’s cynical support for Haftar is not only immediately dangerous for millions of Libyans that could be trapped inside Tripoli by the assault, it’s also a great example of how individual state interests can exacerbate conflict and undermine prospects for peace in wartorn nations.

This is an especially big problem in the Middle East, where conflicts are often funded, armed and fueled by major powers battling each other with local groups treated like satellites.

Haftar and His Bid to Rule Libya 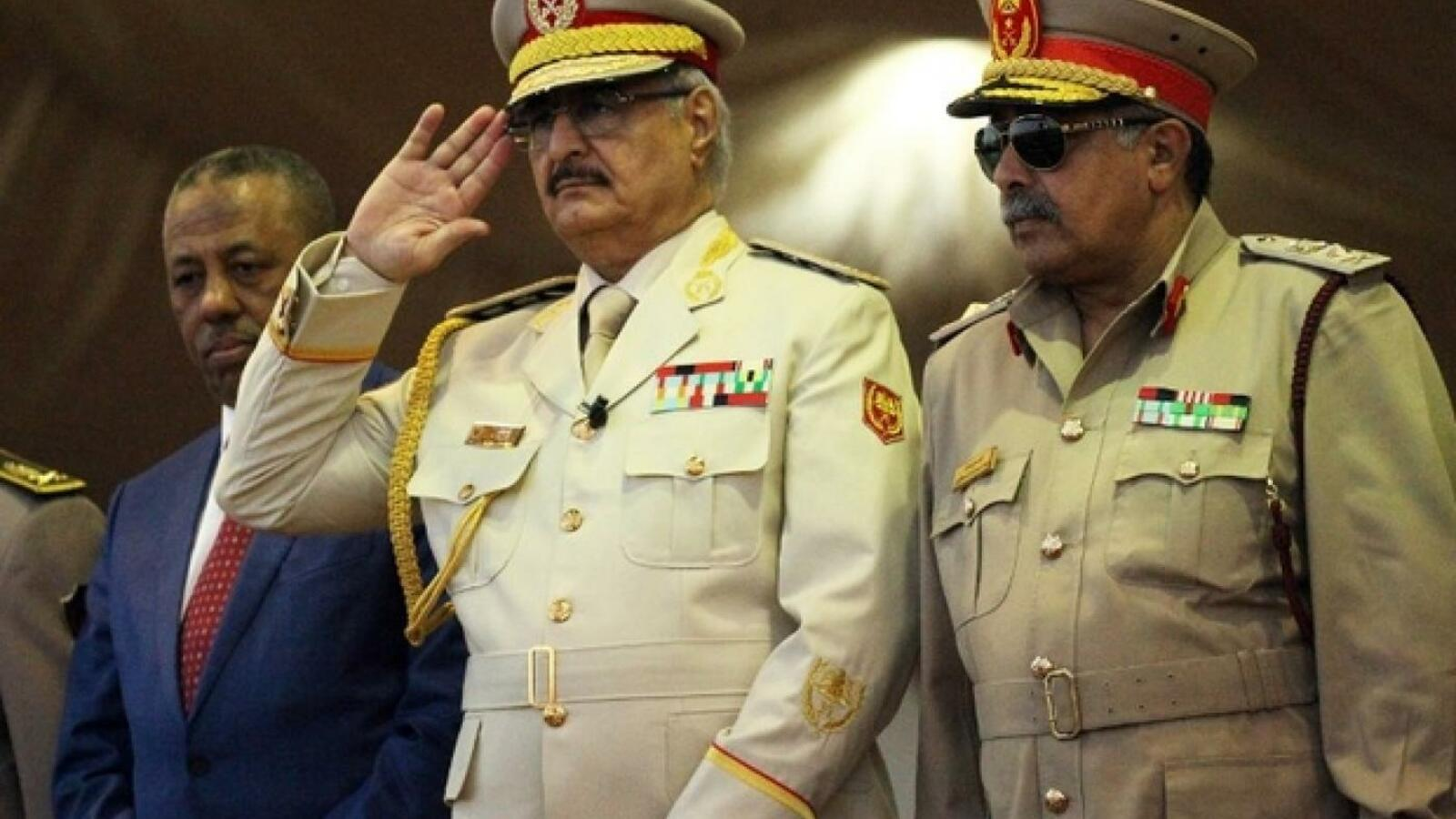 To fully understand what it means that France is backing a warlord’s bid to take over Libya, let’s first break down the political situation in Libya.

After Muammar Gaddafi, the country’s old dictator, was killed during the civil war in 2011, a huge political vacuum opened up in Libya. After a few years, two main political factions emerged as rival governments: one based in the western city of Tripoli that has the blessing of the E.U., U.N. and U.S., called the Government of National Accord (GNA), and another based in the eastern city of Tobruk, called the Libyan National Army (LNA).

The LNA is led by General Khalifa Haftar, a military commander who had lived in exile in the U.S. for two decades before returning to the country in 2011. With years of command experience, Haftar quickly became a leading national figure in Libyan politics, eventually leading the Tobruk-based government.

His primary strategy to accrue power has been to divide and conquer the country’s myriad militias, exacerbating local rivalries while giving others promises of unrivaled power if they join the LNA. Over time, Haftar has taken over a majority of the country, including nearly all of its easter and southern portions. By extension, he also controls much of the country’s oil reserves, which are some of the world’s largest. They almost single handedly make up Libya’s economy.

He is the embodiment of an eccentric warlord. Never content to acquiesce to the demands of the GNA, he has threatened to invade and capture Libya’s main city and seat of power for the U.N.-backed government, Tripoli.

Since April 4, he’s been making good on his threats and is actually trying to take over the city. The humanitarian impact could be enormous. 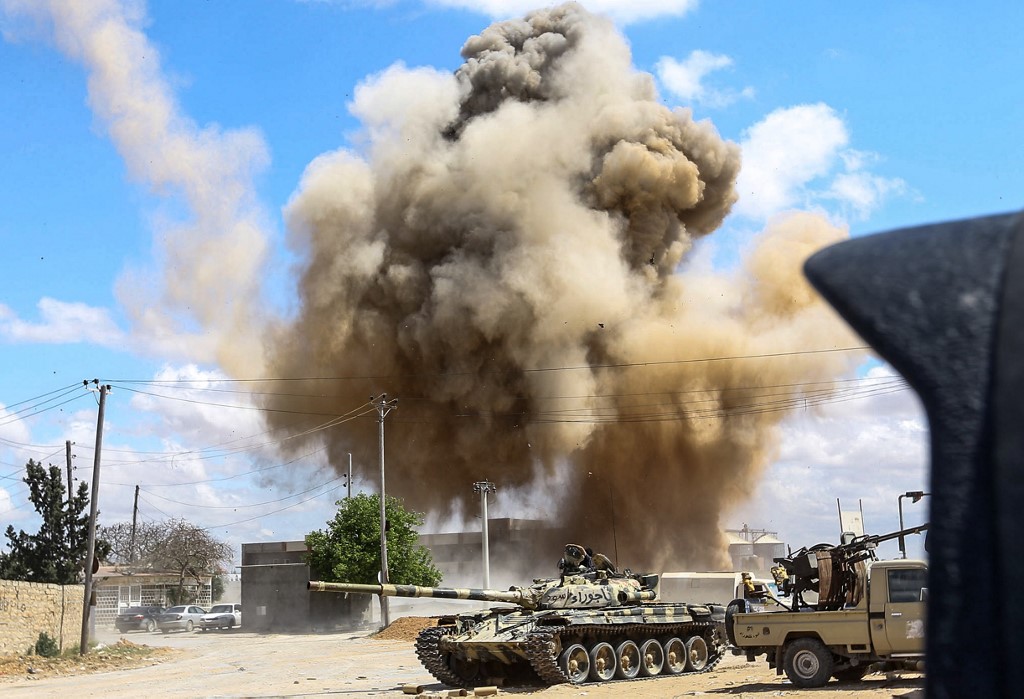 An explosion near GNA forces outside Tripoli (AFP/Mahmud TURKIA)

His blitzkrieg of Tripoli has stalled on the city’s southern outskirts, as his LNA forces are evenly matched by the forces of the GNA. According to the U.N., 174 people have already been killed, 756 have been injured, and around 20,000 have been displaced.

According to the U.N., 174 people have already been killed, 756 have been injured, and around 20,000 have been displaced

Because both sides are in a military stalemate, the toll is likely to steadily increase as more civilians get trapped between the sides.

This also means another potential wave of refugees fleeing violence, using Libya’s shores to make way for Europe via the infamously deadly Mediterranean route towards Italy or Greece.

France’s Cynical Support for a Warlord

Even though France is a permanent member of the U.N. Security Council and one of the most powerful countries in the E.U., the country is supporting Haftar’s advance on Tripoli. Other countries that support Haftar include Russia, the U.A.E. and Saudi Arabia.

France has a years-long history of supporting Haftar from a combination of providing on-the-ground logistical support to shielding the warlord from the international community.

When Haftar moved to take Libya’s second-biggest city of Benghazi in 2016, France reportedly sent special forces units to provide logistical support for the LNA, which was vital for Haftar’s victory. In July of that year France was forced to admit it was operating in Benghazi when a helicopter crashed, killing three of French special forces soldiers on board. France has also reportedly given Haftar intelligence support.

According to the Asia Times, French Foreign Minister, and former defense minister, Jean Yves Le Drian visited Haftar in Benghazi in March 2019. When Haftar asked why he had not seen Le Drian in so long, Le Drian responded that France was simply “waiting for your victories.”

France’s support for Haftar’s assault on Tripoli has, so far, been swift and uncompromising. When the E.U. moved to condemn the assault on April 11, France blocked the resolution, which drew a sharp rebuttal from Italy.

The proposed resolution said Haftar’s advance was “endangering the civilian population, disrupting the political process and risks further escalation with serious consequences for Libya and the wider region, including the terrorist threat.”

Even French media are giving cover for Haftar’s assault.

One news program featured a guest who claimed that Haftar is justified to assault Tripoli, because the GNA government holed up in that city are controlled by shady militias that need to be purged from the country, while Haftar has been busy trying to rid the country of rogue groups.

The implication is clear: Haftar is the only justified national leader of Libya, and any who stand in his way, including a U.N.-backed government, should step aside or be conquered.

Mary Fitzgerald, an independent analyst specializing on Libya, said that “France—like Egypt, the UAE and Russia—are all paying lip service to the GNA while hedging their bets in Libya.”

Mary Fitzgerald, an independent analyst specializing on Libya, said that “France—like Egypt, the UAE and Russia—are all paying lip service to the GNA while hedging their bets in Libya.”

Why? Why would France support an assault on Tripoli, risking thousands of lives and a new human exodus to Europe, while going against the interests of its most-trusted allies in the global community?

Oil is the likely culprit.

“France is supporting the eastern government, with Haftar, because it has the energy company, Total, in the eastern area of Libya,” Alessandra Bocchi, an analyst focused on Libya told Al Bawaba.

Haftar currently controls most of Libya’s oil fields, including those in the Sire Basin, which contain about 80% of the country’s proven reserves. Total is a giant French oil and gas company that has operated in Libya since the 1950s.

In March 2018, Total expanded its reach into Libya even further, purchasing a 16% stake in the Waha Oil Company, a subsidiary of Libya’s state-owned oil enterprise, National Oil Corp. The deal was worth $450 million. Waha Oil exports from Libya’s eastern, Haftar-controlled port of Es Sider.

Prior to that deal, Total had access to Haftar-controlled oil reserves in the country’s south, including the Sharara field. 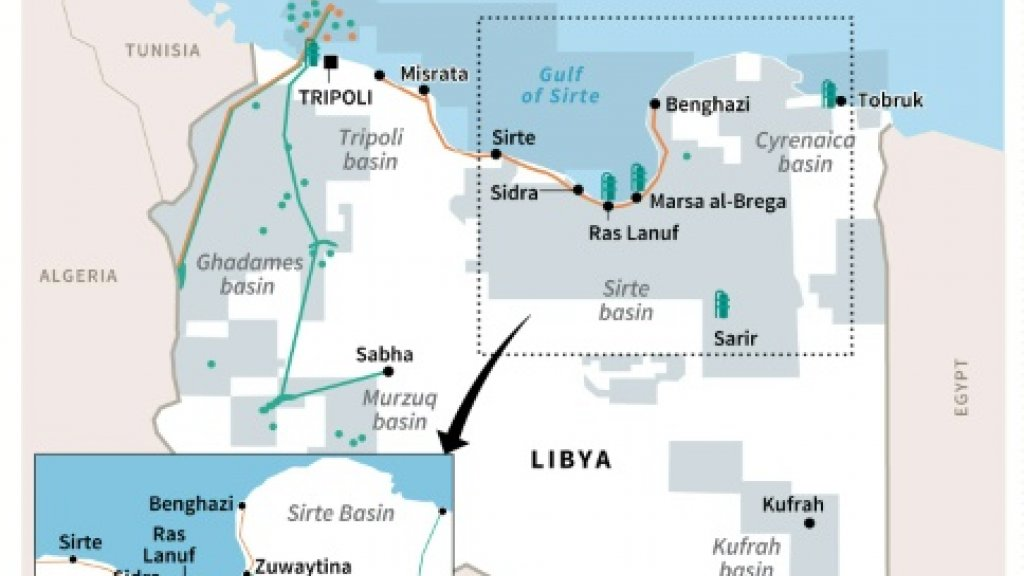 For France then, it just makes more sense to appease Haftar in order to secure long-term access to Libya’s vast oil reserves, which are the 9th biggest on Earth, than to risk him cutting off French access to those fields.

If this means supporting Haftar in a bid to oust a government France officially backs, so be it.

In the context of the region, this is predictable. Many states have gotten involved in conflicts as a way to gain access to natural resources, most notably oil.

In supporting the assault on Tripoli for economic reasons, France also bears partial responsibility for the growing human cost.