Which Character Will Rami Malek Play in Latest James Bond?

Oscar winner Rami Malek is expected to appear as the villain in a new James Bond thriller that is set to see Daniel Craig... 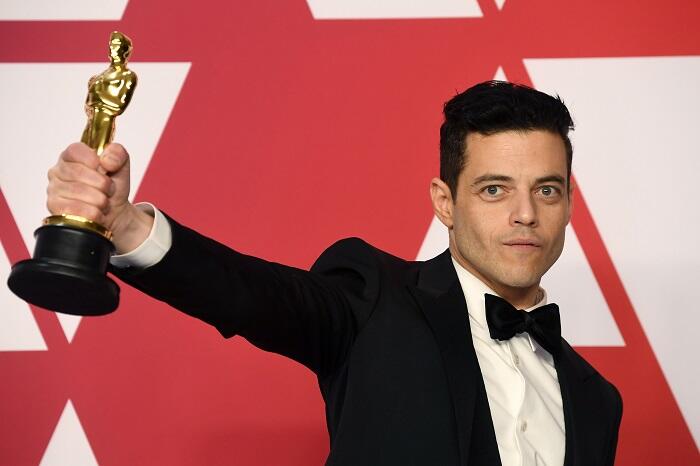 Oscar winner Rami Malek is expected to appear as the villain in a new James Bond thriller that is set to see Daniel Craig bow out as 007 after eight years.

The 25th edition of one of the world’s most enduring Hollywood franchises will also see the return of Ralph Fiennes and Lea Seydoux.

“I promise you all I will be making sure Mr Bond does not have an easy ride in this,” he said in a livestream announcement of the new film’s cast.

The big reveal was held outside Bond creator Ian Fleming’s private villa at Goldeneye in Jamaica.

Film producer Barbara Broccoli probably disappointed many by refusing to give away the new film’s name.

The productions has been repeatedly delayed over disputes over the script. It is now due to open in cinemas in the United States, Britain and France on April 8, 2020, distributor Universal Pictures International said Thursday.

Craig jocularly played along with Malek’s warning about the tough time he faces in his fifth and final appearance as the everyone’s favourite British spy.

Craig added that he had been a Bond fan since childhood.

“I remember going to see them as a kid and they were a moment – a new Bond coming out was incredibly exciting,” he recalled.

“We’ve tried to continue that tradition of just making movies that stand out.”

Malek, an American of Egyptian origin, received the best actor Oscar award last month for his portrayal of the gay icon and lead singer of iconic British band “Queen”.

“We made a film about a gay man, an immigrant, who lived his life just unapologetically himself,” Malek said during his acceptance speech.

“The fact that I’m celebrating him and this story with you tonight is proof that we’re longing for stories like this,” he added, noting for the audience that he is “a first-generation American” of Egyptian descent.

On social media, Egyptians widely praised Malek, highlighting a quote from his Oscar speech: “I am the son of immigrants from Egypt.”

Egyptian authorities were also eager to claim a connection to the actor, with Egypt’s Immigration Ministry even tweeting a quote from Malek’s speech.

A month earlier, Malek picked up a Golden Globes award for the lead performance in the Freddie Mercury bioptic “Bohemian Rhapsody”.

In 2016, Malek become the first non-white actor in a drama to win an Emmy in over 18 years.

He won the prestigious award for his portrayal of Elliot Anderson in the first season of Mr Robot. His character is a hacking prodigy who is also battling mental illness.

“I am honoured to be recognised with such a distinguished and accomplished group of actors,” said Malek as he was accepting his Emmy at the 68th annual Primetime Emmy Awards.

“I’m honoured to work with a pure visionary in Sam Esmail, I wouldn’t be here without you, to go to work with an absurdly gifted cast, and crew, and writers,” continued Malek.

“I play a young man who is, I think like so many of us, profoundly alienated. And the unfortunate thing is I’m not sure how many of us would like to hang out with a guy like Elliot. But I want to honour the Elliot’s because there’s a little bit of Elliot in all of us, isn’t there?”

The last non-white actor to win an award in this category is Andre Braugher for his role in Homicide: Life on the Streets in 1998.