What will the UK Look Like a Decade After Brexit?

Anti-Brexit protesters protest outside the Houses of Parliament in London Glasgow, United Kingdom – On Friday, January 31, when clocks across... 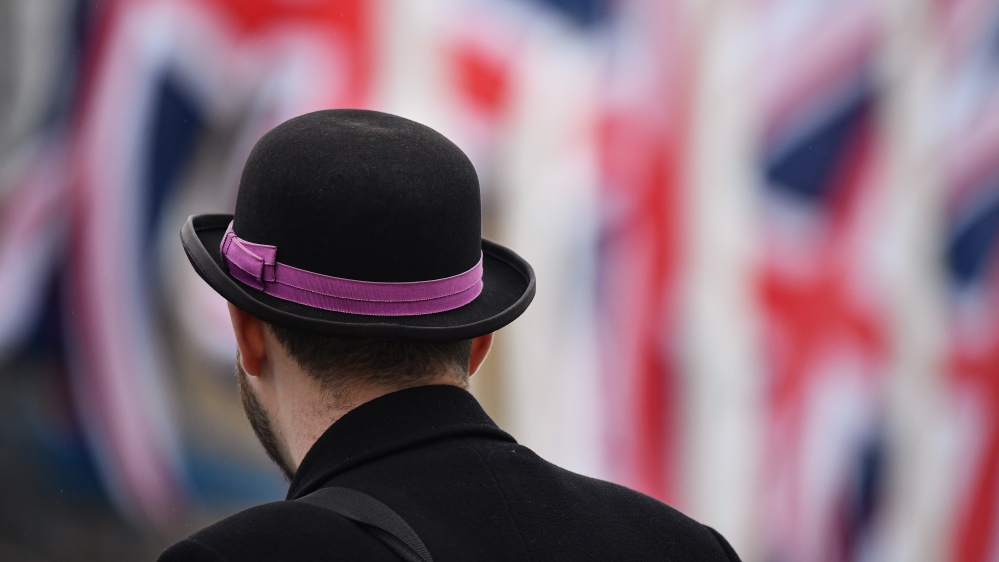 Anti-Brexit protesters protest outside the Houses of Parliament in London [File: Toby Melville/Reuters]

A fundamental shift in the country’s history is under way.

An 11-month transition period compels the UK to briefly abide by EU rules after it ceases to be a member state, but captains of industry, political leaders and human rights groups are bracing themselves for the biggest constitutional change in modern British history.

In the last three and half years, the UK Parliament repeatedly fail to pass its Brexit legislation until the Conservative Party secured a majority in December’s general election.

“The end of the Brexit deadlock did bring some welcome relief to businesses,” said Suren Thiru, head of economics at the British Chambers of Commerce.

“But we are also aware that this is the first step down a long road and the focus for businesses right now is on that future trade agreement with the EU.”

After Johnson’s EU-agreed framework for leaving the union was approved earlier this month, he promised to deliver a post-Brexit trade deal with the bloc by the end of 2020.

The EU’s chief Brexit negotiator, Michel Barnier, warned that both sides faced “the risk of a cliff edge” if a trade agreement is not signed off by the end of the post-Brexit transition period on December 31, 2020, when freedom of movement – a central tenet of the EU – will also be abolished in Britain.

In the UK, industry insiders need to know whether the transition period will result in a trade deal or if they should start preparing for a no-deal Brexit.

“UK businesses are very resilient and are able to adapt to significant change if they know what that change will be,” argues Thiru, who said British investment in new technologies and moving towards a net-zero carbon economy will be crucial for the long-term economic prospects.

But he also says that Britain’s “move away from the existing arrangements” means that it is important to have a “clear future trading relationship with the EU” in order to maintain sustainable growth into 2030 and beyond.

The UK’s ability to lift 14 million Britons out of poverty post-Brexit has also become pertinent.

“The more distant we get from the EU the more likely it is that we will get trading barriers, and that has, all things being equal, negative economic consequences,” said Helen Barnard, deputy director of policy and partnerships at the Joseph Rowntree Foundation – an independent social change organisation working to solve UK poverty.

Barnard told Al Jazeera that there are places in the UK that are “much more exposed to their economies taking a hit if we get a lot of trading barriers”.

“So, if we end up with a more distant trading relationship what will the UK government do to stimulate those local economies?”

That said, Barnard can  imagine a future where, in 10 years’ time, “we have left the EU and poverty has been radically reduced” through appropriate government intervention, and where the time freed up from the Brexit process can be fully focussed on “domestic priorities”.

Brexit has also raised questions over the UK’s clout and unity.

Tim Bale, politics professor at the Queen Mary University London, expects Britain to “lose the amplification – diplomatic, trading and otherwise – it got from EU membership … despite the UK’s independent nuclear deterrent, its seat on the UN Security Council, its own fairly large economy [and] its so-called special relationship with the US.”

“So, on balance, its influence and significance, while it won’t disappear, will be diminished – if only slightly by 2030.”

The campaign to leave the EU relied on rhetoric against immigration and for bolstering, or “regaining control” of borders.

Last year, a UK-wide survey revealed that in the wake of the Brexit vote, ethnic minorities in the UK were facing increasing levels of overt racism.

“But there are people who have taken that decision as being a new form of nativism. And no what matter your views on Brexit, you can see how these people have taken the decision [to leave] as a license to express a view of Britain that is fundamentally racial.”

Yet, any latent form of racism that has emerged from the Brexit vote, he said, could become a thing of the past in 10 years.

“Brexit is a project of the older parts of this population rather than the younger,” he said.

“Come 2030, the younger generation will be in charge and their sentiments and their world view and what they’re comfortable with [will differ from] their parents and their grandparents.”

Scotland and Northern Ireland voted “remain” in the 2016 Brexit referendum, as opposed to leave-voting England and Wales.

Some observers argued this has raised the prospects of Scottish independence and Irish unity.

Ireland, which is not part of the UK, will remain in the EU, meaning the UK will share a border with the bloc come Saturday.

George Kerevan, economist and former MP for the pro-independence Scottish National Party (SNP), believes that Scottish statehood, currently supported by 45 to 50 percent of Scots, is likely within the next decade.

“I think you could easily say that within 10 years, the natural progress of demographics will see the younger core vote who are more solidly pro-independence move into a majority as the older [more anti-independence] generation dies off,” he told Al Jazeera.