It’s nearly 50 years since the US became the first country to land men on the Moon. The Apollo 11 mission was a huge... 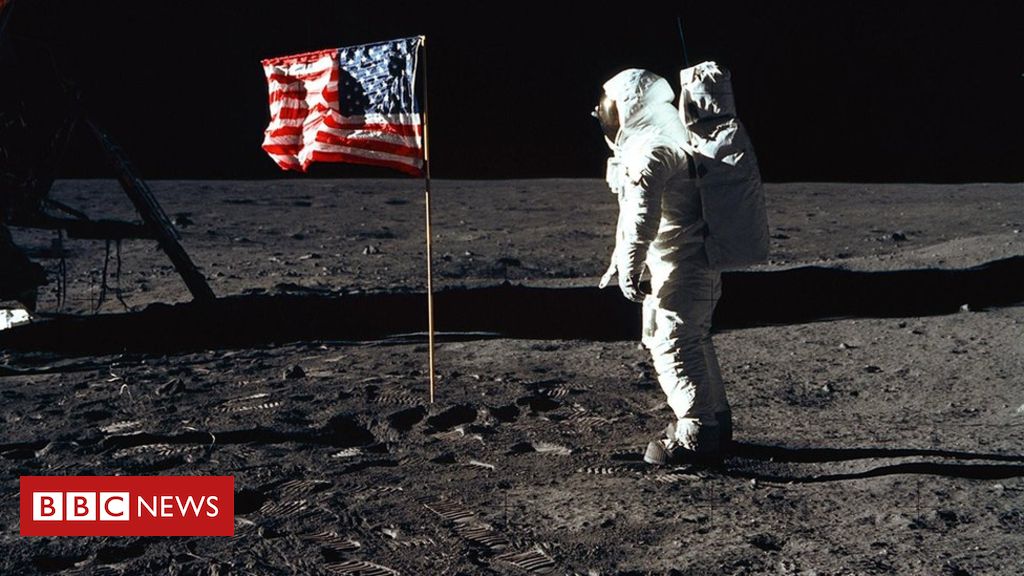 It’s nearly 50 years since the US became the first country to land men on the Moon.

The Apollo 11 mission was a huge moment in US and world history, but what exactly happened and why does it matter?

Why did the US want to go to the Moon?

A space race developed between the US and the then Soviet Union, after the 1957 launch of the first Soviet Sputnik satellite.

When John F Kennedy became US President in 1961, many Americans believed they were losing the race for technological superiority to their Cold War enemy.

It was in that year that Soviet Union made the first ever manned spaceflight.

The US was determined to get a manned mission there first and in 1962 Kennedy made a now-famous speech announcing: “We choose to go to the Moon!”

The space race continued and in 1965 the Soviets successfully guided an unmanned craft to touch down on the Moon.

How did the US plan for its mission?

The US space agency, Nasa, committed huge amounts of resources to what became known as the Apollo programme.

A powerful rocket – the Saturn V – carried the Apollo command and service module and the attached lunar module that was to touch down on the Moon.

The plan was to use the Earth’s orbit to reach that of the Moon, after which Armstrong and Aldrin would get into the lunar module. They would descend to the Moon’s surface while Collins stayed behind in the command and service module.

Did anything go wrong?

The first crewed flight that was meant to test going into orbit was Apollo 1 in 1967.

But disaster struck during pre-flight routine checks, when fire swept through the command module and killed three astronauts.

During the Apollo 11 mission itself, there were communications issues with ground control. And an alarm message sounded on the computer which the crew had never heard before.

The lunar module also ended up touching down away from the original target area.

Walking on the Moon

Despite these problems, on 20 July – nearly 110 hours after leaving Earth, Neil Armstrong became the first person to step on to the surface of the Moon. He was followed 20 minutes later by Buzz Aldrin.

Armstrong’s words, beamed to the world by TV, entered history: “That’s one small step for a man, one giant leap for mankind.”

The two men spent more than two hours outside the lunar module, collecting samples from the surface, taking pictures, and setting up a number of scientific experiments.

After completing their Moon exploration, the two men successfully docked with the command and service module.

The return journey to Earth began and the crew splashed down in the Pacific Ocean on 24 July.

An estimated 650 million people worldwide had watched the first Moon landing. For the US, the achievement helped it demonstrate its power to a world audience.

It was also an important boost to national self-esteem at the end of a tumultuous decade. It had seen Kennedy assassinated, race riots in major cities and unease about its military involvement in Vietnam.

How do we know it really happened?

A total of six US missions had landed men on the lunar surface by the end of 1972, yet to this day there are conspiracy theories saying that the landings were staged.

But Nasa has had a reconnaissance craft orbiting the Moon since 2009. It sends back high-resolution images showing signs of exploration on the surface by the Apollo missions, such as footprints and wheel tracks.

There is also geological evidence from rocks brought back from the surface.

What’s the point of going to the Moon?

The US remains the only country to have put people on the Moon’s surface.

However, Russia, Japan, China, the European Space Agency and India have either sent probes to orbit the Moon, or landed vehicles on its surface.

For a country to be able to do so is a sign of its technological prowess, giving it membership of an elite club.

There are also more practical reasons such as the desire to exploit its resources.

Ice found at both poles may make it easier for craft to reach deeper into space, as it contains hydrogen and oxygen which can be used to fuel rockets.

There’s also interest in mining the moon for gold, platinum and rare earth metals, although it’s not yet clear how easy it would be to extract such resources.

All images subject to copyright