What is The Fate of The Palestinian Now Likud is Back in Power?

Thick black smoke fills the air as a spontaneous protest breaks out. Palestinians burn tyres to protest over conditions for political prisoners held in... 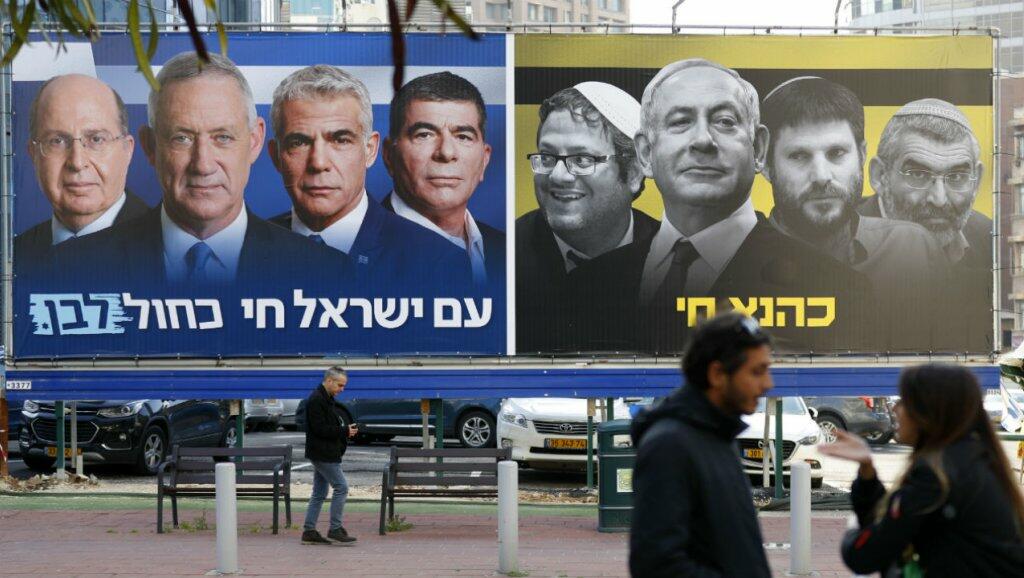 Thick black smoke fills the air as a spontaneous protest breaks out. Palestinians burn tyres to protest over conditions for political prisoners held in Israeli jails, while car-horns sound furiously and long lines of vehicles grow every minute.

Motorist yell at the youngsters to remove the blockade and let the traffic flow again. Another day in the West Bank village of Qalandiya, occupied Palestine.

Life in the West Bank has recently been more tense than usual. News coming from Israel has clearly shown there is no immediate political willingness in the new elected government to start any “peace process”.

Plans for settlements and annexation by Binyamin Netanyahu’s coalition are in progress and further steps in Trump’s “Deal of the Century” have exposed how any alternative political options for the Palestinians are becoming fewer day by day.

After Netanyahu’s re-election for a record fifth term, many feel now their anger and frustration should instead be directed at the Palestinian Authority (PA). In particular, for how the PA has managed the occupation, seemingly acting as an Israeli agent with the anachronistic idea that the context behind the Oslo Accords is still valid today.

“We do not trust our government anymore, with almost half of the population here in favour of dissolving the PA,” said Hamada Jaber, a member of the One State Foundation – an organisation that supports the idea of one state for two peoples.

For many activists supporting the two-state solution, the main goal of the Oslo agreement, the PA has become detrimental to the Palestinians as it “legitimises the occupation” and excludes Israel from attending to its responsibilities in the West Bank.

According to this view, the one-state solution is the only option to oblige Israel to provide more civilian and political rights under the umbrella of one common state.

“We are living under occupation on a daily basis but, because of the existence of the PA, we have the appearance of an autonomy that has led to a misconception among the international community regarding our real situation,” said Jaber.

“After the re-election of Netanyahu, and his unwillingness to reach any compromise for a future Palestinian State, we have the chance to completely abandon the infamous Oslo agreement and its outcomes, including the idea that the PA is the only representative of Palestinians,” Jaber added.

‘More power or we will withdraw’

Fatah’s headquarters in Ramallah is a grey building on a hill that dominates the landscape of the city. The party is the largest faction of the Palestine Liberation Organisation (PLO), a multi-party confederation. During the past decade the majority of ministers in the Palestinian government came from the Fatah ranks.

There is a definite feeling here that, after the latest political developments in Tel Aviv and Washington, the PA itself is threatened.

“We are close to a breaking point, because we lose the grip with our political base,” Ashraf al-Ajrami, a former PA minister for Prisoners’ Affairs, told The New Arab.

“People do not support us anymore. This is due to the failure of the peace process and US and Israeli willingness to cut every economic aid to us. But also, because there is a misconception among Palestinians over what the PA really does.”

“Either Israel gives us more freedom to act as representatives of Palestinians, together with more civil rights… or there will be an epochal change”.

The disaffection and distrust of people towards the PA is also underlined by another poll, recently conducted by the Palestinian Center for Policy and Survey Research which shows 32 percent of Palestinians supported the establishment of one unified state for Palestinians and Israelis.

“There are no more options available. Either Israel gives us more freedom to act as representatives of Palestinians, together with more civil rights and a clear political horizon for all, or there will be an epochal change that we will not be able to manage,” Ajrami stated.

“In the last year only, thanks to our security apparatus, we were able to foil more than two hundred attacks against Israel and Israelis. If we should withdraw from our duties not giving any basic service such security, health, education, the situation here will dramatically turn into chaos.

“Israel has every interest in keeping the PA continuing to exist,” Ajrami added.

The concerns are also shared in Israel, where many believe Netanyahu’s hardline approach to the PA could lead to a potentially disastrous situation.

Though the two-state option is still available – every other solution is even more problem-filled – issues related to the Netanyahu’s policies are growing day by day, showing how this path is becoming ever-more politically unsustainable both at domestic and international levels.

Particularly sensitive is the domestic front, where the collapse of the PA would affect the large Arab minority in Israel – showing how political instability in the occupied territories is intimately connected with the security of the Israeli state.

“The National Law, which defines Israel as a Jewish State, and the progressive shift of Israeli society towards right-wing parties has [led to] Israeli-Arabs and Palestinians in the West Bank being closer than ever, jeopardising the very stability of Israel,” Menachem Klein, senior politics lecturer at Israel’s Bar Ilan University, told The New Arab.

Professor Klein says defining Israel as a state according to religious and ethnic bases has helped Palestinian citizens of Israel – together with other minorities – and Palestinians living under occupation to sympathise with each other and raises the risk of unrest.

“Netanyahu’s arrogance has led him to disconnect from the reality on the ground, and this could drive him not only to the end of his political career but also provide the basis for a new intifada both in West Bank and Israel,” Professor Klein added.