What does Turkey want from Libya?

Al-Etihad, UAE, July 9 What does Turkey want from Libya? What are Turkish soldiers doing on Libyan soil? Is it Libyan oil and gas?... 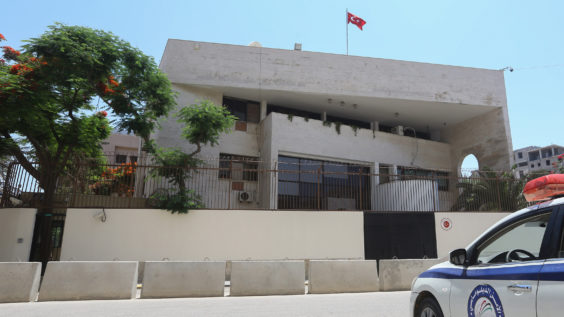 What does Turkey want from Libya? What are Turkish soldiers doing on Libyan soil? Is it Libyan oil and gas? Yes. Is it the desire to extend Turkish influence outside of Europe? Yes. Is it an attempt to grow Turkey’s influence over the Arab world? Yes. It is all of the above. The Libyan army, parliament and people seek to restore the Libyan state to normalcy and assert full sovereignty over their national territory. They are supported by the vast majority of Arab countries. But the Libyan capital has been hijacked by members of the Muslim Brotherhood, al-Qaida, and ISIS. All of these armed groups are funded by three countries: Iran, Turkey and Qatar. Turkey has no interest in seeing stability restored to Libya. Russian President Vladimir Putin personally warned of a massive movement of terrorists from Syria into Libya, with the logistical and financial support of Ankara. Erdogan has made it his personal goal to fight the Libyan National Army (LNA), led by commander Khalifa Haftar, through direct military confrontation. Yet the Turkish economy is still weak and the currency is still highly undervalued. Turkey, which is threatened by US sanctions, is playing a duplicitous game: On the one hand, it wants to join the EU, but on the other hand, it is aligning itself with Russia. Erdogan has turned his country into a brutal dictatorship that crushes the rights of its own people while supporting terrorism around the world. It is a modern state that should not interfere in the internal affairs of other countries. However, it is led by a megalomaniac who has the dream of restoring the Ottoman Empire back to its glory days. The Libyan army no longer tolerates direct Turkish and Qatari involvement in Libyan affairs. It explicitly threatened to target Turkish ships, planes and personnel found on Libyan soil. There is ample evidence showing how Turkey exported light and heavy weapons to support the militias in Libya while helping facilitate the movement of terrorists from Syria to Libya. Unfortunately for Europe, these militias that are supported by Erdogan will not protect Europe from illegal immigrants. The only true way to protect Europe is to ensure a stable and independent Libyan state that can oversee its own internal affairs and protect its own borders. Therefore, a political and diplomatic coalition must be created to fight the Turkish-Qatari aggression on Libya. This should consist of Arab, Muslim and international actors who oppose the Turkish hostility in northern Africa and who want to collectively work to ensure Libya’s sovereignty. – Abdullah bin Bajad al-Otaibi (translated by Asaf Zilberfarb)