What are The French, Egyptian Navies up to?

A French soldier of the aerial detachment of the Operation Barkhane stands guard near a Reaper drone at the Nigerian military airport Diori Hamani... 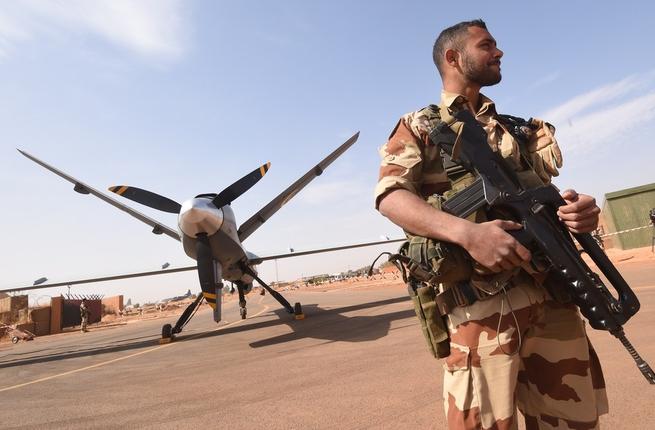 A French soldier of the aerial detachment of the Operation Barkhane stands guard near a Reaper drone at the Nigerian military airport Diori Hamani in Niamey. (AFP)

Egyptian Armed Forces announced on Sunday the launch of a joint naval military exercise with France in the French waters.

“Cleopatra-Japian 2019” joint drill will be carried out several days to enhance cooperation and for exchange of experiences between the naval forces of both countries, according to a statement by Egyptian Armed Forces.

The statement described the drill as one of “the most comprehensive and largest training”.

The mistral helicopter carrier “Gamal Abdel Nasser” and the frigate “Long live Egypt” will be used during the training.

The training will include the planning and exercise of joint naval operations and fight against atypical threats, as well as search and inspection in suspected ships.

Ever since Egyptian President Abdel-Fattah al-Sisi came to power in June of 2014, Cairo and Paris have signed a range of arms deals, making France — alongside the U.S. and Russia — one of Egypt’s main sources for weapons.