WeWork owner, The We Company, has formed a special board committee to consider proposals for a $5 billion financing lifeline from its largest shareholder... 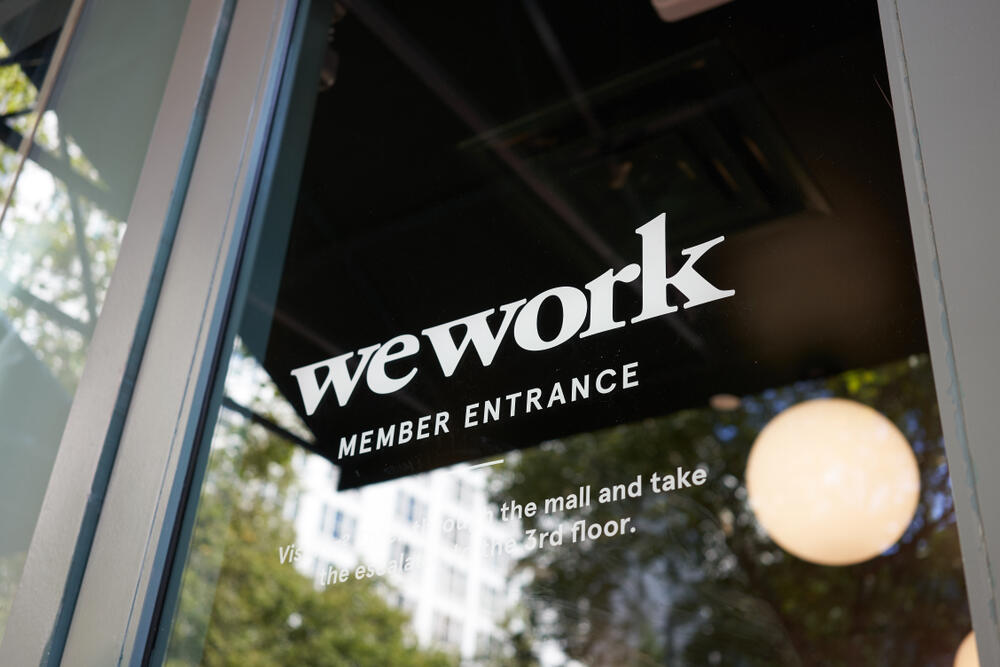 WeWork owner, The We Company, has formed a special board committee to consider proposals for a $5 billion financing lifeline from its largest shareholder SoftBank Group Corp and its main lender JPMorgan Chase & Co, four people familiar with the matter said on Wednesday.
The office-space sharing company is establishing the committee in an effort to ring-fence its financing deliberations from SoftBank’s influence, the sources said. The Japanese technology conglomerate owns about a third of WeWork, and any new equity investment could potentially give it control.

WeWork is rushing to raise new capital after scrapping plans last month for an initial public offering (IPO). Sources have said it could run out of cash as early as November unless it secures new financing.

A WeWork spokeswoman declined to comment. We Company directors did not immediately respond to requests for comment.

The committee will only have two members – both We Company board directors with the task of representing the interests of all investors in the company, the sources said.

One is Bruce Dunlevie, who is a general partner at WeWork shareholder Benchmark Capital, according to the sources. The other is Lew Frankfort, who is the former CEO of luxury handbag maker Coach, they added.

SoftBank will not have a representative, the sources said. It is represented on We Company’s seven-member board by its President Ron Fisher. Former Goldman Sachs Group Inc investment banker Mark Schwartz, who served as a SoftBank director until earlier this year, also sits on the board.

WeWork co-founder Adam Neumann, who resigned as CEO last month but retained his role as chairman of the board, does not have a seat on the committee either, according to the sources, who requested anonymity in discussing the confidential arrangements.

WeWork cancelled its IPO following investor concerns about mounting losses, its business model and the way the company was being run. Its estimated valuation dropped from $47 billion in January to as low as $10 billion last month.

In response, WeWork is seeking to slow down its expansion, reducing the number of new property leases it is taking on and considering layoffs.

For its part, JPMorgan is scouring the market to raise financing commitments from banks and bond investors for as much as $5 billion, one of the sources said. It has not agreed to underwrite the debt, and WeWork wants to see how much debt can be raised without leading to a dilution for existing shareholders before making a decision, the source added.

WeWork may seek to combine the SoftBank and JPMorgan proposals in some form, according to the sources.

Publicly listed companies form special board committees to safeguard the interests of minority shareholders when considering transactions, usually when some board representatives face conflicts of interest. It is less common for a private company such as WeWork to form a special committee.

However, WeWork has been vulnerable to criticism of its corporate governance arrangements because of Neumann’s prior grip on the company.

Neumann’s shares used to have the same voting power as 20 We Company common shares, before he agreed to partially reduce his grip last month – reducing the ratio to 3-1 – in an unsuccessful attempt to make an IPO more attractive to investors.

Neumann had also entered into several transactions with WeWork, making the company a tenant in some of his personal properties and charging it rent. He has also secured a $500 million credit line from banks using company stock as collateral.

When Neumann gave up the CEO role last month under pressure from SoftBank, Benchmark Capital and other investors, he said he did so because the scrutiny directed towards him became a “significant distraction”.

Artie Minson, previously WeWork’s chief financial officer, and Sebastian Gunningham, who was a vice chairman at the company, are now serving as its co-chief executives.