Profits at UK pub chain JD Wetherspoon fell 19% in the six months to the end of January. It blamed a rise in labour... 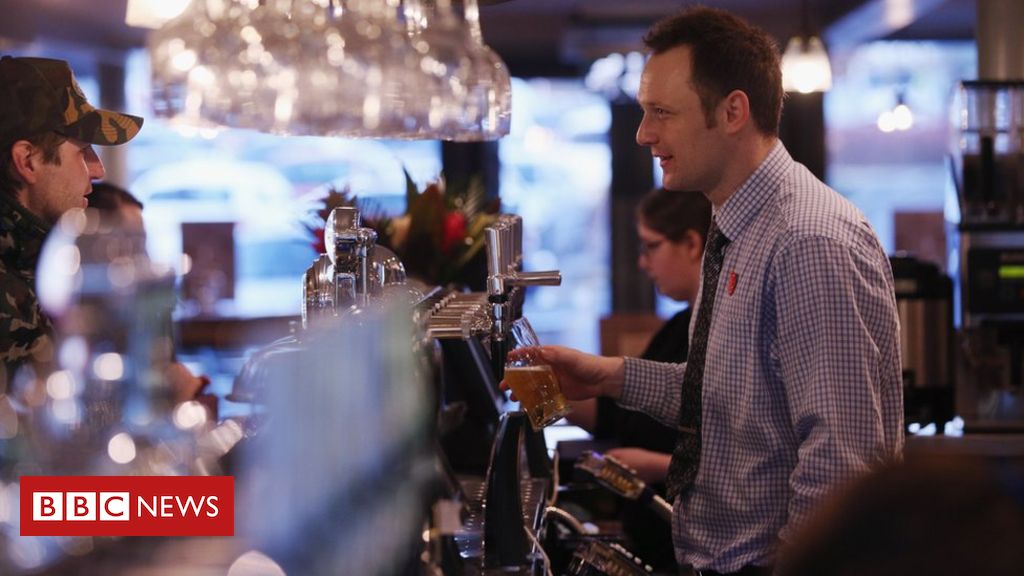 Profits at UK pub chain JD Wetherspoon fell 19% in the six months to the end of January.

It blamed a rise in labour costs, interest payments, utility bills, repairs and depreciation for the fall.

Its chairman, Brexit supporter Tim Martin, who generally accompanies results announcements with his colourful opinions, expressed concern that Brexit would be reversed.

This, he said, would have “adverse economic consequences”.

He blamed “the establishment” for a “barrage of negative economic forecasts”.

Mr Martin is currently touring 100 of his 900 pubs, talking to punters about the merits of leaving the EU without a deal on 29 March.

The company, which also owns pubs in Ireland, is replacing champagne and prosecco with non-European Union sparkling wines.

There has also been a switch in the beers available. Wheat beer and alcohol-free beer from the UK are replacing beers brewed in Germany.

Although profits fell sharply, sales at the chain are continuing to rise.

Wetherspoon’s revenues rose by 7%, and like-for-like sales by more than 6%.

Richard Hunter, of Interactive Investor, said the industry as a whole was struggling: “The wafer-thin margins within the industry are susceptible to any spike in costs, which leaves the pubs vulnerable from an investment perspective.”