COLOMBO (AFP) – An Islamic extremist believed to have played a key role in Sri Lanka’s deadly Easter bombings died in an attack on... 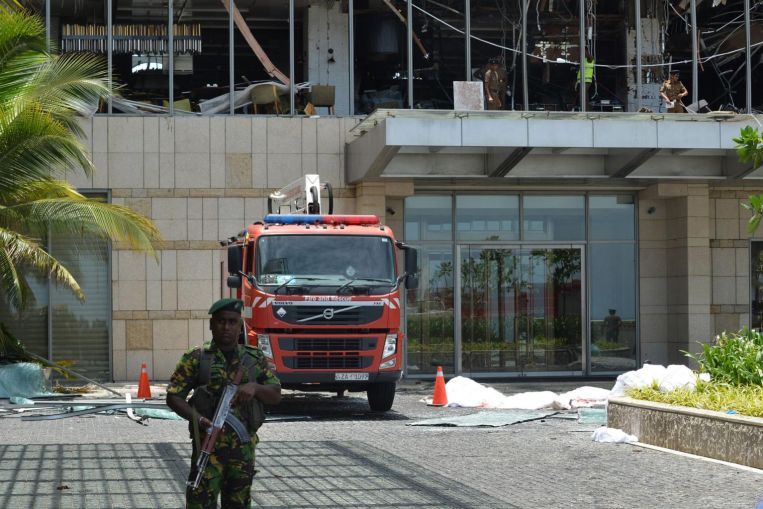 COLOMBO (AFP) – An Islamic extremist believed to have played a key role in Sri Lanka’s deadly Easter bombings died in an attack on a Colombo hotel, the country’s president confirmed Friday (April 26).

“What intelligence agencies have told me is that Zahran was killed during the Shangri-La attack,” President Maithripala Sirisena told reporters, referring to Zahran Hashim, leader of a local extremist group.

He added that Zahran led the attack against the high-end hotel and was accompanied by a second bomber, identified only as “Ilham”.

He said the information came from military intelligence and was based in part on CCTV footage recovered from the scene.

Zahran appeared in a video released by the Islamic State in Iraq and Syria (ISIS) group after they claimed the bombings, but his whereabouts after the blasts were not immediately clear.

More than 250 people were killed in the attacks against three churches and three hotels. A fourth planned attack on a hotel failed.

Security forces had been on a desperate hunt for Zahran, believed to be around 40, after the government named the group he led – the National Thowheeth Jama’ath – as its prime suspect.

His appearance in the ISIS video, where he is seen leading a group of seven others in a pledge of allegiance to ISIS chief Abu Bakr al-Baghdadi, only heightened fears about the radical.

He was a relative unknown before the attacks, though local Muslim leaders say they had reported him on more than one occasion to authorities for his extremist views and behaviour.