HANOI (REUTERS) – Vietnam could explore legal action among various options in its territorial dispute with powerful neighbour China in the South China Sea,... 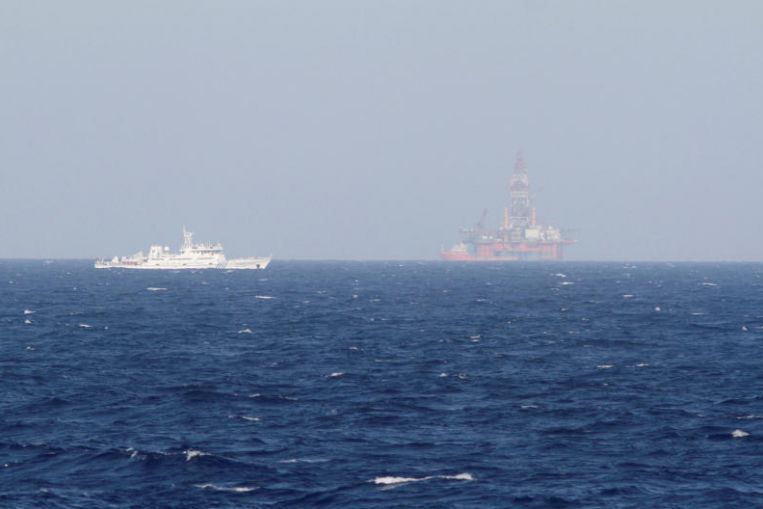 Frictions have grown between the two communist-run nations since Beijing in July sent a ship for a months-long seismic survey to an area internationally designated as Vietnam’s exclusive economic zone (EEZ) but also claimed by China.

Speaking at a conference in Hanoi, deputy foreign minister Le Hoai Trung said Vietnam preferred negotiations but did have other options for the disputed waterway.

“The UN Charter and Unclos 1982 have sufficient mechanisms for us to apply those measures,” he added, referring to the United Nations Convention on the Law of the Sea (Unclos), an international treaty defining maritime territorial rights.

China claims almost all the energy-rich waters of the South China Sea where it has established military outposts on artificial islands, but Brunei, Malaysia, the Philippines, Taiwan and Vietnam also have claims.

In 2016, the Philippines won a ruling from The Permanent Court of Arbitration in The Hague that invalidated China’s claim over most of the waters following a 2013 case filed by Manila.

But Vietnam’s government, which aims for a measured approach towards its largest trading partner China, had not spoken recently of potentially following suit.

In 2014, former Prime Minister Nguyen Tan Dung said Vietnam was considering legal action following the deployment of a Chinese oil rig to waters claimed by Hanoi – a dispute that triggered anti-Chinese riots and a marine standoff.

In the new spat, Vietnam has made repeated statements regarding its claims and demanded that China remove the survey vessel and its escorts from the area, but had not mentioned possible legal action publicly until Wednesday.

“It would have major political ramifications for the Vietnam-China relationship, but maybe that’s the only thing left for Vietnam,” said Mr Bill Hayton, a South China Sea expert at the Chatham House think tank.

“This whole event seems to be about that question,” he added, referring to the government-organised conference.

China refused to recognise the international court ruling which clarified Philippine rights to energy reserves within its EEZ.

Some legal experts involved in that case were present at the conference, including former International Tribunal for Law of the Sea (Itlos) judge Rudiger Wolfrum. Current Itlos president Paik Jin-hyun also attended, although neither jurist mentioned any plans for Vietnamese legal action.