Videos of the Saudi blogger, Mohammed Saud being insulted and kicked in the streets of Jerusalem have gone viral in the Middle East. During... 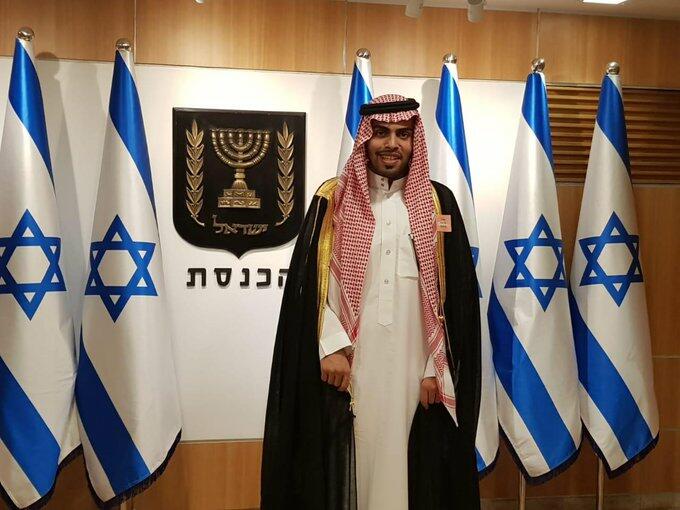 Videos of the Saudi blogger, Mohammed Saud being insulted and kicked in the streets of Jerusalem have gone viral in the Middle East.

During a time dozens of Palestinians were kicked off their homes before it was demolished by Israeli work crews in East Jerusalem neighborhoods in the largest operation in years, one Saudi blogger has been wandering the streets of Jerusalem and the Aqsa Mosque as part of a “journalist” delegation invited by the Israeli Foreign Ministry along with several others who visited Jerusalem to mark the growing developments between Israel and some Arab governments; including Saudi Arabia.

In the videos, Saud is seen touring the city of Jerusalem and the Temple Mount in the Old City in a visit believed to be intentionally aimed at provoking Palestinians and attracting the media attention. Yet, he was verbally attacked and have chairs thrown at him while Palestinians told him to leave the holy city to express their wide condemnation and strong refusal to the growing relations between the Gulf countries and Israel which paves the way to the US so-called Peace Deal, aka ‘Deal of the Century.’

While the video was widely shared on the internet, Palestinians and Arabs have mostly hailed the young Palestinians appeared in the video condemning the governments’ attempts to normalize relations with Israel.

Translation: “Saudi Arabia has sent this man, called Mohammed Saud to Israel to visit the Knesset as part of an Arab delegation and this is how the people of Jerusalem treated him when he was wandering the streets and taking photos with the Aqsa mosque. As long as Palestine have people like this, it would never be lost.”

Meanwhile, Saud and many other of his followers had another opinion.

Saud, who had some identifies him as a journalist, is a Saudi blogger who has been using to Twitter to tweet in Hebrew, retweet Netanyahu, and express his gratitude and pride of his friendship with Israel. He has also appeared previously on the Israeli media.

In fact, many believe he is being used by his own government to promote the Deal of the Century and introduce a new era of the close friendship between Israel and Saudi Arabia.

Translation: “Why didn’t we see any other people from what Israeli called the Arab journalists’ delegation to Israel except this Saudi blogger, Mohammed Saud? Was Saudi Arabia targeted by this? What does Netanyahu want to prove through using Saud? Does he think that Saud is his way to Riyadh?”