A member of the Venice Gondolieri association prepares to dive into the Canal Grande, close to the famed Rialto Bridge Venice’s gondoliers... 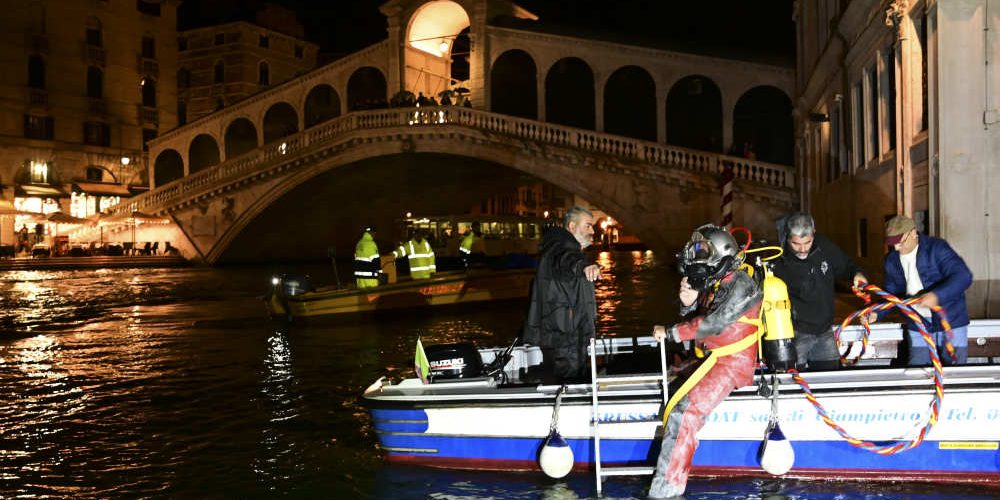 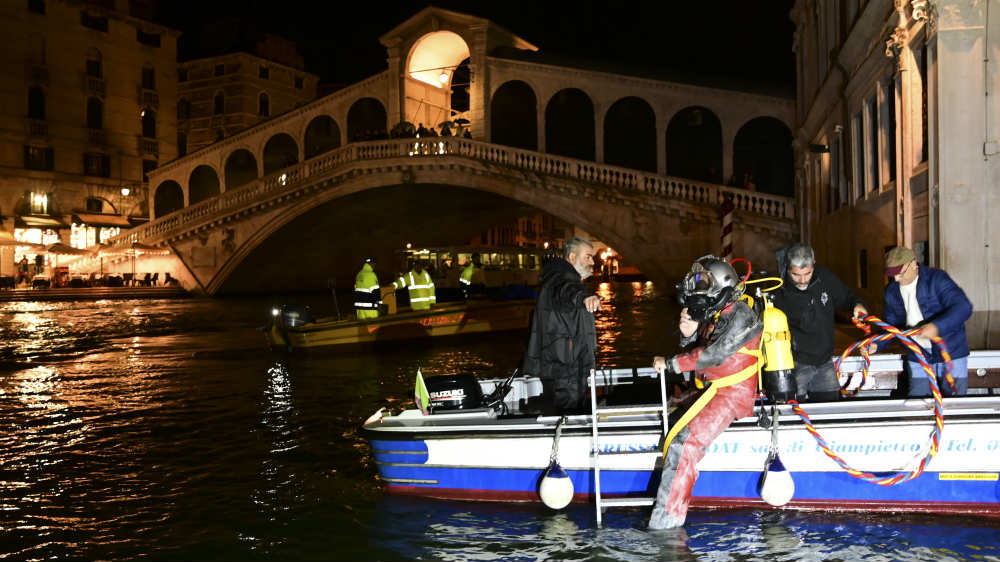 A member of the Venice Gondolieri association prepares to dive into the Canal Grande, close to the famed Rialto Bridge [Miguel Medina/AFP]

Venice’s gondoliers have been swapping boating hats for scuba helmets and diving into canals in a clean-up operation of the UNESCO city that has turned up everything from washing machines to bicycles.

“It’s another world down there,” Lorenzo Brunello told AFPTV late on Sunday as he prepared to plunge into the murky waters in the first night-time trawl for rubbish cluttering up the famous city’s waterways.

It is the sixth time since February that gondoliers have stripped off their trademark stripey tops and donned wetsuits to bring to the surface unwanted belongings, from tires and television sets to vintage radios and telephones.

Their efforts have been rewarded, with over 2.5 tonnes of rubbish collected so far. About six or seven gondoliers show up for each session.

“It’s something we do for the city for free, because the city has given us so much,” Brunello said, adding that visibility is particularly poor at night as the tide rises.

Water taxi driver Alessandro Pulese joined him at the end of his shift as the pair “want to try to do something, little by little, to make people aware of the problem, but also to do something tangible” to tackle it, Brunello said.

“Even if it can seem like a moment of insanity!” he quipped as the moonlight glinted off the cold and uninviting water.

The gondoliers behind the project, Stefano Vio and Alessandro Zuffi, said they would be organising a dive a month until April in the Grand Canal, a major artery that leads to Saint Mark’s Square.

“That’s where we work every day, and where we often have to battle with rubbish floating on the surface,” they were quoted as saying in a city council statement, which largely blamed badly-behaved Venetians for the rubbish problem.