Hugo Carvajal was stripped of his rank by the administration of President Nicolas Maduro after coming out in support of Juan Guaido ... 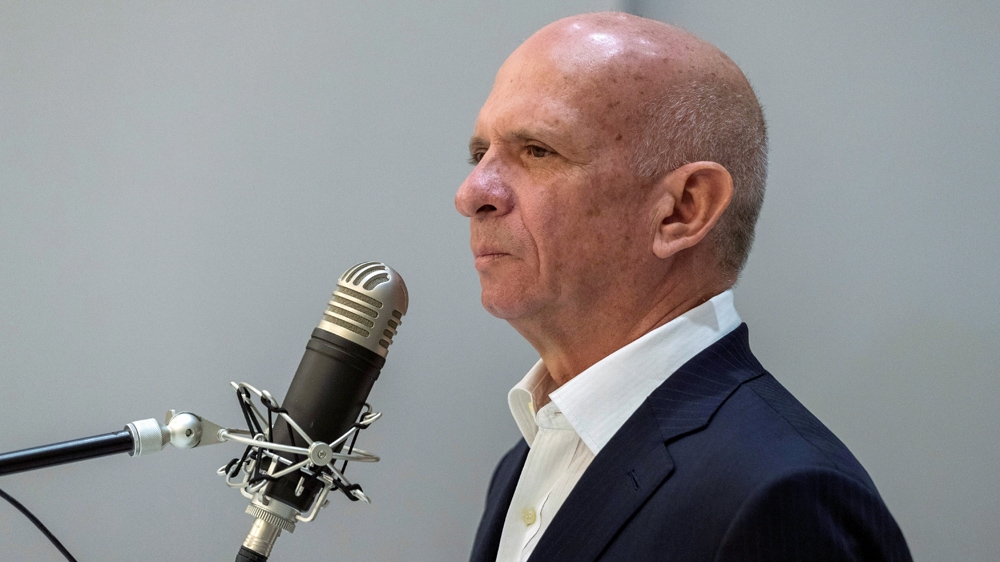 Hugo Carvajal was stripped of his rank by the administration of President Nicolas Maduro after coming out in support of Juan Guaido [File: Reuters]

Venezuela’s former military intelligence chief Hugo Carvajal has gone missing in Spain days after local media reported a Spanish court had agreed to extradite him to the United States on drug trafficking charges.

“They are currently looking for him,” said a spokeswoman for Spain’s national police on Wednesday, referring to Carvajal, also known as El Pollo (the chicken).

Judicial sources said police had gone to his house in Madrid after Friday’s court decision but could not locate him.

Carvajal’s lawyer Maria Dolores de Arguelles told AFP news agency she had “not been informed” they were going to rearrest him, adding that she did not know his whereabouts.

In mid-September, Spain’s National Court had rejected a US extradition request, instead, ordering the release of Carvajal, who served as intelligence chief under the late Venezuelan leader Hugo Chavez.

His release followed five months in provisional detention after being arrested in Madrid in April.

But the court reversed that decision on Friday after accepting an appeal from the public prosecutor’s office, although full details of the ruling have not been made public.

On Monday, Carvajal denied the reports, saying that he was never “notified of any official resolution”.

“In light of the rumours in the press, my lawyers went to the National High Court on Friday and on Saturday and they are also checking the official notification system constantly. As of now, neither my lawyers nor myself have been officially notified of any official resolution on my case,” Carvajal said in a Twitter post.

Carvajal was stripped of his rank by the administration of President Nicolas Maduro after coming out in support of Juan Guaido as Venezuela’s acting president in February, and calling on the military forces to break ranks and to allow a shipment of humanitarian aid to Venezuela.

He then fled by boat, in a 16-hour journey, to the Dominican Republic in March, before relocating to Spain in April.

Carvajal has long been sought by US Treasury officials who suspect him of providing support to drug trafficking activities of the FARC group in Colombia.

In an indictment filed in New York in 2011, Carvajal was accused of coordinating the transport of more than 5.6 tonnes of cocaine from Venezuela to Mexico in 2006 that was ultimately destined for the US.

The US also said Carvajal formed part of a drug cartel known as Los Soles, which not only wanted to enrich its members “but used cocaine as a weapon against the United States due to the adverse effects of the drug on individual users”.

If convicted, Carvajal could face between 10 years and life in prison, the US Justice Department said in April following his arrest.