USA Basketball still has some work to do before heading to China for the FIBA World Cup, but coach Gregg Popovich’s roster is starting... 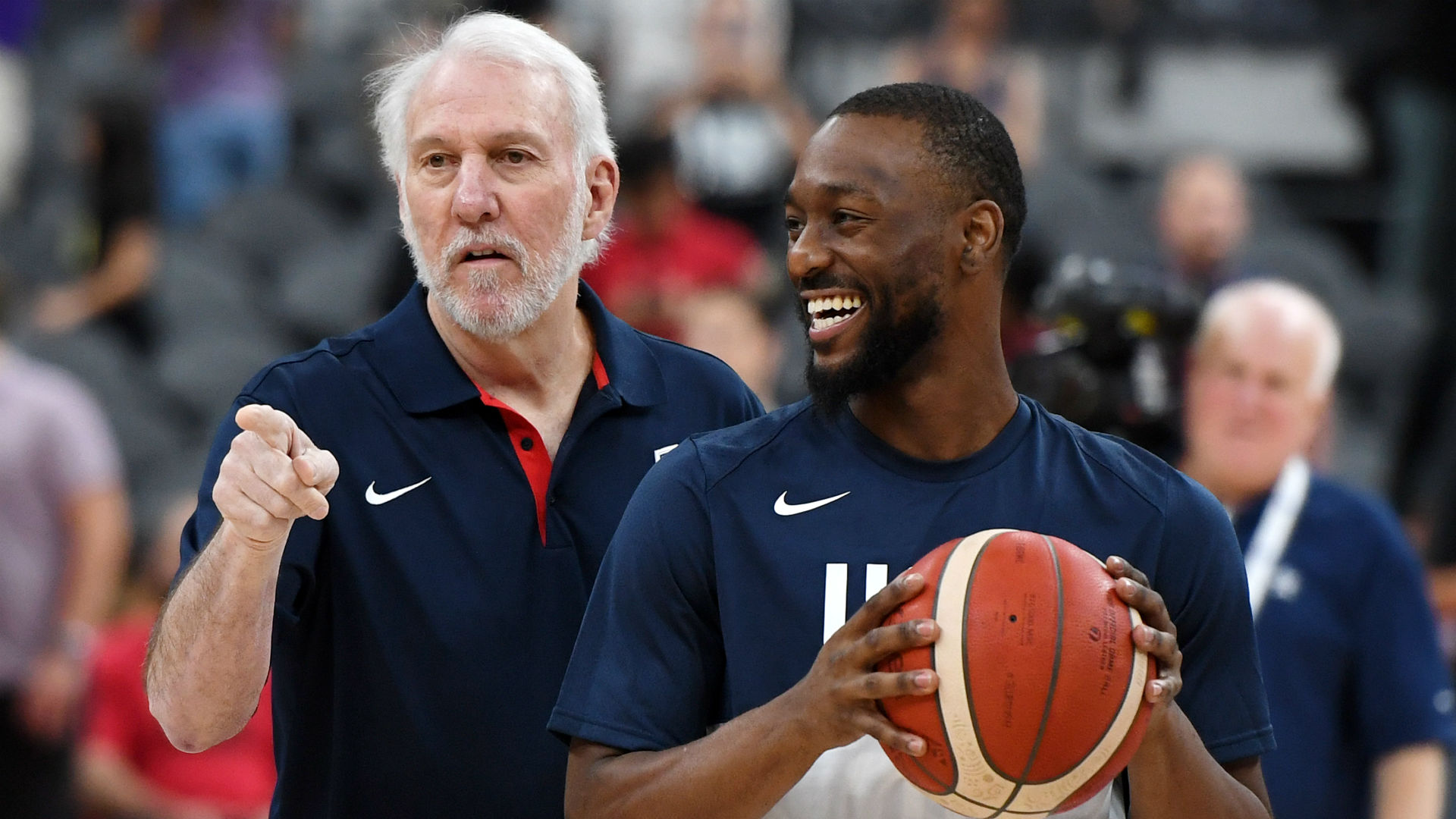 USA Basketball still has some work to do before heading to China for the FIBA World Cup, but coach Gregg Popovich’s roster is starting to take shape.

Following a scrimmage Friday night that wrapped up five days of practices in Las Vegas, managing director Jerry Colangelo said 17 players would move on to Los Angeles for the next round of training camp.

That group includes 13 of the 15 players invited to Vegas as part of the full national team, plus four more added from the select team that provided the opposition all week and in Friday’s scrimmage.

The two national team players not moving on are Thaddeus Young and Bam Adebayo, while Marvin Bagley III and Derrick White were late additions from the select team after De’Aaron Fox and Joe Harris had been promoted earlier in the week.

USA Basketball needs to cut that group down to 12 before it opens the tournament Sept. 1 against the Czech Republic in Shanghai, and it sounds as if the braintrust plans to take its time in doing so.

“We’re bringing a couple of young players from the Select Team so we’re going to be patient with the rest of the squad because we have plenty of time, we have two weeks to decide who will be the final 12,” Colangelo said in a release. “Forty-eight hours before Game 1 in China is when we have to submit a roster so we want to make sure everyone gets a real shot.

“There’s some things we like about every one of the players but how do we come to 12? We don’t have to make the decision now and we want to give everyone a real shot.”

Some of the decisions likely will be based on input by the medical staff, as Lowry continues to recover from thumb surgery while Smart sat out the latter half of the Vegas workouts with calf tightness.

After working out in Los Angeles, the U.S. team will head to Australia for further training and exhibitions in Melbourne and Sydney before moving on to China for the tournament, which runs through Sept. 15.