It is not clear what the Trump administration could do to stop the tankers from turning off transponders The White House... 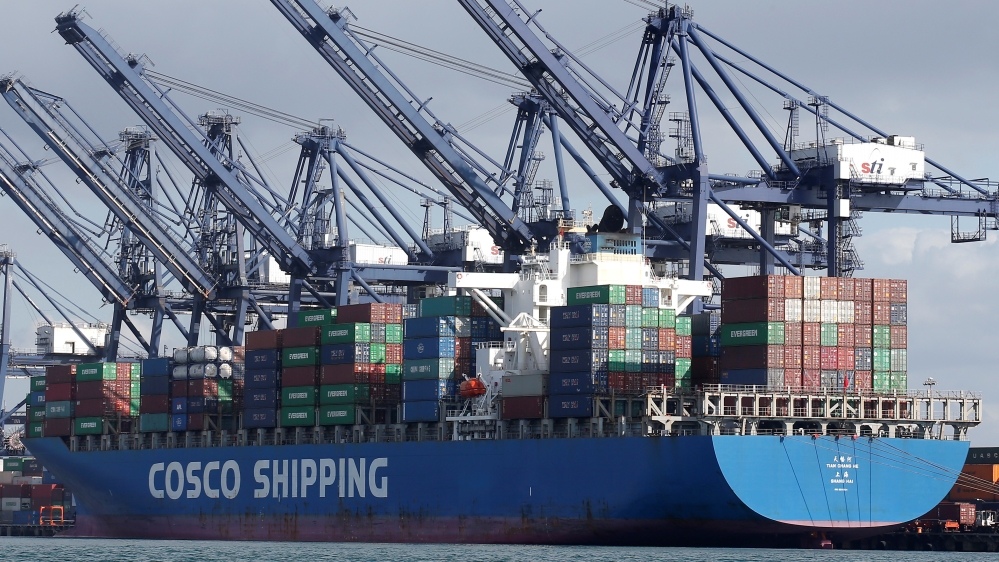 It is not clear what the Trump administration could do to stop the tankers from turning off transponders [File: Rodrigo Garrido/Reuters]

“We’ve been messaging very heavily to the shipping companies, you don’t want to do this, it’s not worth it,” said one official, who spoke to Reuters news agency on condition of anonymity.

China is the largest remaining buyer of Iranian oil after US President Donald Trump reimposed sanctions on Tehran’s main export.

Trump tightened US sanctions in May in an effort to drive Iran’s oil sales to zero.

The sanctions are aimed at quashing Iran‘s nuclear ambitions, ballistic missile programme and influence in Syria, Iraq and other countries. Its oil exports have fallen to less than 400,000 barrels per day from about 2.5 million.

On September 25, the US imposed sanctions on five Chinese individuals and two Chinese COSCO Shipping Corp subsidiaries, saying they shipped Iranian crude oil in violation of the sanctions.

The Trump administration said on Tuesday it had independently confirmed that COSCO had been shutting off AIS on its ships.

All but three of the ships have become traceable since the Reuters report ran on October 9.

In an email statement, COSCO Shipping Tanker (Dalian) said none of its vessels turned off their AIS controllers or stopped transmitting AIS signals.

“Dalian Tanker will continue to adhere to applicable laws and regulations in the conduct of its business operations,” the company said.

The International Maritime Organization requires vessels to use transponders for safety and transparency. Crews can turn off the devices if there is a danger of piracy or similar hazards. But transponders are often shut off to conceal a ship’s location during illicit activities.

The administration believes that sanctions are on the verge of causing an economic depression in Iran, one of the officials said.

Iran has years of experience dealing with sanctions. Some analysts believe Tehran may be attempting to ride out the economic pain until the November 2020 US presidential election, hoping Trump will lose and the next president will take a softer line on Tehran.

“If they calculate that there is going to be [a new president] and they are incorrect, that’s bad,” the second official said. “Because I don’t think anybody thinks that they could make it another four years after next November under this kind of sanctions regime.”

The Trump administration is watching illegal shipments even if it is not able to stop them, the second official said.

“We are literally going ship by ship at this point because each ship is incredibly important” to Iran’s economy, the second official said.

Trump wants initial talks with Iranian President Hassan Rouhani, without preconditions, to see whether there is a chance for a deal to ease tensions between the two countries, one official said. The two leaders did not meet at last month’s United Nations General Assembly gathering.

On Friday, the US said it was sending about 3,000 additional military personnel to Saudi Arabia to bolster defences after attacks on oil facilities last month, which were widely blamed on Iran.