Trump speaks during the 74th Session of the United Nations General Assembly at UN Headquarters in New York US President Donald Trump... 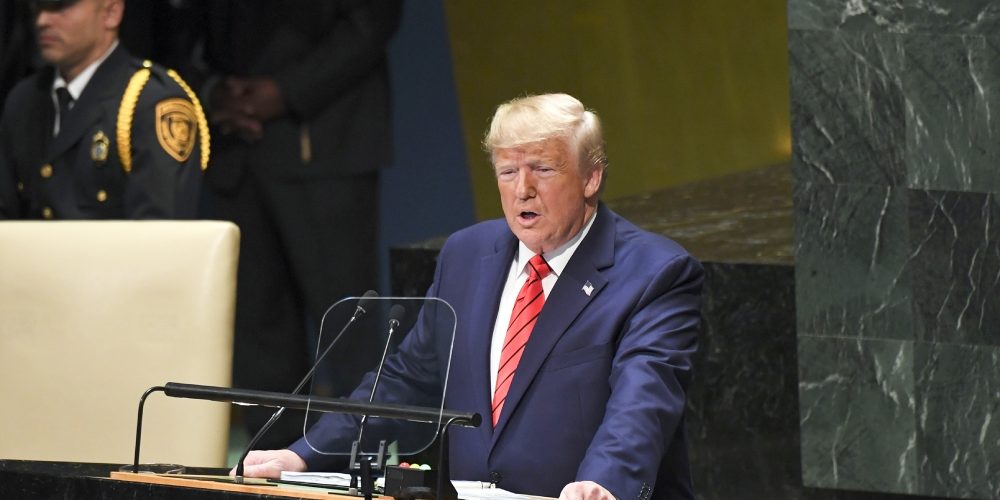 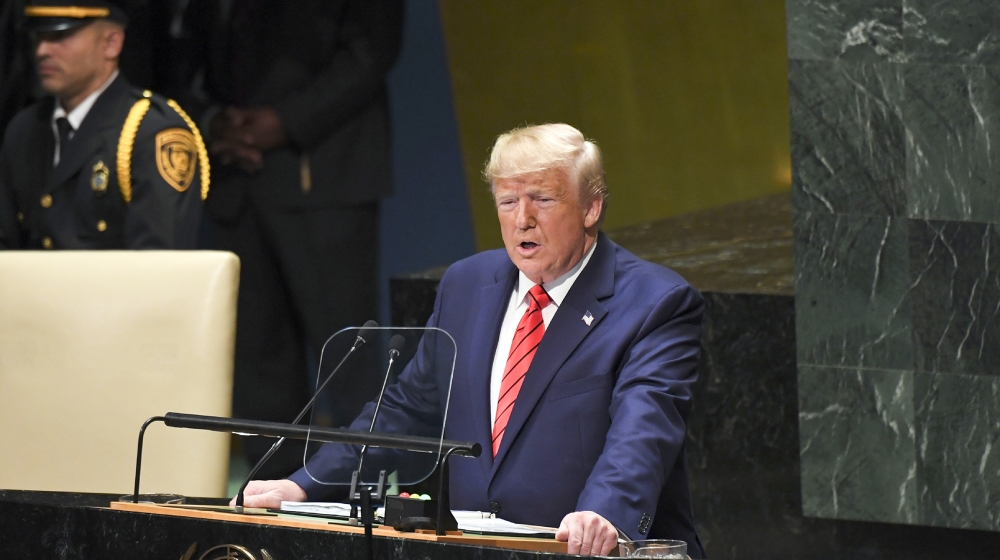 US President Donald Trump told the United Nations General Assembly (UNGA) on Tuesday that the world has a “duty to act” when it comes to Iran.

“One of the greatest security threats facing peace-loving nations today is the repressive regime in Iran,” Trump said.

“No responsible government should subsidise Iran’s bloodlust,” Trump added. “As long as Iran’s menacing behaviour continues, sanctions will not be lifted. They will be tightened.”

The US president’s speech comes as tensions flare in the Middle East over attacks on Saudi oil facilities earlier this month.

The US, Saudi Arabia, Germany, the UK and France blame Iran for the attacks, allegations Tehran has repeatedly denied. The attacks were claimed by Yemen’s Houthi rebels, who have been locked in a war with a Saudi-UAE-led coalition since 2015

Ahead of his speech on Tuesday, Trump struck a conciliatory tone, saying he was in a “very strong position” with Iran, which he believed wanted to do something to defuse tensions with the US.

During his speech, Trump said it was “time for Iran’s leaders to finally put the Iranian people first. America is ready to embrace friendship with all who genuinely seek peace and respect.”

James Bays, Al Jazeera’s diplomatic editor, said it seems “that this White House and this president are still potentially looking at a diplomatic route”.

The heightened tension in the Middle East has led to fears that further action on any side could rapidly escalate a confrontation that has been raging just below the surface in the wider region in recent months.

On Tuesday, Trump said that the US does not seek conflict with other countries but will defend US interests.

“We desire peace, cooperation, and mutual gain with all. But I will never fail to defend America’s interests,” Trump said.

Last month, Trump called off a military attack on Iran at the last minute after Tehran downed an unmanned US military drone. Iran maintains the drone was in Iranian airspace. The US says it was in international territory.

Tensions have been boiling ever since Trump pulled the US out of Iran’s 2015 agreement with world powers that curtailed Iranian nuclear activities and the US reimposed sanctions that sent Iran’s economy into freefall.

Tehran has ruled out talks with Washington unless it returns to the pact.

Iranian President Hassan Rouhani said on Tuesday said he was open to discussing small changes, additions or amendments to the 2015 nuclear deal if the US lifted sanctions on the country.

“I will be open to discuss small changes, additions or amendments to nuclear deal if sanctions were taken away,” Rouhani told reporters in New York.