US Trump Throws Support to El-Sisi, ‘Not Concerned’ with Egypt Protests

Trump met with Egypt’s President el-Sisi at the annual UN General Assembly meeting US President Donald Trump has thrown his support behind... 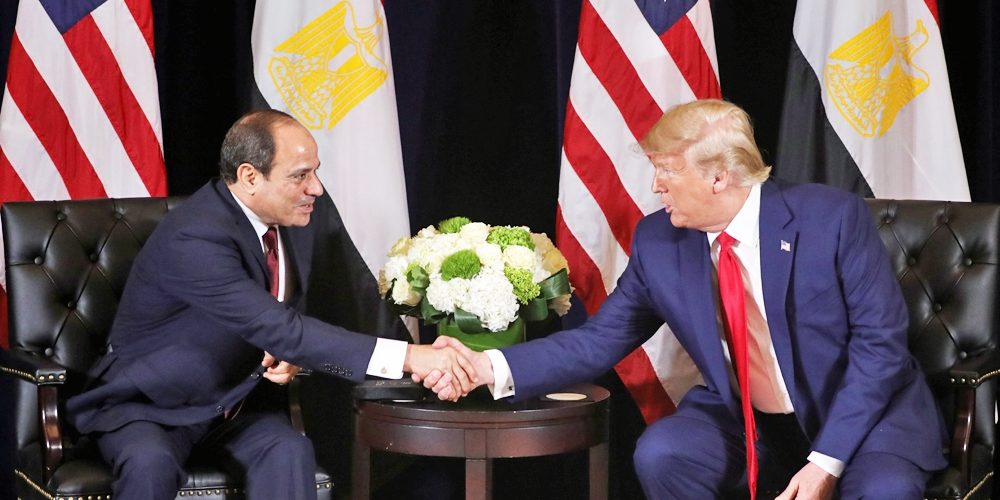 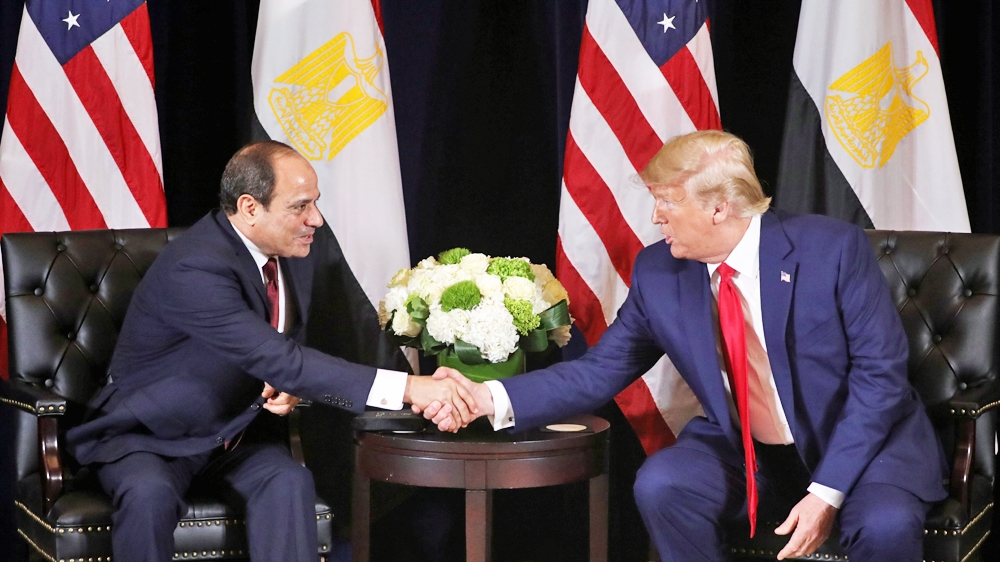 US President Donald Trump has thrown his support behind Egyptian President Abdel Fattah el-Sisi, who has come under pressure in the face of protests calling for him to step down in Egypt.

“Everybody has demonstrations,” Trump said on Monday while meeting el-Sisi on the sidelines of the 74th session of the UN General Assembly in New York City.

“I’m not concerned with it. Egypt has a great leader. He’s highly respected.”

In a rare display of dissent, thousands of protesters on Friday and Saturday defied a de facto ban on demonstrations as they took to the streets in central Cairo and several other cities to call for el-Sisi’s departure.

In the port city of Suez, security forces on Saturday clashed with hundreds of protesters, firing tear gas and live rounds as they moved in to disperse the crowd.

On Monday, a rights group said more than 500 people have been arrested across the country since the protests began.

“The latest count of those arrested over the events since Friday in Cairo and other provinces has risen to 516,” the Egyptian Centre for Economic and Social Rights said in a statement.

The protests came in response to calls for el-Sisi to step down by Mohamed Ali, a building contractor and actor who has accused the president and the military of corruption in a series of videos posted online.

From self-imposed exile in Spain, Ali has called a “million-man march” on Friday and for protesters to fill all “major squares” of the country.

Discontent over rising prices has been swelling in Egypt, where the government has imposed strict austerity measures since 2016 as part of a $12bn loan package from the International Monetary Fund. Nearly one in three Egyptians live below the poverty line on less than $1.40 a day, according to official figures released in July. Other estimates put the figure higher.

El-Sisi has dismissed the corruption allegations as “lies” and “slander”. When asked about the demonstrations, the Egyptian president on Monday blamed them on “political Islam”.

During his time in office, he has overseen a broad crackdown on dissent including the jailing of thousands of dissidents and the effective banning of protests.

Human rights groups have long raised concerns about the el-Sisi government’s human rights record, but Trump on Monday insisted his Egyptian counterpart “has done some things that are absolutely amazing in a short period of time”.

“When he took over, it was in turmoil. But it’s not in turmoil anymore. I just wanted to say we have a long-term great relationship. It’s better than ever before,” Trump said.

Earlier this month, The Wall Street Journal reported that Trump referred to el-Sisi as his “favourite dictator” as he waited for him at the G7 summit in France in August.

Witnesses among the small gathering of US and Egyptian officials said they believed Trump was joking, but the comment nonetheless drew attention to criticism about el-Sisi’s authoritarian rule and rampant human rights abuses in Egypt, as well as Washington’s tacit approval.

‘Our lawyers can’t keep up’

Since the protests erupted, security forces have reportedly reinforced their presence in central Cairo, while plainclothes officers have been stopping people to check the social media content on their mobile phones, according to reports. Al Jazeera is banned from reporting inside Egypt.

“Our lawyers can’t keep up,” said Gamal Eid, director of the Arab Network for Human Rights Information, commenting on the growing number of arrests in different parts of the country,

Among those detained is prominent human rights lawyer Mahienour El-Massry, who was arrested late on Sunday as she walked out of the state prosecutor’s office in the capital city, where she was representing detainees.

A judicial official said el-Massry had been placed in pre-trial detention for 15 days on charges of “taking part with a terrorist group to achieve its goals and publishing false news”, according to AFP news agency.