The United States has decided to impose sanctions on Iran’s nuclear entity, the Atomic Energy Organization of Iran (AEOI), and its top official, Ali... 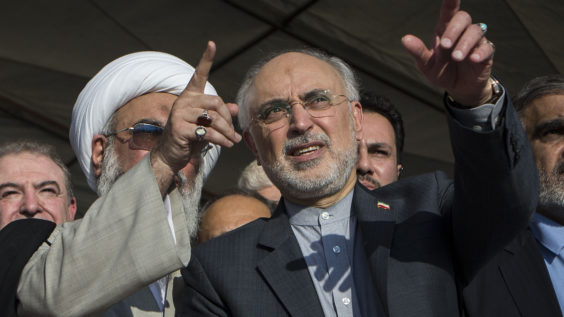 The United States has decided to impose sanctions on Iran’s nuclear entity, the Atomic Energy Organization of Iran (AEOI), and its top official, Ali Akbar Salehi, but will renew waivers for 60 days to allow Russian, Chinese and European firms to continue nonproliferation work at sites of nuclear cooperation, such as the Arak heavy water research reactor, the Bushehr nuclear power plant, and the Tehran Research Reactor, sources said on Thursday. There was reportedly a “difference of opinion” between the US Treasury and State Department on the issue, and the opinion of the Treasury prevailed. There was heavy pressure in Washington to stop the waivers in order to exert more pressure on Iran, and it is not clear why they were extended. The decision to sanction Salehi and the AEOI would have an impact on Iran’s civilian nuclear program because it has operational control over that program. The Bushehr waiver was reportedly extended because the Russian firm that would have been targeted for sanctions also provides nuclear fuel for US facilities.