BEIJING • “I am lost and perplexed,” Chinese furniture maker Ben Yang said as he reeled from news that US tariffs on his products... 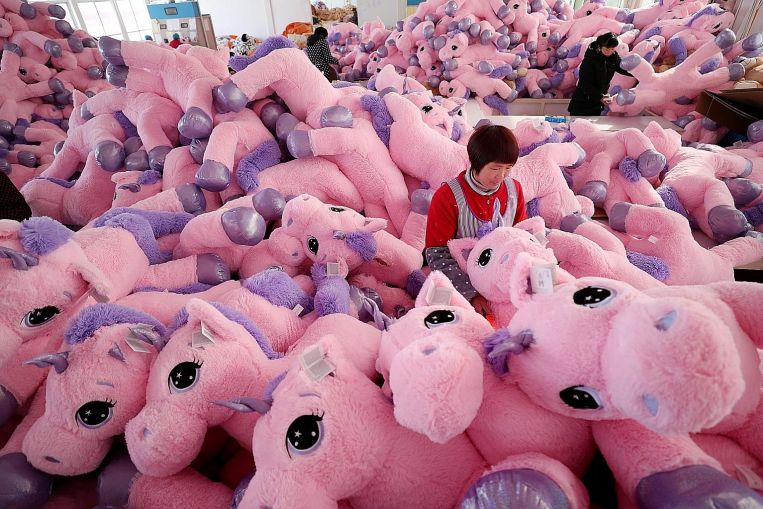 BEIJING • “I am lost and perplexed,” Chinese furniture maker Ben Yang said as he reeled from news that US tariffs on his products had been increased from 10 per cent to 25 per cent. “We probably have to switch to making something else or shut down altogether.”

Furniture makers like Mr Yang’s Sunrise Furniture, based in the industrial heartland of Dongguan, in southern China, already had wafer-thin profit margins after years battling rising labour and other costs. A Bloomberg Economics analysis of almost 1,000 companies in major export sectors found that not many can survive tariffs of 25 per cent.

That raises the spectre of substantial disruption to China’s dominant role in the global supply chain, with painful adjustments rippling across the world after United States President Donald Trump escalated the trade war last week.

China’s best hope is that it can soften the blow by selling more to the rest of the world and in its rapidly expanding home market. “The US tariff hike threatens to dislodge China from the global supply chain,” said Mr Chua Hak Bin, a senior economist at Maybank Kim Eng Research in Singapore. “The current China-centred supply chain will likely break up and shift towards South-east Asia and disperse more widely across the globe.”

As exporters struggled to digest the news of Mr Trump’s move last week on US$200 billion (S$274 billion) of Chinese exports, the affected group was set to get even bigger.

The US Trade Representative’s office on Monday released a list of another US$300 billion worth of Chinese goods, including children’s clothing, toys, cellphones and laptops, that are being threatened with a 25 per cent tariff. If that takes effect, practically all of China’s exports to the US will be drawn into the trade war.

For cable-maker Jiangyin Haocheng Electrical Appliance Wire and Cable based in the east coast province of Jiangsu, Mr Trump’s tariffs “have thrown everything into uncertainty”, said marketing manager Ellen Lee. “We have a profit margin of only 10 per cent – it is so thin that we cannot reduce prices any more,” she said. Her only comfort is that most of her competitors are also based in China, and so everyone will be hit.

Taizhou Jinba Health Technology in Zhejiang province on the east coast sells half of its hairdryers and curling irons to the US. The tariff increase will slash that share to about 30 per cent, according to sales representative Ryan Tao. With a profit margin of 20 per cent to 30 per cent, the company will reduce prices by 5 per cent to 10 per cent to keep customers, he said.

That puts them at the top of the companies Bloomberg Economics examined. Fewer than 60 companies out of 1,000 listed exporters in the study had profit margins higher than 25 per cent. Three hundred had profit margins of more than 10 per cent, and the rest were below that.

Increasing tariffs to 25 per cent on about US$200 billion of goods will reduce China’s exports by 2.7 per cent, drag on growth by 50 basis points over the next two to three years and cause 2.1 million jobs to be lost, Mr Liu Ligang, chief China economist at Citigroup in Hong Kong, said in a May 10 note.

Still, exports to the US account for around a fifth of China’s total, and Deutsche Bank estimates that China’s industrial output overall has only a 5 per cent exposure to the US market.

Chinese production serving the rest of the world is five times more important than the supply chain serving the US, Deutsche Bank China economist Zhang Zhiwei in Hong Kong said last year. The key issue is whether US tariffs drive out supply chains from China that serve other countries, and history suggests they will not, he said.

But companies will still have to adapt. “Trade frictions would deter business investment in China or incentivise companies to reallocate capacity to other regional economies or back to the US,” said Mr Zhuang Bo, chief China economist in Beijing at research firm TS Lombard.

The long-term threat for China is how its role as the core of the world’s supply chain holds up. Tariffs of 25 per cent are set to give that probably its biggest-ever test.