US-Taliban Talks End, Both Sides to Go Home to Consult with Their Leaders

An eighth round of peace talks between United States and Taliban representatives ended Monday, with officials on both sides saying they would return home... 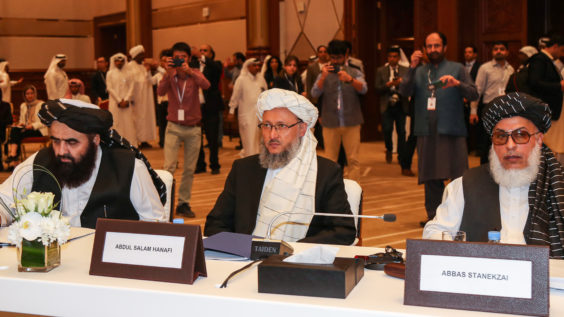 An eighth round of peace talks between United States and Taliban representatives ended Monday, with officials on both sides saying they would return home in order to consult with their leaders. The American goal is to forge an agreement that would end the country’s longest-ever war by allowing for a total US troop withdrawal in exchange for assurances from the Taliban to prevent terrorists from using Afghanistan as a future launching pad for attacks, as was the case with 9/11. A US official revealed that the negotiations had advanced to a stage whereby discussions involved the prospective implementation of technical details outlined in a nearly completed accord. However, the tentative pact has come under fire, as it is not expected to demand a cease-fire between the Taliban and the US-backed government in Kabul – thereby raising fears that the fighting might continue after foreign forces leave the country. To this end, Afghan President Ashraf Ghani appeared to question the emerging deal, saying his nation would chart its own course moving forward without the help of outsiders. No Afghan officials have partaken in the peace talks as the Taliban refuses to recognize the government.