US Secretary of State Mike Pompeo has urged the international community to step up its efforts to confront Iran, ahead of the expiration of... 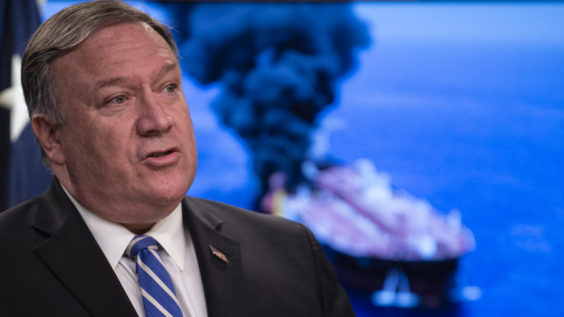 US Secretary of State Mike Pompeo has urged the international community to step up its efforts to confront Iran, ahead of the expiration of a United Nations-mandated arms embargo on the Islamic Republic. “We urge our allies and partners to increase pressure on the Iranian regime until it stops its destabilizing behavior,” Pompeo wrote in a Twitter post that featured an image of a clock ticking down to zero. A State Department memo elaborated, noting, for example, that “the head of the brutal Islamic Revolutionary Guard Corps, Qasem Soleimani, will be allowed to travel [as of] October 18, 2020. Soon after, the Iranian regime will also be free to sell weapons to anyone, including terrorist proxies, and countries like Russia and China will be able to sell the Iranian regime tanks, missiles, and air defense equipment.” The warning comes amid heightened tensions between Washington and Tehran, which the White House has accused of perpetrating numerous attacks on tankers in Gulf waterways, as well as ordering its proxies in Iraq and Yemen to attack American assets and those of US regional allies. While President Donald Trump has left open the possibility of renegotiating the 2015 multilateral nuclear deal – from which he withdrew in May of last year – Iranian President Hassan Rouhani reiterated that a precondition for such talks was the lifting of crippling US economic sanctions imposed on the Islamic Republic.