US Secretary of State Mike Pompeo slammed Ayatollah Ali Khamenei, after Iran’s supreme leader tweeted Saturday that “The plot of ‘Deal of the... 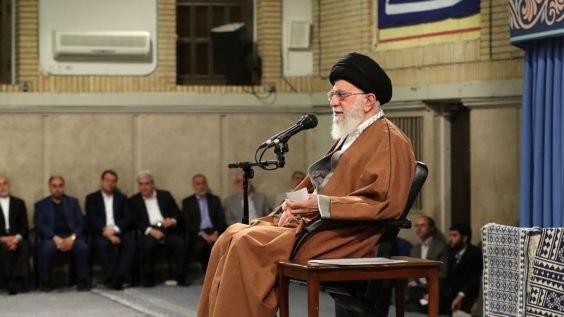 US Secretary of State Mike Pompeo slammed Ayatollah Ali Khamenei, after Iran’s supreme leader tweeted Saturday that “The plot of [the] ‘Deal of the Century,’ which is being worked on by the oppressive US and its traitorous cohorts, is a crime committed against humankind, not just the Palestinian nation.” The term ‘Deal of the Century,’ initially dubbed by President Donald Trump, has morphed into a derogatory term used by opponents of the White House’s Israeli-Palestinian peace plan. In response, Pompeo posted to social media that, “It’s sick that on the eve of Tisha B’Av, a solemn day for the Jewish people, Khamenei calls for violence against the Jewish state. His faux concern for the Palestinian people runs so deep that under his reign of terror he provided less than $20,000 in aid since 2008, while sending millions to Hamas and other terrorists.” By contrast, the top American diplomat noted that Washington had provided the Palestinian leadership with $6.3 billion in financial support since 1994. The war-of-words comes amid heightened tensions between Iran and the US, which has accused the Shiite Islamic Republic of perpetrating attacks on six oil tankers in Gulf waterways, and of ordering its proxies to target American interests in Iraq as well as critical infrastructure in Sunni Saudi Arabia. President Trump last year withdrew from the 2015 multilateral nuclear deal forged with Tehran, and has since imposed crippling sanctions on the mullah regime.