US President Trump To Release Peace Plan After Israel election

Kushner (c), Trump’s son-in-law, is said to be the main architect of a proposed $50bn economic plan United States President Donald Trump has... 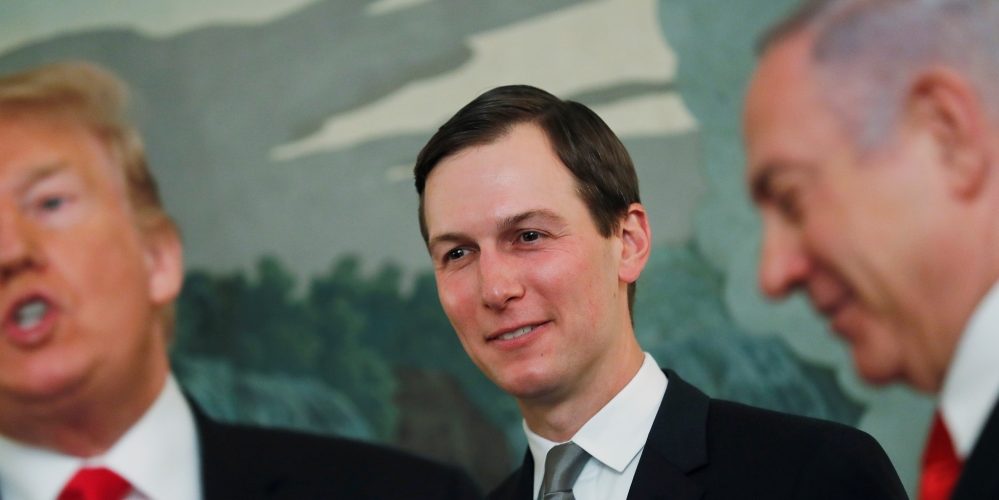 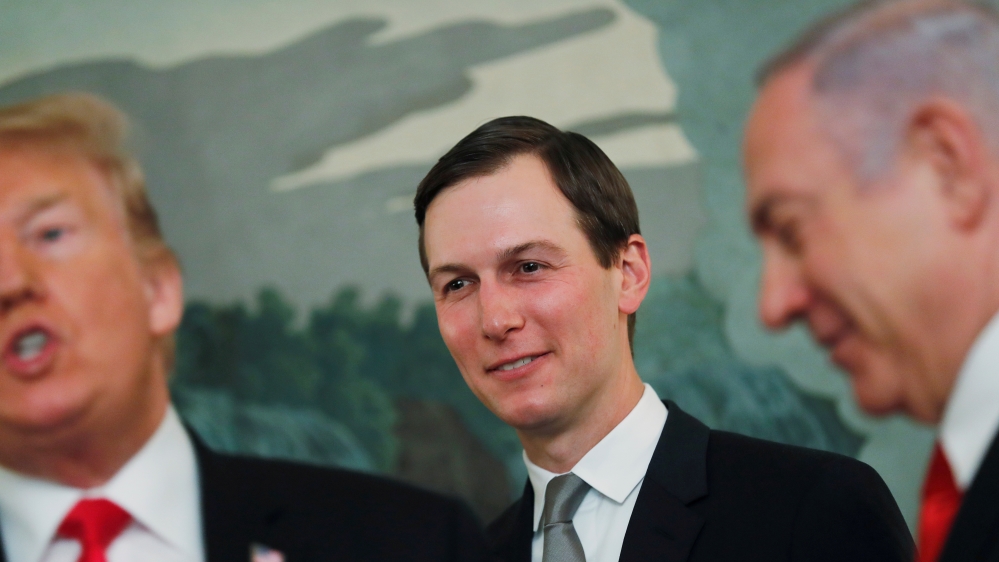 Kushner (c), Trump’s son-in-law, is said to be the main architect of a proposed $50bn economic plan [Carlos Barria/Reuters]

United States President Donald Trump has said he would likely wait until after Israel’s September 17 elections before releasing the long-awaited peace plan for the region that was designed by White House senior adviser Jared Kushner.

Kushner, Trump’s son-in-law, is said to be the main architect of a proposed $50bn economic plan for Palestine, Jordan, Egypt and Lebanon.

The upcoming Israeli election is the second one of its kind scheduled to take place this year.

In May, the Israeli parliament voted to dissolve parliament after right-wing Prime Minister Benjamin Netanyahu failed to put together a ruling coalition before a deadline despite weeks of negotiations.

In June, Kushner unveiled the financial portion of the so-called peace plan at a US-sponsored summit in Bahrain attended by Arab leaders – but was boycotted by the Palestinians.

Palestinian leaders said the gathering avoided a political settlement based on a two-state solution, describing it as an attempt by the US administration and some of its allies in the region to “liquidate” the Palestinian cause.

In an interview with Al Jazeera, Kushner offered a glimpse of what the political process could look like.

“And we need to think about what are the fundamental things that are underlying and important. Number one is security. I think that the Israeli population and the Palestinian population and the broader Middle East right now cares about having security.

“The more security you have, the more you can have freer flow of goods, freer flow of people. I know that’s a very big issue for the Palestinians.”

But Palestinian leaders have rejected Kushner’s plan long before its initial debut for several other reasons.

Trump has taken an unapologetically pro-Israel line during his presidency, with moves including his controversial recognition of Jerusalem as Israel’s capital in late 2017.

He also slashed funding to the United Nations Relief and Works Agency for Palestine Refugees (UNRWA).

The Palestinian leadership say the US cannot be an honest peace broker in negotiations with the Israeli side, and have since refused to engage with the Trump administration.