The US marked the 18th anniversary of the terror attacks that took almost 3000 lives US President Donald Trump has pledged to... 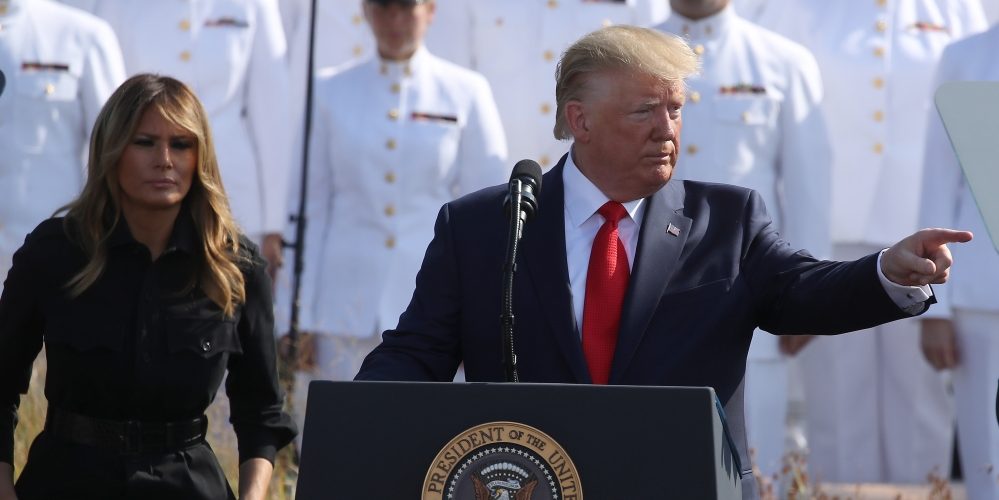 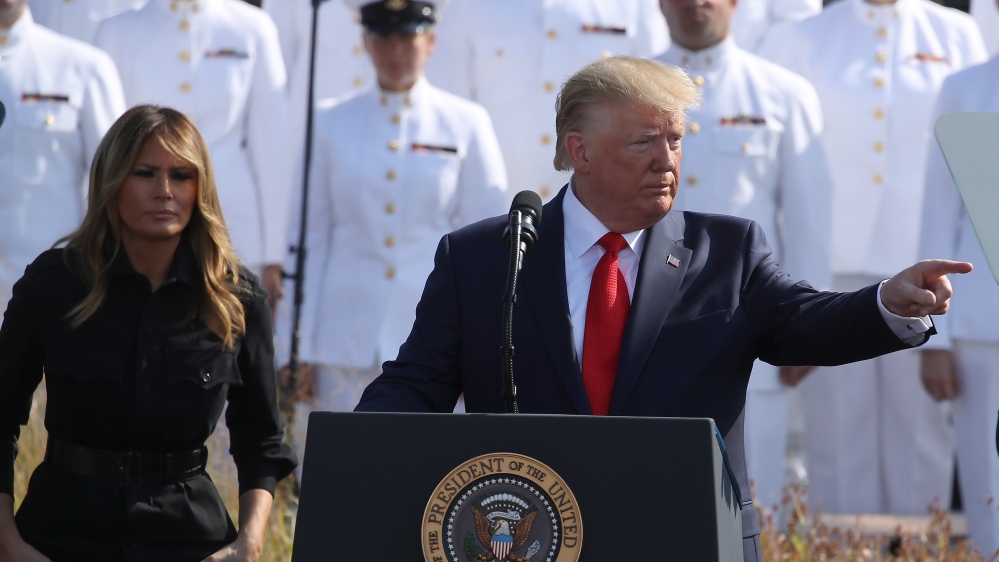 US President Donald Trump has pledged to hit the Taliban “harder than they have ever been hit before”, as the United States marked the 18th anniversary of the September 11 attacks on Wednesday.

“And if for any reason they come back to our country, we will go wherever they are and use power the likes of which the United States has never used before – and I’m not even talking about nuclear power. They will never have seen anything like what will happen to them,” he said.

Trump in a surprise move scrapped talks with the Afghan armed group over the weekend after an American soldier was killed in a suicide attack in the Afghan capital Kabul last week.

Months of US negotiations with the Taliban, who control large parts of Afghanistan, were aimed at ending 18-year-old war in the South Asian nation.

The developments came as US and Taliban officials were on the verge of signing a draft deal that could have led to withdrawal of US troops from the country and in return a Taliban guarantee not to use Afghanistan as a launchpad for global attacks.

After the talks collapsed, fighting has picked up in several areas of northern Afghanistan with the Taliban on Tuesday pledging to continue fighting against US forces in the country.

On the eve of the September 11 anniversary, a rocket exploded at the US Embassy in Kabul just after midnight, with no injuries reported.

In a statement to Al Jazeera, Taliban spokesman Zabihullah Mujahid said Washington would regret turning its back on talks spearheaded by high-level officials from both sides.

“We had two ways to end occupation in Afghanistan, one was jihad and fighting, the other was talks and negotiations,” Mujahid said.

“If Trump wants to stop talks, we will take the first way and they will soon regret it,” he said.

The US-led coalition invaded Afghanistan in the wake of the September 11 attacks to oust the then ruling Taliban from power for habouring al-Qaeda, which was accused of being behind 9/11 attacks.

Al-Qaeda has been decimated over the years and most of its leaders killed, including Osama bin Laden.

But US officials estimate there are still small numbers of al-Qaeda fighters in Afghanistan, some with deep ties to the Taliban armed group.