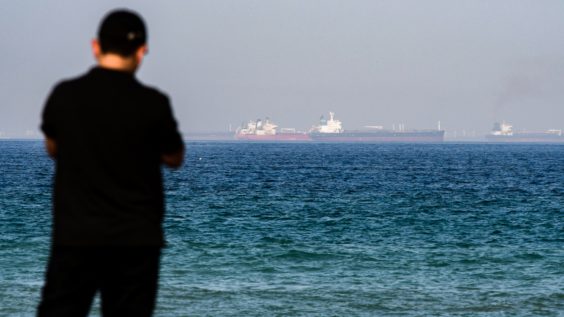 “We’re very prepared for Iran. We’ll see what happens,” U.S. President Donald Trump told the media on Tuesday against the backdrop of Iranian threats to boost its enrichment of uranium as well as attacks against oil tankers and other violence he has blamed on Tehran. “I would certainly go [to war] over nuclear weapons and I would keep the other [tanker and similar attacks] a question mark,” he said, calling suspicious explosions involving six oil tankers in the Gulf of Oman over the past month “very minor.” Nevertheless, Washington has moved an aircraft carrier and B-52 bombers to the region, as well as Patriot air-defense systems, and has spoken of moving in additional U.S. troops. The Iranians have denied any involvement in the attacks against the tankers, and some U.S. allies have questioned whether there is sufficient evidence linking the explosions to Tehran, though many experts say there’s little possibility it was anyone else in terms of capability and motive. Trump withdrew the U.S. from a 2015 multilateral pact that canceled crippling economic and other sanctions against Iran in return for an end to the Islamic Republic’s nuclear drive, re-imposing the sanctions to the point where analysts say Tehran is feeling the squeeze and might be compelled to destabilize the region in response.