US President Donald Trump warned Iran on Sunday over its imminent breach of a uranium enrichment cap. “Iran better be careful, because you enrich... 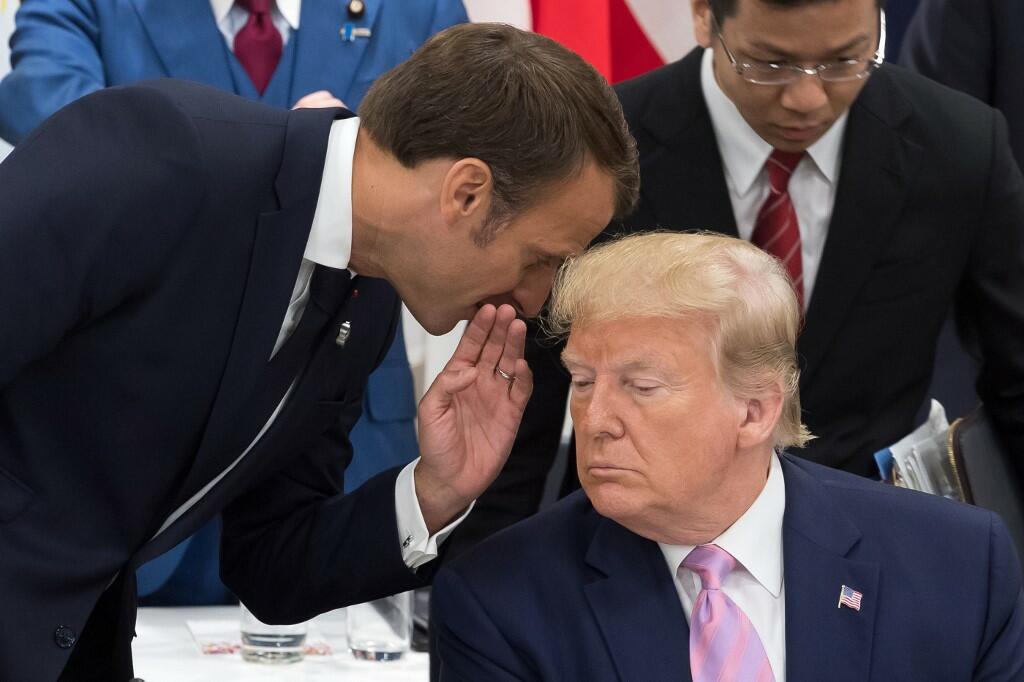 US President Donald Trump warned Iran on Sunday over its imminent breach of a uranium enrichment cap.

The 3.67 percent enrichment limit set in the agreement is far below the more than 90 percent level required for a nuclear warhead.

Iran will face further sanctions in response to its expected breach Sunday of a uranium enrichment cap, US Secretary of State Mike Pompeo said.

“Iran’s latest expansion of its nuclear programme will lead to further isolation and sanctions,” the top US diplomat said on Twitter.

“Nations should restore the long-standing standard of no enrichment for Iran’s nuclear programme. Iran’s regime, armed with nuclear weapons, would pose an even greater danger to the world,” Pompeo said.

France on Sunday demanded that Iran halt any activity that breaches the 2015 nuclear accord, expressing “great concern” over Tehran’s statement that it was set to breach the uranium enrichment cap set under the deal.

“We firmly demand that Iran halt all activities that do not meet its commitments under the JCPoA (Joint Comprehensive Plan of Action),” foreign ministry spokeswoman Agnes von der Muehll said in a statement.

“France is in contact with its partners involved to engage in the necessary de-escalation of tensions as part of the Iranian nuclear issue,” the statement said.

The European Union on Sunday strongly urged Iran to stop actions that would undermine a landmark 2015 nuclear deal, saying it was in touch with other parties to the deal and may set up a joint commission to look into the issue.

“We are extremely concerned at Iran’s announcement that it has started uranium enrichment above the limit of 3.67 percent,” spokeswoman Maja Kocijancic for EU foreign policy chief Federica Mogherini said in a statement.

Berlin reacted with alarm to Iran’s announcement that it would enrich uranium beyond levels allowed in its 2015 nuclear deal, just over a year after the US pulled out of the pact.

“We strongly urge Iran to stop and reverse all activities inconsistent with its commitments,” a German foreign office spokesman said, naming production of larger quantities of low-enriched uranium as well as enrichment to higher levels than allowed.

“We are in contact with the other JCPoA participants regarding the next steps,” Berlin added, referring to the 2015 agreement between Iran and six world powers including Russia, Germany, Britain, and France.

Britain urged Iran to “immediately stop and reverse all activities inconsistent with its obligations,” hours after Tehran threatened to abandon a landmark nuclear agreement in 60 days.

“While the UK remains fully committed to the deal, Iran must immediately stop and reverse all activities inconsistent with its obligations,” the British Foreign Office said in a statement.

“We are coordinating with other JCPoA participants regarding the next steps under the terms of the deal,” it added, referring to the 2015 deal struck between Iran and six world powers including Britain.

Iran denied that an oil tanker detained by Britain in Gibraltar was carrying crude to Syria, which would put it in violation of EU sanctions.

“The tanker was carrying Iran’s oil… Contrary to what the British government claims, its destination was not Syria,” said Iranian Deputy Foreign Minister Abbas Araghchi at a press conference in Tehran.

“The port named in Syria does not even have the capacity for such a supertanker to dock. Its destination was somewhere else,” he added.

The 330-metre (1,000-feet) Grace 1, capable of carrying 2 million oil barrels, was halted in the early hours of Thursday by police and customs agencies in Gibraltar, a British overseas territory on Spain’s southern tip at the western entrance to the Mediterranean.

The French government will not trigger the Iran nuclear deal’s dispute resolution mechanism for now, instead of giving itself one week to try to get all parties talking again after Iran decided to enrich uranium above limits agreed in 2015.

“It’s not an option at this moment,” a source at President Emmanuel Macron’s Elysee office said on Sunday.

The dispute resolution mechanism could eventually lead to the reimposition of United Nations sanctions on Iran.

Israeli Prime Minister Benjamin Netanyahu said an announced increase of uranium enrichment by Iran was an extremely dangerous move and he again called on Europe to impose punitive sanctions on Tehran.

“This is a very, very dangerous step,” Netanyahu said in public remarks to his cabinet.

“Iran has violated its solemn promise under the UN Security Council not to enrich uranium beyond a certain level,” he said.

Iran said on Sunday it was set to breach the uranium enrichment cap set by an endangered nuclear deal within hours as it seeks to press signatories into keeping their side of the bargain.

Tehran also threatened to abandon more commitments unless a solution is found with parties to the 2015 agreement.

The move to start enriching uranium above the agreed maximum purification level of 3.67 percent comes despite opposition from the European Union and the United States, which has quit the deal.

Rouhani initially flagged Tehran’s intentions on May 8, exactly a year on from US President Donald Trump unilaterally abandoning the multilateral deal.

He has said the move is in response to a failure by remaining state signatories to keep their promise to help Iran work around biting sanctions reimposed by the US in the second half of last year.

Deputy Foreign Minister Abbas Araghchi on Sunday singled out Iran’s declining oil sales as one of the main issues that needed to be solved, or Tehran would further step back from its commitments.

“We hope we can reach a solution otherwise after 60 days we will take the third step as well,” he said, without specifying what the further measures would involve.

French President Emmanuel Macron told Rouhani of his “strong concern” over the risk of weakening the nuclear agreement and the consequences that would follow during a telephone call Saturday, according to a statement from the Elysee Palace.

However, the two leaders agreed to “explore by July 15 the conditions for a resumption of dialogue between all parties”, the statement said, adding that Macron would consult with Iranian authorities and international partners to bring about the “necessary de-escalation” of the situation over the coming days.

It is not yet clear how far the Islamic republic will boost enrichment.

But a top advisor to Iran’s Supreme Leader Ayatollah Ali Khamenei hinted on Friday it could reach five percent.

Inspectors from the UN nuclear watchdog, who are in Iran, will report back once they have checked that Tehran has enriched uranium to a higher level of purity than that allowed under its nuclear deal, the agency said on Sunday.

“We are aware of Iran’s announcement related to its uranium enrichment level,” a spokesman for the International Atomic Energy Agency said.

“IAEA inspectors in Iran will report to our headquarters as soon as they verify the announced development.”

The 2015 deal was reached between Iran and six world powers – Britain, China, France, Germany, the United States and Russia – and saw Tehran agree to drastically scale down its nuclear programme in exchange for sanctions relief.

Washington withdrew from the deal and began reimposing sanctions in August 2018 and has targeted crucial sectors including oil exports and the banking system, fuelling a deep recession.

The 3.67 percent enrichment limit set in the agreement is sufficient for power generation but far below the more than 90 percent level required for a nuclear warhead.

Rouhani has stressed that Iran’s action would be reversed if the other parties provided relief from the US sanctions, insisting his country’s policies are not meant to “hurt (the deal), but to preserve” it.