On Thursday, Chinese forces gathered in Shenzhen across the border from Hong Kong US President Donald Trump has expressed his concern about... 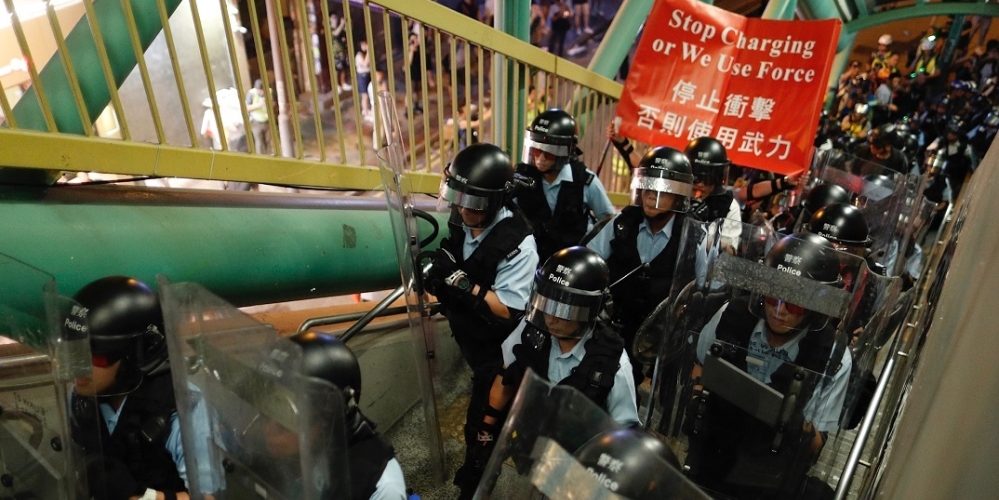 On Thursday, Chinese forces gathered in Shenzhen across the border from Hong Kong [Thomas Peter/Reuters]

US President Donald Trump has expressed his concern about the risk of a Chinese crackdown in Hong Kong, as he suggested that President Xi Jinping should take the extraordinary step of sitting down with protesters as a way to help de-escalate the situation.

Trump issued the statement on Thursday, as China warned that Beijing would not “sit by and watch” as the unrest in the semi-autonomous Chinese city continues.

“I am concerned,” he told reporters in New Jersey late on Thursday before traveling to a campaign rally.

Trump urged Xi to negotiate directly with pro-democracy protesters, saying: “I would be willing to bet that if he sat down with the protesters… I’ll bet he’d work it out in 15 minutes.”

Rory Green, a China specialist at TS Lombard economic and political research group, however dismissed Trump’s suggestion, adding that a compromise between the protesters and China is unlikely.

Trump also told reporters that a phone call was scheduled for him to talk “soon with President Xi.”

“We’ll be speaking to him very soon. I really believe he can work it out. I know him well. If he wants to he can work that out in a very humane fashion.”

Earlier this week, Trump had posted on social media that US intelligence believed Chinese forces were massing on the border with Hong Kong.

The weeks-long Hong Kong protests were sparked by opposition to a plan to allow extraditions to the mainland, but have since morphed into a wider — sometimes violent — call for democratic rights.

Protesters have accused authorities of carrying out violent crackdown and arrests.

Troops at the border

The movement represents the greatest challenge to Beijing’s authority since the city was handed back by the British in 1997 under a deal that allowed it to keep freedoms that many Hong Kongers feel are being eroded. 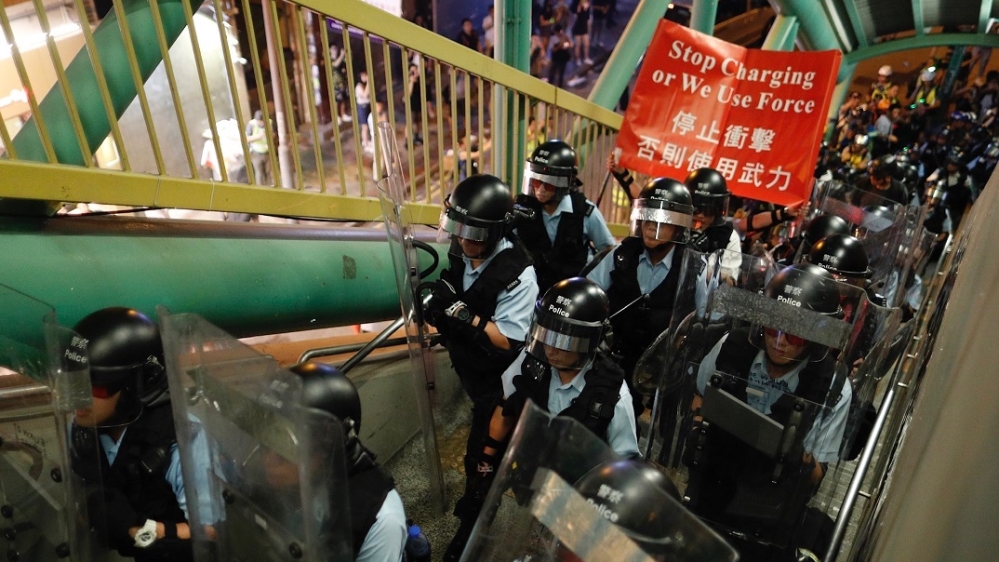 On Thursday, AFP news agency reported that thousands of Chinese military personnel have gathered across the border from Hong Kong, waving red flags and parading at a sports stadium in the city of Shenzhen.

Dozens of armoured personnel carriers and supply trucks were also parked nearby.

Chinese state-run media reported this week that the elements of the People’s Armed Police (PAP), which is under the command of the Central Military Commission, were assembling in Shenzhen.

Meanwhile, China’s ambassador to London, Liu Xiaoming, said Thursday that Beijing would not “sit by and watch”, warning that his government had “enough solutions and enough power to quell the unrest swiftly”.

Liu also warned other countries not to interfere with China’s internal affairs and “conniving in violent offences.”

Analysts have said the potentially catastrophic economic and political consequences will deter Beijing from any overt boots-on-the ground intervention in the global financial hub.

China has portrayed the protests as a foreign-funded attempt to destabilise the motherland rather than a popular revolt against its policies.