US President Donald Trump and his Venezuelan counterpart Nicolas Maduro have said that talks were under way between senior officials from their governments to attempt... 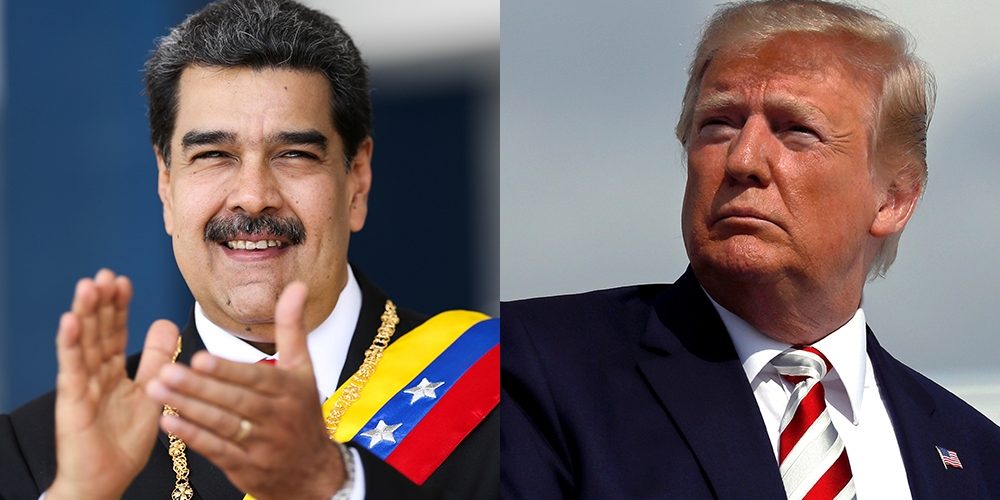 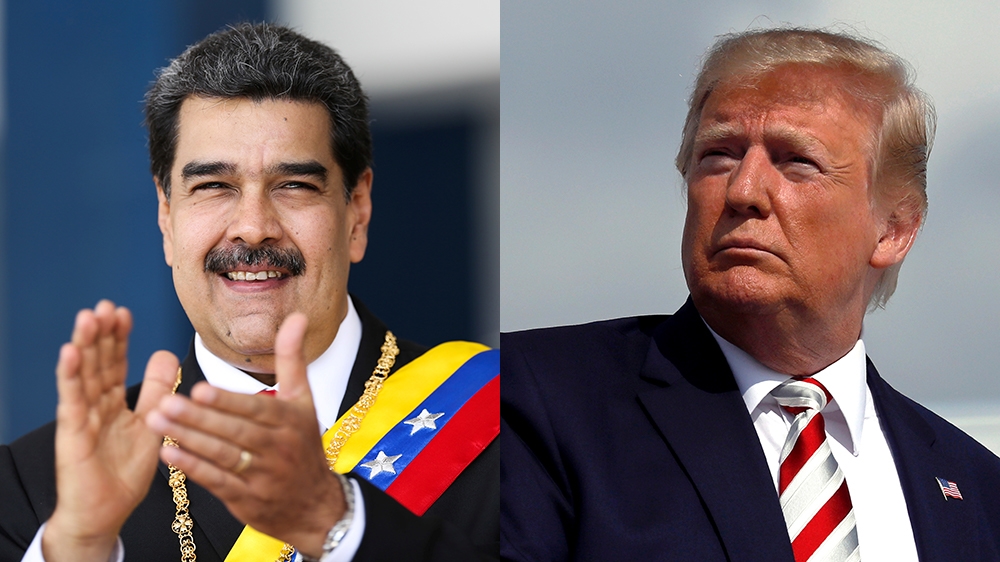 US President Donald Trump and his Venezuelan counterpart Nicolas Maduro have said that talks were under way between senior officials from their governments to attempt to resolve the South American country’s deepening crises.

“We are in touch. We’re talking to various representatives of Venezuela,” Trump told reporters at the White House on Tuesday.

He declined to say which officials were engaged in the talks, saying only that “we are talking at a very high level,” and adding that “representatives at different levels of Venezuela” were involved.

Maduro confirmed the talks later on Tuesday, saying that “for months, there has been contact between senior officials of the United States, of Donald Trump, and the Bolivarian government that I preside over,” in a message broadcast on radio and television.

He described the talks as “secret meetings in secret places with secret people that nobody knows”.

“Just as I have sought dialogue in Venezuela, I have sought a way in which President Donald Trump really listens to Venezuela,” Maduro said, also without confirming which officials were involved in the talks.

He followed up his address with a post on Twitter, saying Venezuela was “seeking to normalise the conflict that exists with the US empire”. “I believe in Dialogue, I believe in Peace!” it said.

Maduro’s comments came a day after Vice President Diosdado Cabello denied allegations that he was in secret talks with members of the US administration.

TRANSLATION: I reaffirm that we are seeking every option for dialogue so that president Donald Trump hears Venezuela’s truth and the voice of the Bolivarian Revolution. We seek to normalise the conflict that exists with the US empire. I believe in Dialogue, I believe in Peace!

Earlier this month, Maduro blamed Washington when he cancelled scheduled talks with his country’s opposition led by Juan Guaido, the speaker of the National Assembly who proclaimed himself interim president in January.

Maduro and a delegation representing Guaido have been meeting in Barbados as part of talks sponsored by Norway to resolve a political stalemate in the country that is suffering from a hyperinflationary economic collapse.

Venezuela has been rocked by political unrest since Maduro was sworn in for a second term in January 10, following elections largely boycotted by the opposition and criticised by the US, the European Union and others.

Tensions escalated on January 23 when Guaido declared himself interim president.

“We’re staying out of it, but we are helping it, and it needs a lot of help,” Trump said of Venezuela.

The US is one of more than 50 countries that recognises Guaido as Venezuela’s interim president, prompting Caracas to break diplomatic relations with Washington.

The US has been attempting to pressure Maduro through sanctions to step down and hold presidential elections, something he has steadfastly refused to do.

There was no immediate comment from Guaido on Tuesday, but opposition politicians are travelling to Washington to speak to US officials this week, at least four sources told Reuters news agency. Guaido is expected to deliver remarks early on Wednesday.

Russia, China, Iran and Turkey– along with some leftist regional allies – continue to support Maduro.

Oil-rich but cash-poor, Venezuela is suffering one of the worst economic crises in its history, with a quarter of its 30 million people in need of aid, according to the United Nations.

The UN estimates that at least four million Venezuelans have fled their country because of the economic situation, which has resulted in severe shortages of food and medicine.