It is beginning to look like Iran is behind a series of attacks over the weekend on key Saudi oil facilities, U.S. President Donald... 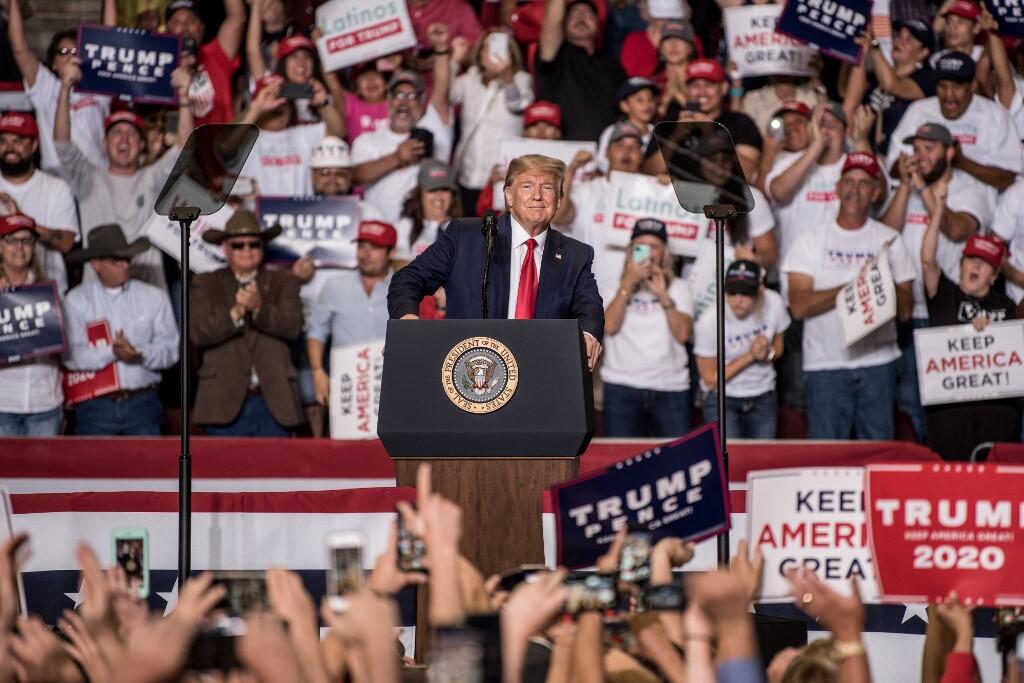 It is beginning to look like Iran is behind a series of attacks over the weekend on key Saudi oil facilities, U.S. President Donald Trump said Monday.

The president earlier Monday threw cold water on Iran’s official denial of responsibility for the Saturday attacks on an oil field and the sprawling Abqaiq oil processing plant in eastern Saudi Arabia.

Yemen’s Iran-backed Houthi rebels claimed the attacks on the Aramco facilities Sunday, warning foreign companies and workers against coming close to the company’s sites which, they said, might “be targeted again.”

Trump said that while the U.S. does not seek a conflict with Iran, “the United States is more prepared” for hostilities than any country in history.

“With all that being said, we’d certainly like to avoid it,” he said, emphasizing that there is still time to resolve tensions with Iran diplomatically.

Trump is dispatching Secretary of State Mike Pompeo and other top officials to Saudi Arabia in the aftermath of the attacks, which have sent the price of Brent crude soaring nearly 13% in late afternoon trading.

Trump denied promising Riyadh that the U.S. would provide the Kingdom with protection but said “we have to sit down with the Saudis and work something out.”

Later asked by a reporter if a military strike on Iran would be proportional to the attacks on the Saudi oil sites, Trump said he thinks it would. He further shrugged off the impacts of the weekend attacks on American oil prices, saying “it won’t affect us.”

Tensions have flared between Washington and Tehran since Trump chose in May 2018 to unilaterally remove the U.S. from a nuclear pact world powers struck with Iran that provided the Islamic Republic with billions of dollars in sanctions relief in exchange for unprecedented curbs on its nuclear program.

The Houthis, whose medium and long-range ballistic missiles are usually intercepted and neutralized by the Saudi air defense system, have repeatedly targeted strategic locations in Saudi Arabia with armed drones.

Yemen has remained wracked by violence since 2014, when the Houthi group overran much of the country, including the capital Sanaa.

The conflict escalated the following year when Saudi Arabia and its Arab allies launched a massive air campaign aimed at rolling back Houthi gains to support the country’s pro-Saudi government.

More than 70,000 people have been killed in the raging conflict since 2016, according to UN estimates.