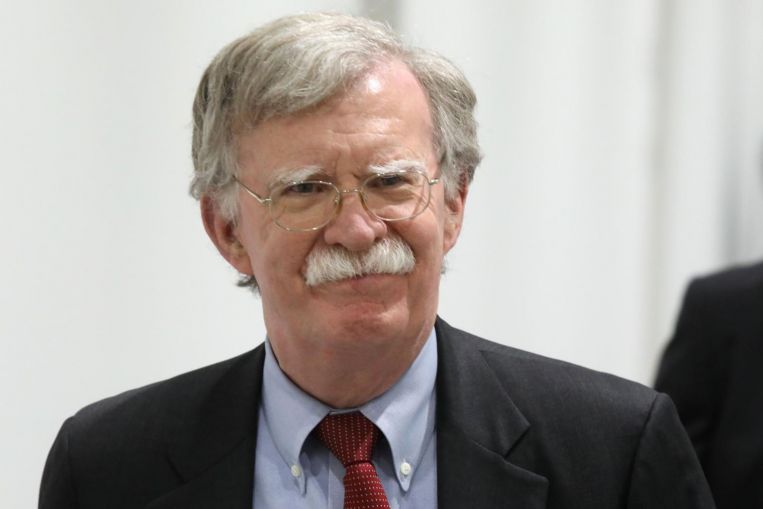 On his arrival in South Korea late on Tuesday, Mr Bolton tweeted that he was “looking forward to productive meetings with the leadership of our important ally and partner so vital to Indo-Pacific security and prosperity”.

The South Koreans are expected to bring up a trade dispute with US ally Japan, which has restricted exports of high-tech materials to South Korea.

Seoul has said the curbs could hurt global tech companies including Apple which use South Korean semiconductors and displays and has asked the US to help resolve the dispute.

Japan, which has denied that a dispute over compensation for South Koreans forced to work for Japanese occupiers during World War II is behind the export curbs, is now considering removing South Korea from a Japanese “white list” of countries with minimum trade restrictions, which would impose tougher conditions.

On Tuesday, South Korean officials said their warplanes had fired hundreds of warning shots near a Russian aircraft that was part of what Moscow said was its first long-range joint air patrol in the Asia-Pacific region with China, sparking a round of diplomatic protests.

The development could complicate relations and raise tension in a region that has for years been overshadowed by hostility between the US and North Korea.

Denuclearisation talks between North Korea and the US have stalled after a second summit between US Prtesident Donald Trump and the North’s leader Kim Jong-Un in Vietnam in February broke down.

Ms Na said she told Mr Bolton of “the importance of the South Korea-US alliance” in light of the airspace incident by Russian military aircraft, and said Japan’s export curbs are”not helpful” to the trilateral cooperation between Korea, the US and Japan. She did not mention Mr Bolton’s reply.

Denuclearisation talks between North Korea and the US have stalled after a second summit between US President Donald Trump and the North’s leader Kim Jong-Un in Vietnam in February broke down.