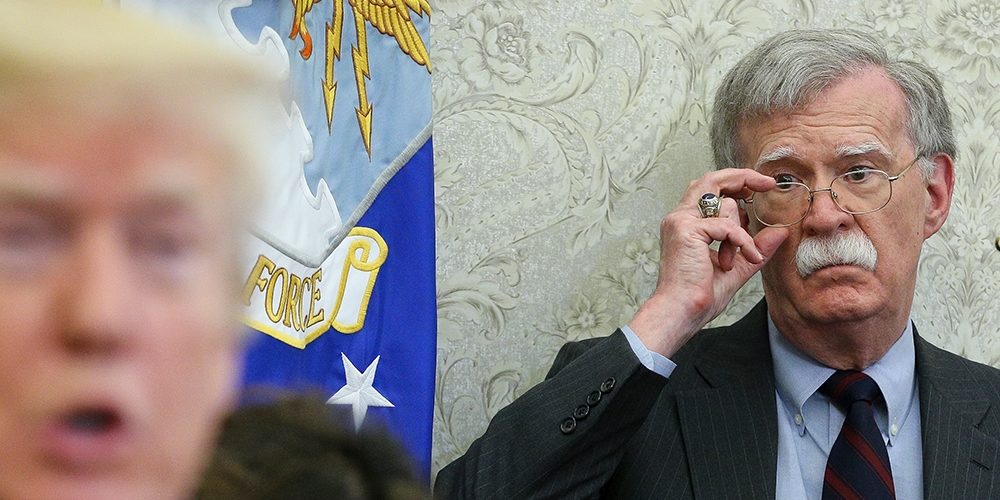 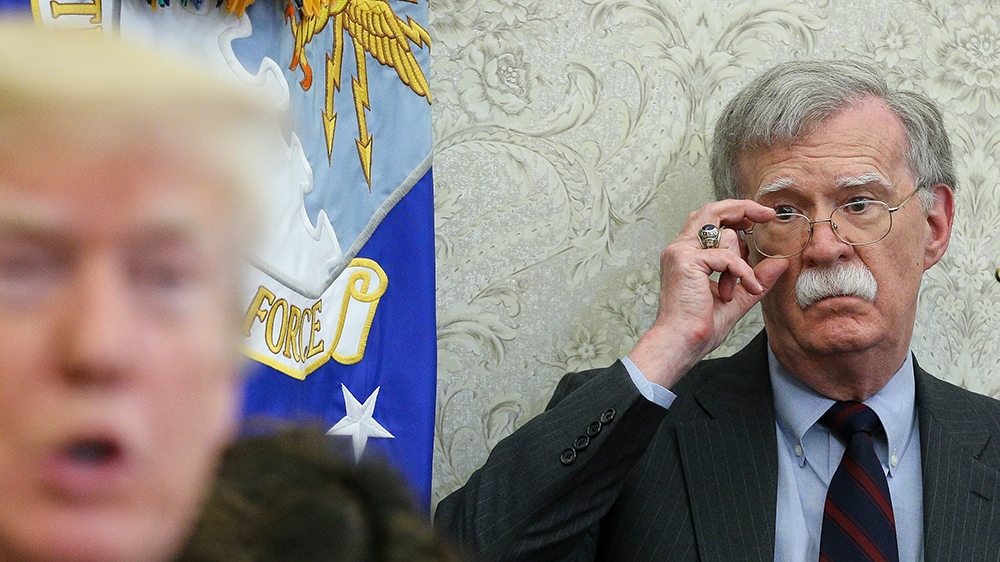 The sacking of John Bolton, US President Donald Trump‘s former national security adviser, is tied to a fundamental disagreement over the issue of easing of Iran sanctions, a Bloomberg report said.

Trump fired Bolton via twitter, saying he had “strongly disagreed” with many of Bolton’s hawkish positions, including relations with Iran and North Korea.

Taking aim at Bolton, Iran said the US should distance itself from “warmongers”.

Bolton offered a different version, saying he had submitted his resignation a day before.

While it is no secret the two men had not seen eye to eye on a number of key foreign policy issues, the timing of Bolton’s exit is more specifically linked to his pushback against Trump signaling his willingness to ease sanctions on Iran as a way to secure a meeting with President Hassan Rouhani, Bloomberg said.

Citing three anonymous people familiar with the matter, Bloomberg reported that Bolton had argued forcefully against the idea when it was brought up in the Oval Office on Monday.

After Steven Mnuchin, the treasury secretary, expressed his support for Trump’s idea, “Trump decided to oust Bolton” later in the day.

Bolton was a strong advocate of the US’ “maximum pressure” campaign on Iran, where he had spearheaded the US abandonment of the 2015 nuclear deal with Iran and reimposing sanctions. He has also long called for pre-emptive strikes on Tehran to destroy its nuclear programme.

Meeting Rouhani with ‘no preconditions’

According to the people cited by Bloomberg, the White House has begun preparations for Trump to meet Rouhani on the sidelines of the annual United Nations General Assembly during the week of September 23 in New York.

When asked after Bolton’s departure if Trump could meet Rouhani, Secretary of State Mike Pompeo – who for months has rarely missed an opportunity to bash Iran – was strikingly upbeat.

“Sure,” Pompeo replied. “The president has made very clear he is prepared to meet with no preconditions.”

Yet Trump has remained ambiguous on the subject of easing sanctions on Iran, telling reporters on Wednesday: “We’ll see what happens”.

On the other hand, Rouhani said he will only consider a meeting if the US removes sanctions, a prospect that is anathema for Bolton, who is close to Iran’s opposition armed fighters and in the past has called for military force and regime change.

According to Charles Kupchan, a senior fellow at the Council of Foreign Relations, now that Bolton is out of the picture, the chances of a military escalation in the Middle East has been reduced.

“It’s too hard to say if a meeting will happen given the question of whether it’s politically palatable for both leaders,” Bloomberg quoted Kupchan.

“But the likelihood of a meeting has gone up because one of its main detractors is now out of a job.”

The fractious relationship between Bolton and Trump has long been demonstrated in their disagreements over international policy.

On Wednesday, Trump said Bolton had been a “disaster” on North Korea policy, “out of line” on Venezuela, and did not get along with important administration officials.

Trump said Bolton had made mistakes, including offending North Korea’s leader Kim Jong Un by demanding that he follow a “Libyan model” and hand over all his nuclear weapons.

“We were set back very badly when John Bolton talked about the Libyan model … what a disaster,” Trump told reporters at the White House.

North Korea has denounced Bolton as a “war maniac” and “human scum.” Last year, it threatened to call off a first summit between Kim and Trump after Bolton suggested the Libya model of unilateral disarmament. In the past Bolton had proposed using military force to overthrow the country’s ruling dynasty.

Trump’s efforts to engage with North Korea nearly fell apart altogether in February after he followed Bolton’s advice at a second summit in Hanoi and handed Kim a piece of paper that called for the transfer of Pyongyang’s nuclear weapons and bomb fuel to the US.

Analysts say Bolton’s removal could help US efforts to revive the talks but will not make it easier for Washington to persuade Pyongyang to give up nuclear weapons.

Washington has given no indication so far that it will soften its demand for North Korea’s ultimate denuclearisation, even though with Bolton gone, the risky all-or-nothing gambit is unlikely to be repeated so bluntly.

“This change in personnel could carve out some space for new approaches or thinking about what defines success and how to achieve it,” said Jenny Town at 38 North, a Washington-based North Korea project.

“Whether it actually does or whether Bolton’s view was more deeply entrenched in US thinking on this matter is yet to be seen.”