Rouhani, right, listens Zarif prior to a meeting in Tehran, Iran The United States has issued visas allowing Iranian President... 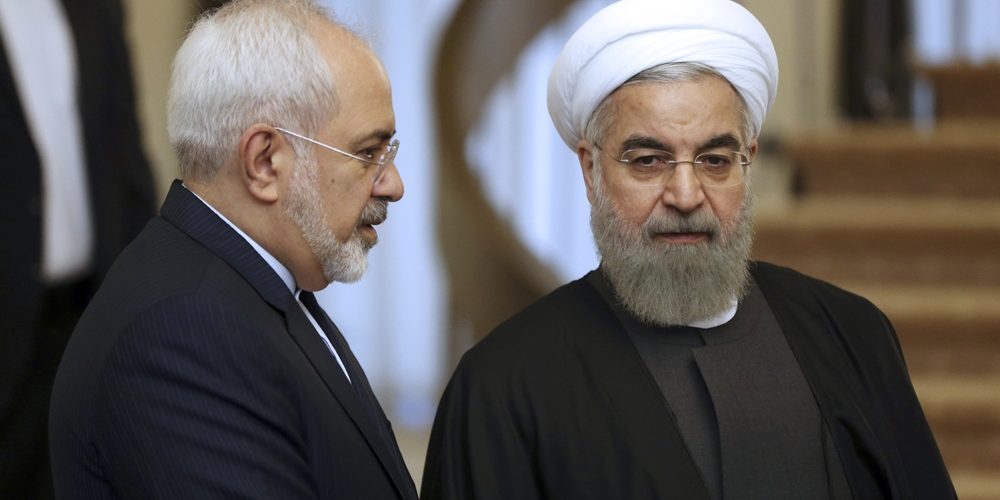 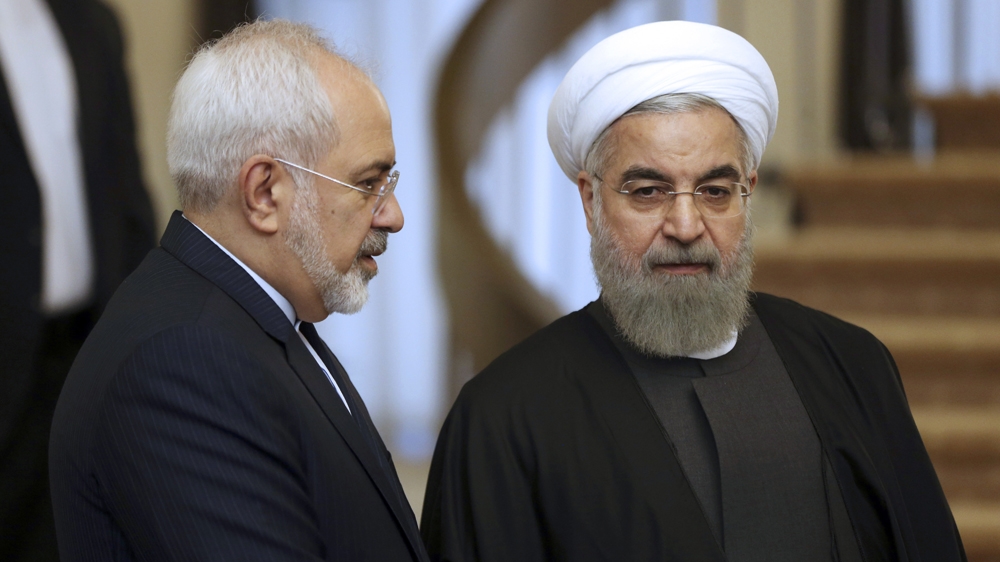 Iran’s foreign minister spokesman said in a tweet that Zarif was set to leave for New York on Friday.

Zarif said earlier on Thursday that US Secretary of State Mike Pompeo was trying to delay issuing visas for the Iranian delegation to the upcoming United Nations General Assembly.

“@SecPompeo tries to dodge US obligation to issue visas for UN delegates by resorting to self-arrogated designation,” Zarif tweeted.

US Secretary of State Mike Pompeo had declined to comment specifically on the case on Wednesday, saying “We don’t talk about granting or absence of granting of visas.”

“If you’re connected to a foreign terrorist organisation, I don’t know,” he added. “Seems to me it would be a reason to think about whether they have to be permitted to attend a meeting which is about peace.”

As the host government, the US generally is obliged to issue visas to diplomats who serve at UN headquarters.

‘We won’t blink to defend our territory’

The reports came as the US and Saudi Arabia considered its response to last weekend’s attacks on Saudi oil facilities.

Tehran has repeatedly rejected allegations it was behind the attacks, which hit the world’s biggest crude processing facility and initially knocked out half of the Saudi production

Zarif, speaking to CNN on Thursday, warned that any attacks on Iran will result in an “all-out war”.

“We don’t want war, we don’t want to engage in a military confrontation,” Zarif said. “But we won’t blink to defend our territory.”

Yemen’s Iran-aligned Houthi rebels claimed responsibility for the attacks, but the US alleged the attack involved cruise missiles from Iran and amounts to “an act of war”.

Saudi Arabia said on Wednesday that Iran “unquestionably sponsored” the attacks and the weapons used were Iranian-made – but did not directly blame its regional rival.

After meeting with Saudi Crown Prince Mohammed bin Salman (MBS) on Thursday, Pompeo tweeted that the US backs the kingdom’s “right to defend itself” and that “the Iranian regime’s threatening behavior will not be tolerated”.

Trump ‘not looking’ to meet Rouhani

The new violence has led to fears that further action on any side could rapidly escalate a confrontation that has been raging just below the surface in the wider region in recent months.

Last month, Trump called off a military attack on Iran at the last minute after Tehran downed an unmanned US military drone. Iran maintains the drone was in Iranian airspace. The US says it was in international territory.

Those tensions have been boiling ever since Trump pulled the US out of Iran’s 2015 agreement with world powers that curtailed Iranian nuclear activities and the US reimposed sanctions that sent Iran’s economy into freefall.

Iran has ruled out talks with Washington unless it returns to the pact.

Trump said earlier this week that he is not looking to meet Rouhani during a UN event in New York.