US is Tightening the Screws on Iranian Economy

Al-Arab, London, April 27 The US administration announced that the exemptions that were in force with regard to the purchase of Iranian oil will... 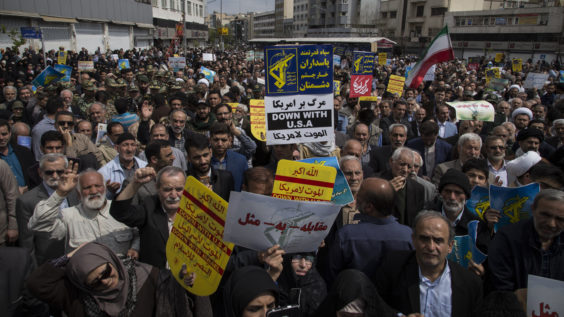 The US administration announced that the exemptions that were in force with regard to the purchase of Iranian oil will end in early May. The exemptions included eight countries – Turkey, India, China, South Korea, Japan, Italy, Greece and Taiwan. While most of these countries are expected to comply with the US resolution, both Turkey and China have defied the new procedure through a series of statements rejecting it. However, the chances of tightening the screws on the Iranian economy seem very large because of the multiplicity of US pressure cards on countries cooperating with Iran. Despite speaking out against the decision, Turkey’s wiggle room against the United States is very narrow. Tensions between the countries peaked about a year ago with the detention of an American pastor, Andrew Brunson, by Turkish authorities. Washington responded with a series of diplomatic and economic sanctions against Turkish officials and companies. Later, the administration of President Donald Trump increased tariffs on Turkish imports, forcing Ankara to release the pastor. While Turkey exports about $3 billion [in goods] to Iran, its exports to the United States are three times that. These facts point to Ankara’s weak ability to resist the US desire to tighten sanctions on Tehran. China, for its part, is the biggest importer of Iranian oil, and its commitment to the US decision will be necessary for its success. But this collides with the huge economic role played by Beijing and its refusal to appear as a puppet of the US administration, especially in the midst of intense and complex negotiations on trade between the two countries. This may push it to challenge the US decision and continue to import oil in the coming period. However, in the long term, Washington can exert pressure through multiple channels and raise the cost of non-compliance. We should not forget that US pressure pushed China to agree to Security Council resolutions that tightened economic sanctions on Iran before signing the nuclear deal in 2015. Ultimately, the chances of success of the American plan seem great because the implementation of the US decision by the countries concerned will not cause major economic damage on the global scale. Iranian oil can be compensated for by the Gulf states, which pledged to increase oil production and cover the deficit created by the absence of Iranian oil. On the other hand, failure to comply with the resolution will have significant consequences, as past decades have proved Washington’s ability to employ the weapon of sanctions very effectively and paralyze the economies of non-compliant countries. The United States has no choice but to press ahead with tougher sanctions. After withdrawing from the nuclear deal, Washington found itself faced with two options: war with all its risks, or escalating sanctions to unprecedented levels. The Trump administration is not looking to sign another Obama-era agreement with Tehran. Rather, it hopes that the sanctions will deepen the crisis for the Iranian regime and lead to major domestic strife that will pave the way for a new Iranian leadership. – Salam al-Saudi (translated by Asaf Zilberfarb)