A U.S. helicopter flies over Iranian patrol boats in December, as a U.S. aircraft carrier sailed into the Persian Gulf. BEIRUT—A U.S. conclusion that... 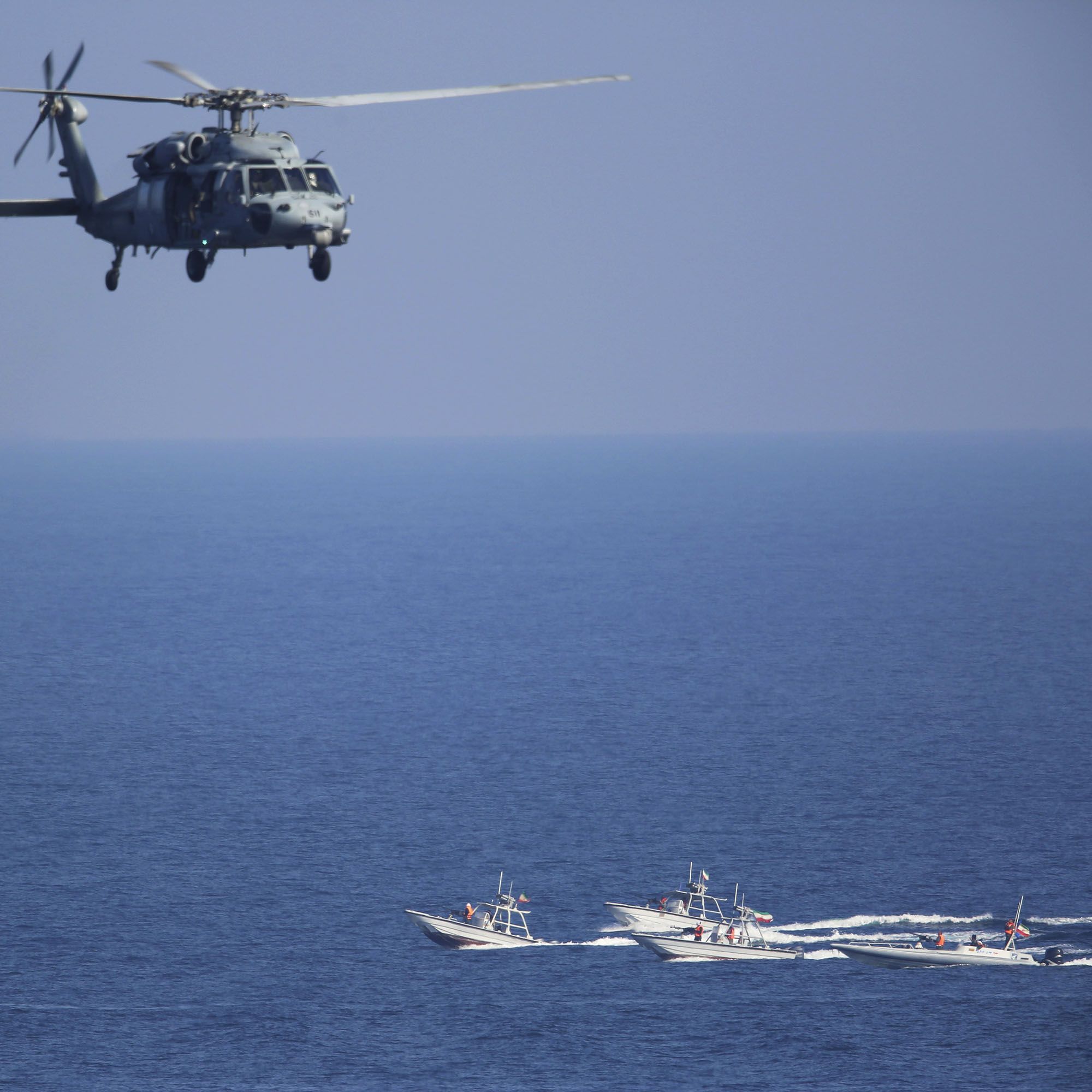 A U.S. helicopter flies over Iranian patrol boats in December, as a U.S. aircraft carrier sailed into the Persian Gulf.

BEIRUT—A U.S. conclusion that Iran was behind recent strikes on oil tankers has reignited concern about Iran’s ability to wage guerrilla warfare in one of the world’s most vital waterways.

In response to U.S. efforts to halt Iranian oil exports, Iran has repeatedly threatened to close the Strait of Hormuz, which connects the Gulf of Oman to the Persian Gulf. One-third of the world’s oil and liquefied natural gas is transported through the strait, and its closure would interrupt global energy supply and could trigger a naval conflict.

Iran has a conventional navy, but it is the parallel navy of the Islamic Revolutionary Guard Corps that makes waters off Iran potentially treacherous. The Iranian paramilitary force is equipped to swarm hostile vessels with smaller, fast boats armed with torpedoes and short-range missiles, mine the strait and traverse it with aircraft. 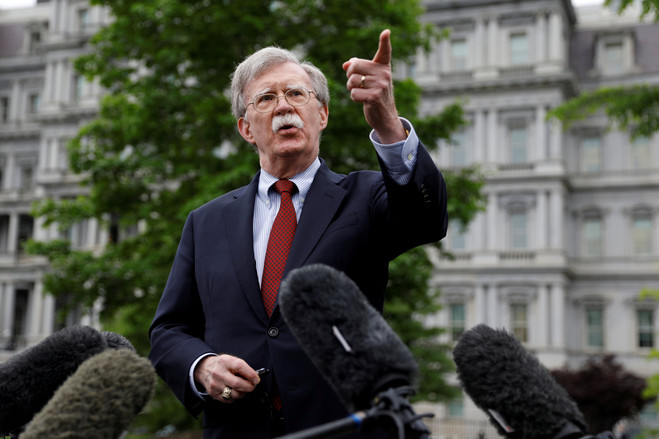 National security adviser John Bolton, shown in Washington in early May, on Wednesday accused Iran of sabotaging oil tankers.Such tactics seek to tilt the scales in favor of a combatant that is nimble and willing to absorb losses.

“Each individual vessel is expendable and constitutes only a fraction of IRGCN combat power,” said James Holmes, the J.C. Wylie Chair of Maritime Strategy at the Naval War College, referring to the Revolutionary Guard’s navy. “Losing one makes little difference, but each one punches above its weight.”

The confined waters of the Strait of Hormuz, which narrows to 1.6 nautical miles, hinder large vessels from maneuvering, an advantage for Iran’s technologically inferior forces. 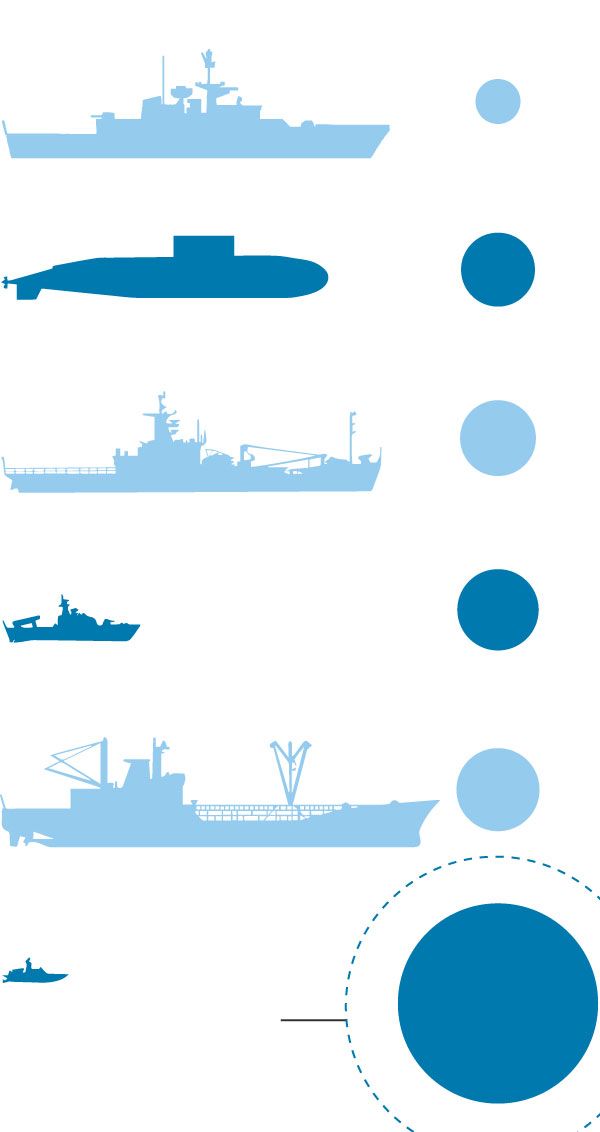 140 identified vessels in a fleet of hundreds

Iran can harass vessels, as it has in the past, detain foreign ships or take other actions that don’t cause enough damage or casualties to warrant military retaliation, but remind its adversaries of its reach and capacity to disrupt trade.

The recent tanker incident is a perfect example, said Michael Connell, an expert in Persian Gulf security with the Virginia-based Center for Naval Analyses who also assumed Iran was responsible.

The Trump administration, in response to what it called growing Iranian threats, said this month it would send an aircraft carrier with accompanying vessels to the Persian Gulf, deploy an additional 1,500 troops to the Middle East and fast-track weapons sales to Saudi Arabia and the United Arab Emirates.

The U.S. moved this week to ease tensions. President Trump said Monday that he wanted to begin negotiations on how to end Iran’s nuclear ambitions.

“I think we’ll make a deal” with Iran, he said. “We’re not looking for regime change. I just want to make that clear. We’re looking for no nuclear weapons.”

Mr. Bolton also seemed to ease off on his hawkish rhetoric on Wednesday, saying that the U.S. was “trying to be prudent and responsible” in attempting to avoid war with Iran.

In the event of a conflict, “the closing of the Strait of Hormuz would be a sideshow,” warned Mohammad Marandi, an analyst at Tehran University whose views often echo those of Iran’s security establishment.

Iran, he warned, would swiftly attack oil and gas facilities of any country supporting an offensive against it, leading to a refugee crisis in Europe and catastrophic consequences for the global economy. As a result, he said, “the belief here is that the chance of a conflict is low.” 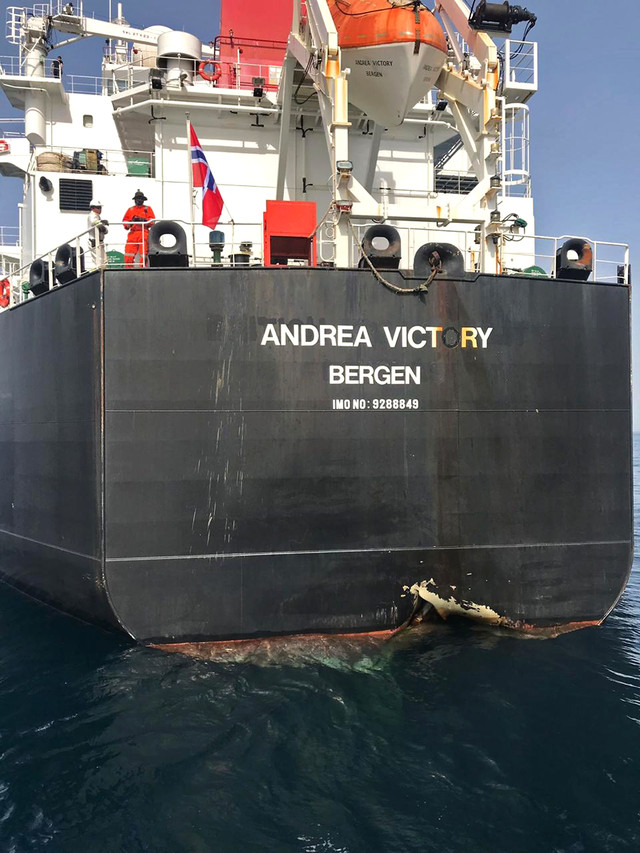 A Norwegian oil tanker damaged in May by what the U.S. said was an Iranian mine.
The U.S. and Iran have clashed at sea before. When the U.S. in 1988 sent a frigate to the Persian Gulf to protect Kuwaiti tankers against Iranian speedboat attacks, the warship struck an Iranian mine, blowing a hole in its hull. In response, the U.S. destroyed two Iranian oil platforms, sank one Iranian frigate and wrecked another along with three of its armed speed boats.

Iran’s parallel navies, since 2007, have had a division of responsibility: the IRGC protects the Persian Gulf and shares responsibility for the Strait of Hormuz with the conventional navy, which patrols the Gulf of Oman and the Caspian Sea and has an operational range that extends to Indonesia.

The IRGC Navy received at least 46 fast attack craft from China and North Korea between 1996 and 2006, according to the Office of Naval Intelligence.

How can the U.S. and Iran ease tensions in the Middle East? Join the conversation below.

Iran’s regular navy operates with medium-size vessels and the only fleet of submarines owned by a Gulf country. In the 1990s, Iran received three Kilo class submarines from Russia that can be armed with torpedoes, surface-to-surface missiles and mines. Iran has produced about 13 midget submarines, also carrying torpedoes, modeled on one it received in 2004 from North Korea. In February, Iran commissioned its first domestically produced coastal submarine, according to the Office of Naval Intelligence.

Central to Iran’s naval defense is its stock of antiship ballistic missiles with a range of about 300 kilometers (186 miles).

Iran’s most powerful weapon may be its access to the Strait of Hormuz. Naval war experts estimate that Iran could close the Strait for up to four weeks with its combined force of asymmetric warfare, submarines and naval blockade.

But in addition to the damage inflicted by a U.S. military response, Iran’s economy would suffer. It depends more than any country on oil that is transported through the Strait.

—Rory Jones in Abu Dhabi contributed to this article.